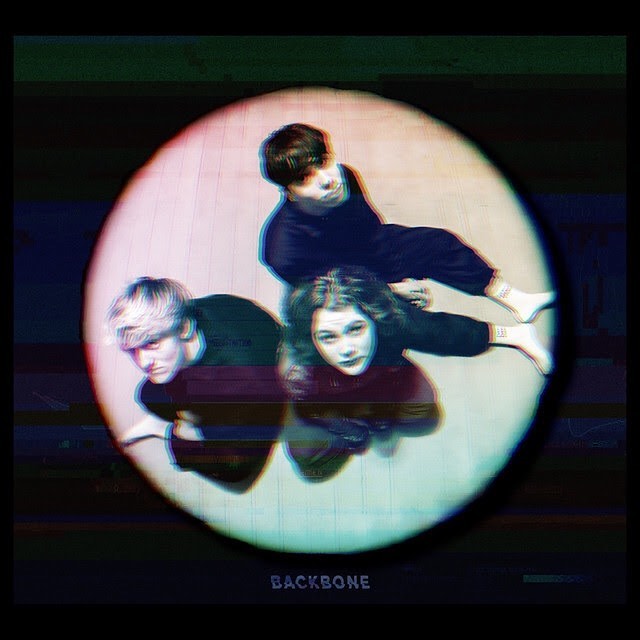 I’m going to have to admit to a thrill of excitement as I opened up the preview stream for Artio’s EP. Six songs, six slabs of Artio loveliness. It’s a slight aside but doesn’t six tracks take this almost into that mini-album area, or perhaps that’s just me still thinking of things in terms of vinyl.

For those of you who haven’t been keeping up with my reviews of Artio – both live and their releases – I was, and still am to a certain extent, somewhat perplexed by quite why I love what they do as much as I do. Big synth pop, or for that matter alt-pop which I’ve seen them described as, is just not my usual thing. Yet from the moment I heard their music, I was hooked. I’ve basically given up self-analysing that. I’ve decided that it’s Hol’s voice, and the sheer inventiveness of the way their music is put together that does it. There is nothing run of the mill about it, there are these ‘little touches’ that raise it way way above the average. It’s just good, really really good, music.

Anyway now you know where I am with Artio, on with the review (About time too, enough of this introspective soul gazing – Ed). But before that (Get on with it already – Ed) I need to warn you that there will be gushing.

The opening track – ‘Hide Them From Me’ – is one that’s going to get you up and dancing. It has this halting rhythm that makes this slightly difficult, but persevere my friends. I am not known for dancing – as Maisie the LSF cat made obvious by a look that I can only describe as a sheer look of contempt – but this did that to me. My New York based friend (who I sometimes ask to help me write reviews) described this as a ‘dancefloor banger’, I wouldn’t disagree. If it did that throbbing halting thing the whole way through it would be great, but the fact that it breaks down and then builds back up makes it brilliant. And Hol employs what I can only call a variety of vocal techniques – her voice soars, it pounds out the words, it goes all angelic in the breakdown.

And now for something different. ‘Arrow’ is a slower sparser song. Hol almost breaths the vocals over what I can only describe as a beautiful backing, before building to a chorus which is so heartfelt it aches. And that backing, while it may sound simple, isn’t. Repeated listening rewards you with these touches of sound that flit through the mix. Touches of sound that provide atmosphere and depth.

‘Scissor Kill’ is a ‘big synth ballad’. But from its voice and quiet intro it compels you to listen, it draws you into its soundscape. The thing about this track is that, for me, it’s all about Hol’s voice. The fact that you hear her gulp down breath in places is something that makes it real, you can hear the effort she’s putting into the vocals.

The first time I listened to ‘Dancing In The Ashes’ I misconstrued what the song was about completely. For some reason I interpreted it as being about a dying relationship, for this I apologise. It is of course not about that at all, but about global warming. Of course, (I’m back-pedalling desperately I agree) you could argue that this is about the human race’s relationship with the Earth. You should know that environmental issues are something that are close to Artio’s hearts. This is a song that you need to listen to, and listen to properly, the words are very important. And musically it’s beautiful. Although there’s this disconcerting bassy blast that runs through the track. It switches between smooth and rhythmic. Those smooth sections are atmospheric, really atmospheric.

‘Fear Is Funny’ is another song about environmental issues. At least that’s what I’m assuming from the found voice intro (and it’s really bugging me where that came from, it’s familiar but I can’t quite remember from where). I may be wrong, I do get song topics wrong sometimes. Musically it’s haunting. It’s emotional. It’s slow, and feels big, it feels huge. Funny this isn’t, it feels really sad.

The closing track – ‘Backbone’ – burns. It’s a slow track. It’s dark, way dark. It starts with a piano, repeated notes and then it builds into something huge. And as it played I felt dragged into it, into something dark and slightly scary. Musically it sometimes soars, and sometimes skitters. It’s disconcerting. But it’s incredibly beautiful. This is a song I keep coming back to, time and time again.

Artio are no one trick pony, and these songs show that, they show that in spades. There are songs that get you up and on your feet, there are songs that have incredible depth and beauty, and there are songs that show that Artio are willing to tackle big and important issues. They show, yet again, that synth based music can have soul and emotion, and sound organic. Artio put their music together with skill and craft but they don’t polish it to a point of ridiculous perfection – Hol’s vocals sometimes have her breathing left in, there are points where her voice is not ‘perfect’ (but it is amazing, Hol can really really sing). But somehow this makes it more perfect, there is a perfection in the things that make it sound as though her vocals are done in real time, that they haven’t gone back and over-dubbed again and again.

And musically there is nothing straight forward about Artio, there are sounds that surprise, sounds that skitter through the mix, extra layers of vocals that are artfully placed and arranged. And repeated listening is rewarded as the sounds in the songs gradually open up to you.

All of this is true but in a way it’s not the important thing. The important thing is that these songs have soul, emotion and depth, and are beautiful. And that you can connect with them emotionally. That’s what good music is, and does. And this is really really good music. At the end of the day that’s why I love what Artio do.

If you’re new to Artio, then these songs are a really good introduction to the band. Listen to this and then go back and listen to their previous releases.