This album was made during lockdown, that much is obvious from the title. But what won’t be obvious, unless you’ve been listening to his regular livestreams, is that each song was written in the week between livestream performances. With the song being debuted during a livestream.

For this album Tensheds has returned to his piano, in contrast to last album I reviewed ‘Deathrow Disco’ which featured organ. And yes there are other instruments, other sounds there, but they serve to help highlight the piano.

The opening track – ‘Ticking Clocks’ – has something of Bruce Springsteen about it. It’s a big big ballad with those big swells and dropouts. He sings of waiting for time to pass, of waiting for tomorrow. Something we can all relate to. And it has the feel of something that has always existed, hearing the song for the first time is like greeting an old musical friend. That feel and to a certain extent the topic is heard again in ‘The Bridge Song’ a sparse song musically but just as effective at tugging on your emotions.

‘Mirrors’ shifts between twinkling sounds and a huge chorus. His vocals go from whispering to huge and full of raw emotion. The beauty in its simple music and the vocals, the words is almost too much to bear. And look this changes – at times there is just quiet piano, and only that. The addition of simple synth just serves to emphasise quite how good a piano is at providing all a song needs. ‘Cotton Wool World’ as well as being a wonderful song is also an object lesson in how just by varying the volume of a piano you can create a whole world of emotion.

And now for a change of style; Hell Is In The Water’ is a more uptempo song built around a halting piano figure. In some ways it reminds me of Tom Waits – early Tom Waits that is. And then Tensheds breaks into jazz, and it’s a bloody joy.

It’s at this point that I’ve realised that the rest of the review will probably descend into a repetitive ‘this is beautiful’ and ‘this is wonderful’. And this is entirely true, the songs on this album are beautiful and wonderful.

And he continues to vary the style and feel ‘Into The Light’ has me somewhat in mind of Jim Steinmen, ‘The English Way’ has hints of country and strangely The Bonzo Dog Band.

‘Girl I’m Sorry’ has a richer feel musically – there is something I could swear is guitar. Look I appear to have drifted to a full track-by-track here but the thing is I love this song, and I’ve loved it since the first time I heard it. If ever there was a song deserves to be placed alongside some classic Meatloaf songs, this is it.

The problem with this album, and it’s a good problem, is that there isn’t one song that feels like filler. Every song has received his songwriting and musical skill and craft. Every song is musically absolutely brilliant. Tensheds’ vocals are just the right side of cracked – think Tom Waits, think Bruce Springsteen at his most emotional.

Every song tells a story or encapsulates an emotion; listening to the whole album is to go on an emotional journey, a journey full of beauty and wonder. Each song reminds us that the piano is such an effective and versatile instrument.

This album is a must, it’s something you must listen to. It’s an album to be cherished as a classic. 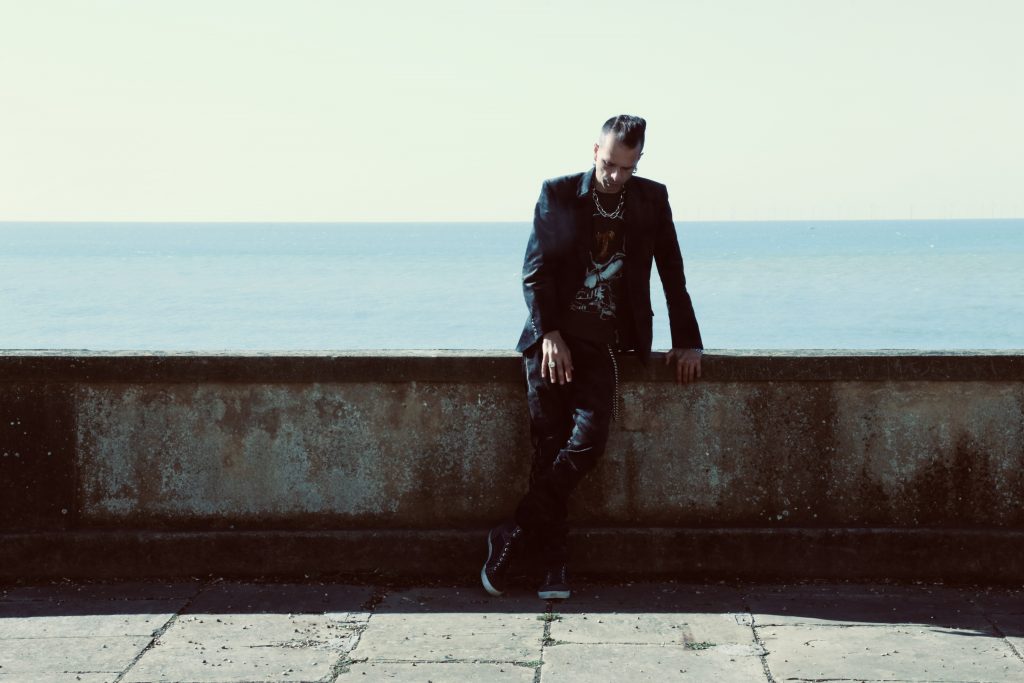 It’s March 22nd and Tensheds is performing his first ever live stream, having just cancelled a 42 date UK tour, when a fan challenges him to “write a new song and play it next week”. It was this moment that the acorn for this album was planted, and a series of weekly live streams was born.

One week later, and never one to shy away from a challenge, Tensheds performs the new song. He then wowed his online audience by announcing he’ll write and perform a new song every week throughout lockdown, and that these songs will form a brand new acoustic album called ‘The Days Of My Confinement’
.
Fast forward ten weeks and Tensheds is premiering the entire album, as well as sharing his
birthday with his final live stream – which had know become affectionately known as the Punk Palace Sessions.

Talking about the album,

“Behind the large black studded Victorian door that separated me from the eerily empty streets, I immersed myself his this body of work. It became my whole world. Writing, performing and recording the songs all at the same time was intense. The challenge of creating a body of work that would reflect this historic moment in our lives, yet still be relevant beyond it was immense. ‘The Days Of My Confinement’ isn’t my story at all, it was never going to be. These songs were written during incredibly sad and difficult times and I want people to be able find themselves in this music”
.
Recording the album in lockdown meant the multi-instrumentalist was isolated in his makeshift home studio, playing all the instruments as well as taking on the roll of producer and engineer – never have the words ‘solo album’ been more apt. It was only natural then, that such an album would become ‘A Celebration of the Piano’.

Drawing on his classical training gained from the Royal Scottish Academy of Music, Tensheds constructs intricate and elaborate Rachmaninoff inspired arrangements that showcase his virtuosic musical prowess. He builds layers of pianos to create thick luscious textures on tracks such as Ticking Clocks which then contract amazingly to the unnervingly bare songs like Cotton Wool World. There is nowhere to hide on this record, not that Tensheds needs to when you sit him behind a piano.

What adds to the uniqueness of this album is the fact that Tensheds shared the entire journey directly with his fans. From writing the songs through to recording, he opened the doors to the whole process; “I’ve always been quite private about everything, especially art in its un-polished form, and to be honest I wasn’t into the whole online vibe. However, once I embraced this and the ability to share everything directly with my fans, it was incredible. I was genuinely heartbroken when it all stopped”.

Once recorded, Tensheds handed over mixing duties to Jez Leather at the Dynamite Jet Saloon, going through the process of mixing via email and phone calls due to lockdown restrictions. Jez absolutely compliments Tensheds vision and brings this unique record to completion.