Reverend & The Makers release their sixth album, ‘The Death Of A King’, through Cooking Vinyl, on Friday 22nd September. The first song to be taken from the album, ‘Too Tough To Die,’ was premiered on BBC 6 Music Steve Lamacq show on Wednesday, is available on June 2nd upon pre-ordering ‘The Death Of A King’ from: https://rntm.lnk.to/TDOAK

‘The Death Of A King’, the followup to the Top 20 album ‘Mirrors’, was recorded at Karma Sound Studios, Thailand with additional recording at 2Fly Studios & 1984 Studios (Sheffield) and produced by Dave Sanderson. It will be available on CD, Deluxe edition CD, 12” Vinyl, limited edition 12” vinyl, cassette and digital download. The album can be pre-ordered from the bands website: www.reverendmakers.com and iTunes https://RntM.lnk.to/TDOAKPR/itunes

The video for ‘Too Tough To Die’ is an extract from a film shot in Thailand and directed by Shaun James Grant. Following the critical success of previous album/film ‘Mirrors’, which saw the band decamping to Jamaica, ’ The Death Of A King’ follows the band as they arrive in a remote fishing village in Thailand to record and film, however things take an unexpected twist when on the day of arrival the controversial king of Thailand, Bhumibol Adulyadej, dies.

Jon McClure: “We loved the recording abroad thing after the last album. Gives the albums a flavour of their own and so we thought we’d give Thailand a try, take the family and all that. I’ve been there before and Pete and Carl raved about Bang Saray so we took all the gang out there. Loads of us. It had finally got back to that big collective I’d always wanted to create. Having long since given up the notion of being number One, we resolved to just make tunes we liked. Ryan’s mrs played bass for a tune, the wives and kids sang backing vocals. Being so far away from home and my family (Laura couldn’t come as she was pregnant) meant I was starting to go a bit mental by the end. I kinda feel like some of that comes thru in the tunes a bit too. I’m kind of off trying to recreate ‘Heavyweight Champion of the World’. I’m 35. I have a new set of concerns . I see the world in a different way now so I’m trying to be true to who I am today.” 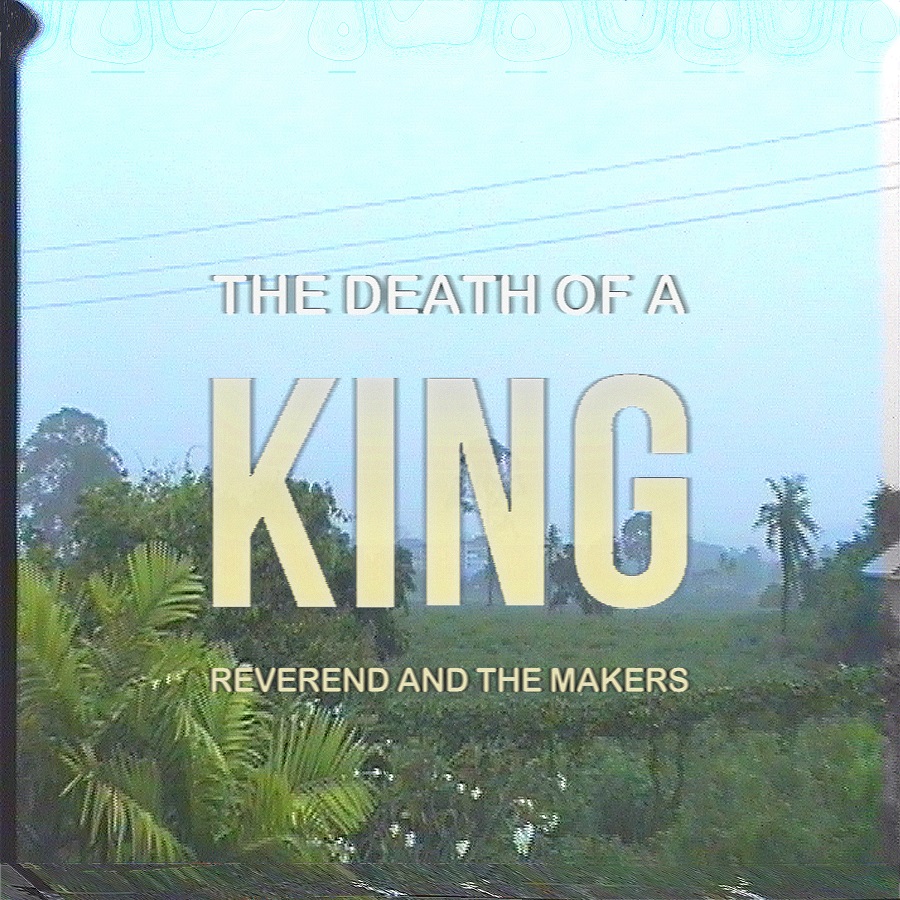 Reverend & the Makers were originally born out of a collective of musicians, ‘The Death Of A King’ renews the original spirit of the band and sees lead vocals shared on certain songs with other band members ‘Juliet Knows’ (Joe Carnell), ‘Auld Reekie Blues’ (Eddie Cousins) and ‘Black Flowers’ (Laura McClure).

The full tracklisting for ‘The Death Of A King’ is:

Reverend & The Makers have announced five shows in October and November, with support from Will And The People. Tickets go on sale at 9am on Friday 2nd June from: http://gigst.rs/RATM