Thomas & The Empty Orchestra is the music of Thomas Matthew Bower – formerly of the band O Captain. In his songs he explores topics of love, loss, obsession and lust. The project was born in 2013 as a means of dealing with his severe depression but came back into focus in 2016 as a result of the breakdown of his band.

He is influenced by artists such as Bon Iver, Iron & Wine, Fleet Foxes and the broader American emo scene, as well as other artists as we will see.

Thomas has played with artists like Jon Gomm & Crywank as well as having closed the acoustic stage for Fieldview Festival 2016 and headlining the Café Nero stage at Tramlines Festival 2016.

We took the opportunity of a new Thomas & The Empty Orchestra release – ‘A More Equal Punishment’ to ask Thomas some questions.

You mention some contemporary influences – like Bon Iver and Fleet Foxes. Are there other less recent artists that are influences on your song writing style?
Actually, I probably draw more influence from further back than the more contemporary artists I’ve mentioned; Nick Drake is a huge influence, Paul Simon (Graceland sits comfortably as what I would consider to be the greatest album ever recorded), Buckingham Nix/Fleetwood Mac. John Martyn was one of the biggest influences on me to explore what’s possible with the acoustic guitar.

You’re very upfront about your depression. Firstly is song writing something that for you helps you deal with it, and secondly does this mean that your songs are personal statements of things you feel you NEED to get off your chest?
Writing helps immensely, but it was the absence of playing music that I think helped me to recognise I had a problem in the first place. I took some time away from it after the break up of an old band and completely imploded. I spent a long time trying to fill the gap with sex or drinking or whatever made me feel temporarily good, but writing and playing music is the thing that has helped me the most. And yes, definitely, there are songs that I play on stage and being able to scream and shout and engage with people like that gives a catharsis that I’m yet to find anywhere else.

And do you think it’s important for people to be upfront about their depression?
I think it’s incredibly important, but it can also be incredibly daunting to do so. It’s a cliche, but the first step is admitting you need help, respect that (contrary to occasional evidence to the contrary) people are fundamentally good, they will help if you need it.

Your songs sound and feel very intimate – this is difficult to describe but things like the sound your fingers moving on the guitar strings give me this feeling – is this something that falls out of the songs themselves? Or is it just how you write?
I think intimacy is just a natural by product of how I write. I try to be honest in my writing, a kind of warts and all poetry, whether it’s talking about my own indiscretions (of which there are many) or trying to explore lust and longing and love and all those other tropes. I had the great pleasure of working with my friend Nathan Bailey at Toolmaker Studios on ‘A More Equal Punishment’ who really got how that might translate in terms of production, we wanted it to feel like I was in the room with you, no histrionics, just telling a story, a little confessional.

What comes first for you the words or the music? Reading your lyrics the feeling I get is that they’re not something that is thrown together but crafted over a period of time.
Lyrics are the most important thing to me when writing a new song, and they tend to come together over a long period. I write down all the little notions that I have throughout the day, and then slowly develop them into couplets and stanzas over time. ‘A More Equal Punishment’ came from a joke I made to a friend about love being more labour than Sisyphus could manage, and developed from there. I’d recently come out of a pretty toxic situation, but wanted to explore the idea of longing for something even after it’s been evidenced that it hurts.

Is there more music to come in the near future?
Yes! I’ll be releasing a few more bits and pieces over the upcoming months, live sessions and sketches of songs prior to releasing a new EP in the first quarter of next year. I’m going to be experimenting a little more, it’s a broader canvas to play with. I’m incredibly excited to share what I’m writing now.

Do you have live dates booked, where can people catch you live beyond your single launch?
There are no (announced) dates at the moment, but I will be making some announcements very soon, and am in the process of arranging some touring for early next year. 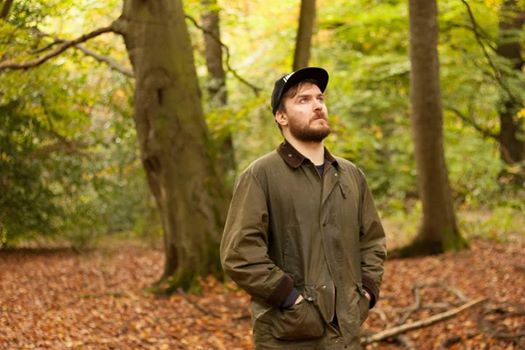 I’m not a huge fan of the current crop of singer/songwriters – with some exceptions – but Thomas’s track, to my ears anyway, does bear the influences of less recent artists like Nick Drake (a personal favourite). His voice has that quiet depth that is way more effective at conveying emotion and feeling for me than a forced tortured vocal. I’m not saying a tortured vocal doesn’t work, it can, but to me there are very few people who can carry it off effectively.

Behind that voice is a really effective ‘simple’ arrangement. I say ‘simple’ as I know there’s a lot going on musically but it there’s a lot of space. I really like the two builds in the track where you get other sound layers and a really nice backing vocal added. There’s nothing added in the arrangement or production that doesn’t help get the song across.

If you’re a fan of good songs with really good lyrics, sang and played really really well, then you should listen to this track. For me, this is one for my list of perfect songs, it’s that good.

The track is available through Spotify, iTunes, Amazon Music, Deezer and other digital platforms.

And while I’ve got you here, do check out the other tracks on Thomas’s Bandcamp page.