An acoustic-led (but loud) alt-rock band from Leeds, The Elephant Trees got together in early 2015 and have been writing and gigging ever since. They’ve supported artists such as Jake Isaac, City of Lights, and Billy Bibby (ex-Catfish and the Bottlemen), as well as playing venues such as Leeds’ Belgrave Music Hall and O2 Academy.

Inspired by everything from Biffy Clyro and Twenty One Pilots, to Laura Marling and Ed Sheeran, they blend a more acoustic singer-songwriter style with huge riffs and singalong choruses to create a unique and infectious sound.

With the release of their single ‘90 Degrees’ coming up at the end of the month, a video for the track available now and a single launch gig at The Wardrobe Leeds on the 2nd March there’s a lot going on for The Elephant Trees. I took the opportunity to ask them about how they got together, influences and plans for the future (although I wish I’d asked them where the band’s name came from). Martha (vocals) was kind enough to give us the answers.

How did you get together? had any of you been in bands together before?
We actually started as my school project, the rest of the guys had been in bands before, but I hadn’t really. At first there was no intention to carry it on but after we played our first gig it felt like there was no choice but to keep on playing together and see what happened!

Your music being ‘acoustic led but loud’ is interesting – is this something you set out to do or is it just as a result of the influences the band bring to the table?
I think one of the main reasons is that I’m not very good at electric guitar…we tried it at first and it just didn’t work. So as I went back to acoustic and brought all my acoustic led songs, the guys brought their vibe with them. Influences is a big thing, they guys have introduced me to their heavier music; Royal Blood, Arcane Roots, Muse, and we mashed it into Laura Marling style guitar and lyrics.

While we’re talking about influences what are your major influences? Are there other ‘local’ bands that influenced your sound?
Local bands have definitely influenced us. For a while we were mentored by Matt from City Of Lights, I think our music is quite similar to theirs. City Of Lights played a big part in our creation so they definitely helped shape our vibe. Alongside them, bands like Conflare, The Dunwells, The Barmines, all Leeds bands with BIG sounds that continue to push us to develop.

How do your songs come together, does one person lead on the song writing or is it more of joint process?
Usually I come to the band with a song I’ve written and we build the instruments on top or rearrange the whole song. Sometimes Sam, who plays guitar, brings the music and I’ll write lyrics over the top. I think you can definitely hear the difference between our two writing styles, his are more anthemic, I love it.

The new single ‘90 Degrees’. How did this song come together and what’s it about?
The song it’s self is about 18 months old now, it’s one of our favourites to play and one we usually get the most feedback on. I used to play it on my own but chucked it to the band and they did their thing to it. It’s about dealing with depression and anxiety in different ways and how sometimes you just let it wash over you.

This kind of topic is a bit of a taboo subject so we want to challenge it with our songs, get people talking about it because it’s important, especially for people suffering with depression etc. to be open and feel they can talk about it.

How did you come up with the idea for the video?
We like glitter….. but I guess the deeper meaning behind it is the juxtaposition between the angriness and the sparkliness! As I said above, the song is angry and about dark times; the glitter is supposed to show that you can make something beautiful out of those times. The song was born out of a crap time in my life but has lead me to the best time in my life with the band and opened so many doors for us.

What was the experience of shooting the video like?
It was ace! I’ve still got glitter in my hair now! Hard to keep up the energy jumping around all day though, but so fun when we got the glitter out.

What’s been the highlight so far?
We’ve been lucky enough to play at Leeds O2 Academy a couple of times, which is something we never thought we’d get to do. That was a big moment for all of us, we were all grinning ear to ear.

Upcoming plans?
We’ve got the single launch party on 2nd March at The Wardrobe in Leeds which will be our first proper headline gig, we are BUZZING. As for new music, you’ll just have to keep your eyes peeled;) 2017 is set to be quite an exciting year for The Elephant Trees….

If you haven’t pressed play on the video at the top of this piece already then you’re in for treat. Yep it’s high energy rock, but it’s not just three minutes of the same thing – not that would be a bad thing it’s stunner of a riff – there are changes and shifts.

It’s slightly unfair to pick out one thing musically – the band sure can play – but I was particularly struck by Martha’s vocals. I’m not sure what I was expecting to hear vocally but it wasn’t what I got. There’s a power in her singing but crucially you can hear the words. And that’s something not every singer can do.

The other thing that really struck me was that the music really matches the song – you can hear the anger in the music.

The Elephant Trees are a force to be reckoned with, I for one will be waiting for more. 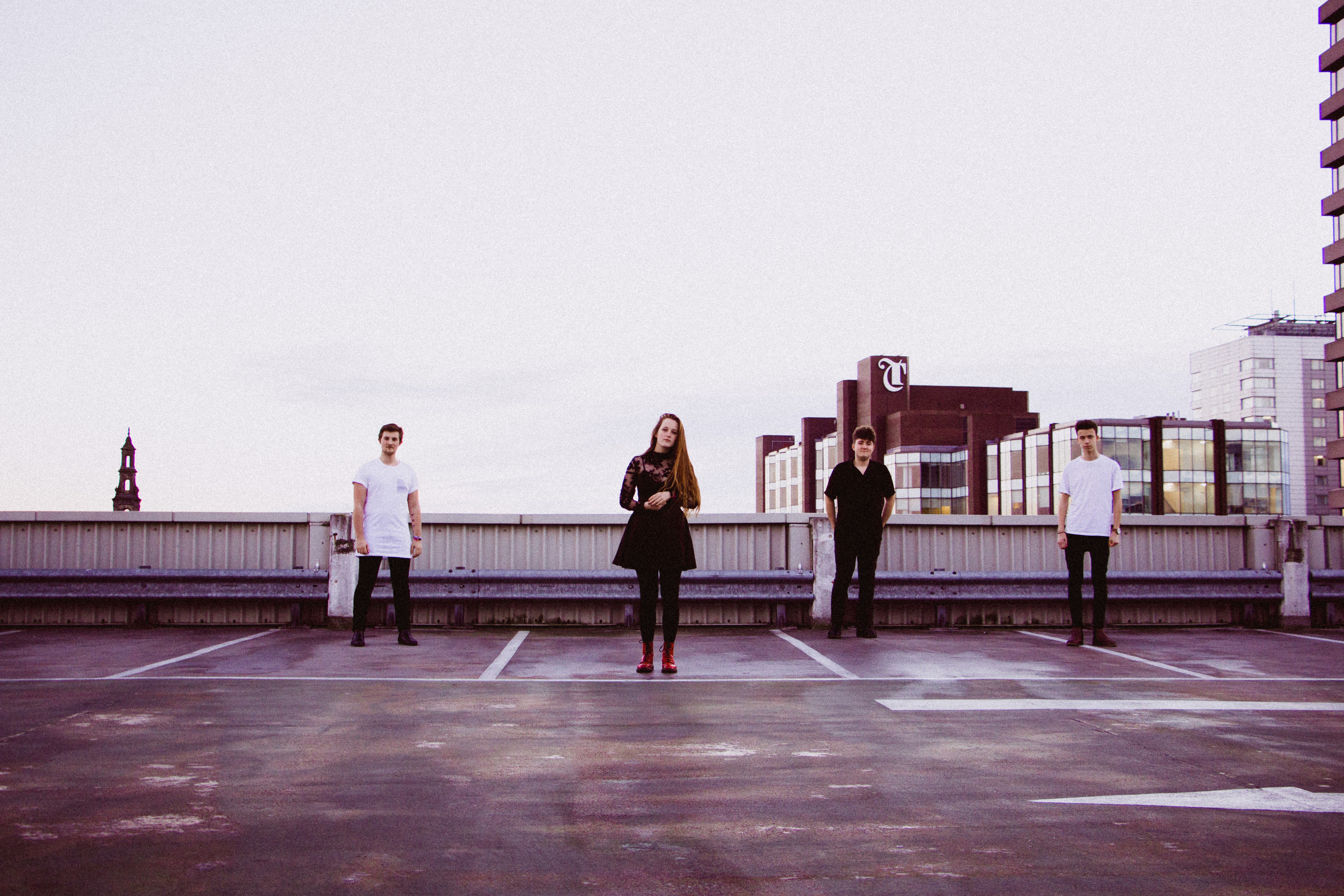