Sheffield four-piece, The Sherlocks, who have already racked up more than 500 gigs in just four years, will be supporting the release of their second hit single, Escapade, with a tour.

Venues will include The Picture House in Huddersfield on March 5th, Plug in Sheffield on April 18th, Club Academy in Manchester on May 2nd, Studio 2 in Liverpool on May 16th. The tour will culminate in a home-coming gig on 20th June at Sheffield’s Leadmill. 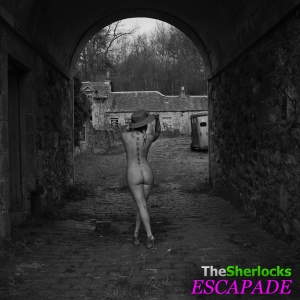 Escapade is the follow-up to their top-100 single Live for the Moment, whose title just about sums up their contemporary lyrics. Inspired by Sheffield rock band Arctic Monkeys, as well as The Beatles, Libertines, Oasis, and The Jam, The Sherolock’s two pairs of brothers write, produce and play tuneful guitar pop full of hooky riffs clearly intended to fill dancefloors.

The Sherlocks have already supported the likes of The Enemy, Simple Minds, Scouting for Girls and the Buzzcocks, and will be headlining London’s 100 Club in May. ‘We love playing live,’ says drummer Brandon Crook. ‘We just want to get our music out there and see the reaction of the fans.

The Sherlocks on Soundcloud