I feel like I came late to The Calls, first catching ‘Fall Inside’ – on this very EP – in September this year. And this was after several musically trusted friends had said ‘Frank, you gotta get to hear The Calls’. Still, better late than never, yeah?

The EP opens with – the very nearly title track – ‘Fall Inside’. As I said I reviewed that song back in September and I’m sticking with what I said then ‘the music is psychy, psychedelic dream pop with a hint of post-punk at times, with a dose of indie in there. It’s a personal thing but I think there’s a whole load of difference between psych and psychedelic, while obviously there’s a crossover over point between dream pop and psychedelia. This single sits somewhere in the middle of all of those. But musically it’s quite quite beautiful, the sound of this thing is beautiful, the way it’s put together is absolutely fab.

‘I have developed a thing for the vocals. The vocals drift between that dream pop thing and something that has an edge of Syd Barrett. And you can hear the words, this my friends is a good thing, because the words are good.

Well, I’m almost sticking to what I said. The thing is that listening to the song in the context of the EP as a whole I’m going to add that this is undoubtedly rock music, rock music with a great tune. This is something you can say about The Calls in general, they have great tunes.

‘Tell Me Why’ takes that sound and adds in a whole dose of that ‘Manchester Sound’. This song has a bassline to die for people. It’s all pulsing and psychedelic in the verses until the chorus burst forth in a big indie way.

The thing that has me punching repeat is that bassline that starts the song – a bassline that has these ethereal sounds under it – and the oh so bloody fantastic guitar. The guitar on this track is addictive. It does piercing ring tones, it does fuzzed up on the bleeding edge of distortion, and it does frankly out there acid psychedelica.

It takes me back, back to those bits of the ‘Manchester Sound’ I really liked, back to The Dukes of the Stratosphere (go Google it), back to Here & Now – it’s that bassline – the dub thing, back to the classics of psychedelic pop. And it does all of that without losing sight of the fact that this is a song with a tune, a tune that’s so damn earwormy.

And now for something slightly different, ‘I Just Thought I’d Say’ is a simple song that’s driven by an acoustic. The vocal up-front. Subtle and lovely touches of sound in the background. And then it builds into something fuller, richer. Call it dream-pop, call it 60s’ influenced classic pop. Call it anything you want as long as you call it beautiful and compelling; because it is.

And it is dreamy, it takes you to a wonderful calm place, into the clouds, into your mind to your safe place. It’s like a musical hug. A hug that you feel to your soul, your heart.

So simple yes, but no. It’s incredibly well written and fantastically put together. Take a step back and listen, and the craft of it shines out, but don’t stay back too long. Just listen, let it drift into you, drift away on those wonderful sounds.

‘.I Should’ve Known’ comes as something of a shock after that, a good shock.. It has, at least to me, hints of World Party. It starts with a deep pulsing throb, guitars ring out but gradually, slowly, it builds into a big dreamy psychy indie thing. This short comment on this song isn’t because it’s less good than the others but because it’s bloody great, and that’s all there to it.

The EP closes with ‘A Change Is Gonna Come Around Here’. A 6 minute epic of a track. Originally dropped in 2019 this is a dubby, trippy piece of psychedelic rock – with hints of Here & Now, Hawkwind, alt-rock, acid rock. It’s out there, far out, mind bending, mood changing. It’s a trip, a journey. It’s so fucking good. Best heard the louder the better.

I’ve listened to this EP many many times, I’ve gone back and listened to a song time after time, and every time I love it more. I love that each song has a different feel, this band is no one trick pony. I love that they have taken the music they so obviously love, and made it into something that is theirs, their sound. A sound that is atmospheric, layered and at the same time having space; a sound that you can immerse yourself in.

I love that the more I listen to it the more I’m impressed with the playing – it’s all so bloody fab.. And the vocals are so good. Look what else can I say? Oh there is something, and that is that over and above the fantastic playing, the great vocals, these songs have great words, words that are worth taking the time to listen to.

Music this good, beyond good, is something special. This EP leaves you blissed out and in a beautiful place. And do we really need anything more? 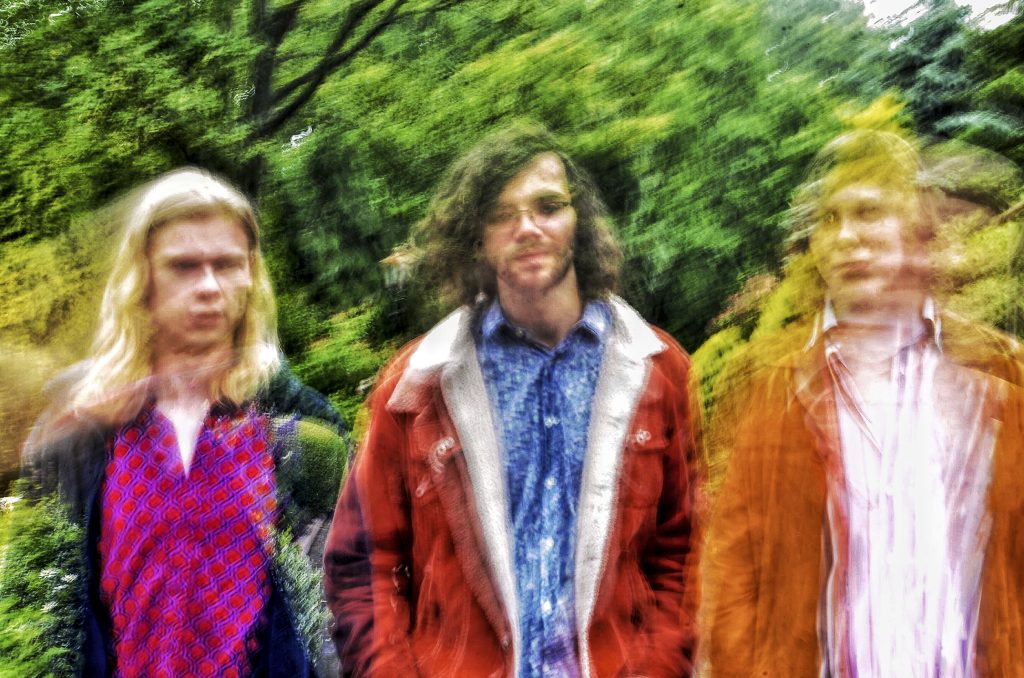 Speaking about the EP, vocalist and songwriter Tom Fuller says: “The EP marks a point in the band’s progression. There are more soundscapes going on than in our previous The Night the World Stood Still EP; the DNA of singable hooks, jangly guitars and rhythms are all still there, but there’s a distinct atmosphere to these tracks which is a clear movement towards the sound that we envision. There are more diverse influences coming in too, with reggae, dub and trip hop, particularly on A Change Is Gonna Come and Tell Me Why, and a shoegaze element to I Should’ve Known. It adds to the mix of our sound and, in the end, we’ve got an EP which we think doesn’t sound like anyone else.”

This versatile, chameleon-like sound is one of the band’s biggest strengths, moving through dark, psychedelic dub-rock to soaring rhythms to bold and inventive percussion; embellished by lyrics often dystopian in their outlook, often reflective and always deeply personal. As Tom rightly notes, they really don’t sound like anyone else.

Emerging from the thriving hotbed of Leeds, THE CALLS remain a proudly defiant DIY band who write, record and rehearse their music in a converted barn and travel in an old window cleaner’s van. The trio are driven by the unconventional songwriting of Tom Fuller, who puts an introspective slant on social observations through cryptic wordplay and metaphor; lead guitarist Will Johnson, a film maker and visual artist whose unrestrained and often highly unusual sound is due to the fact that, remarkably, he had never picked up a guitar before joining; and bassist Marcell Haslewood, a lifeguard finding his way through life via a combination of ambience and dub and a unique approach to playing that invariably subverts expectations. 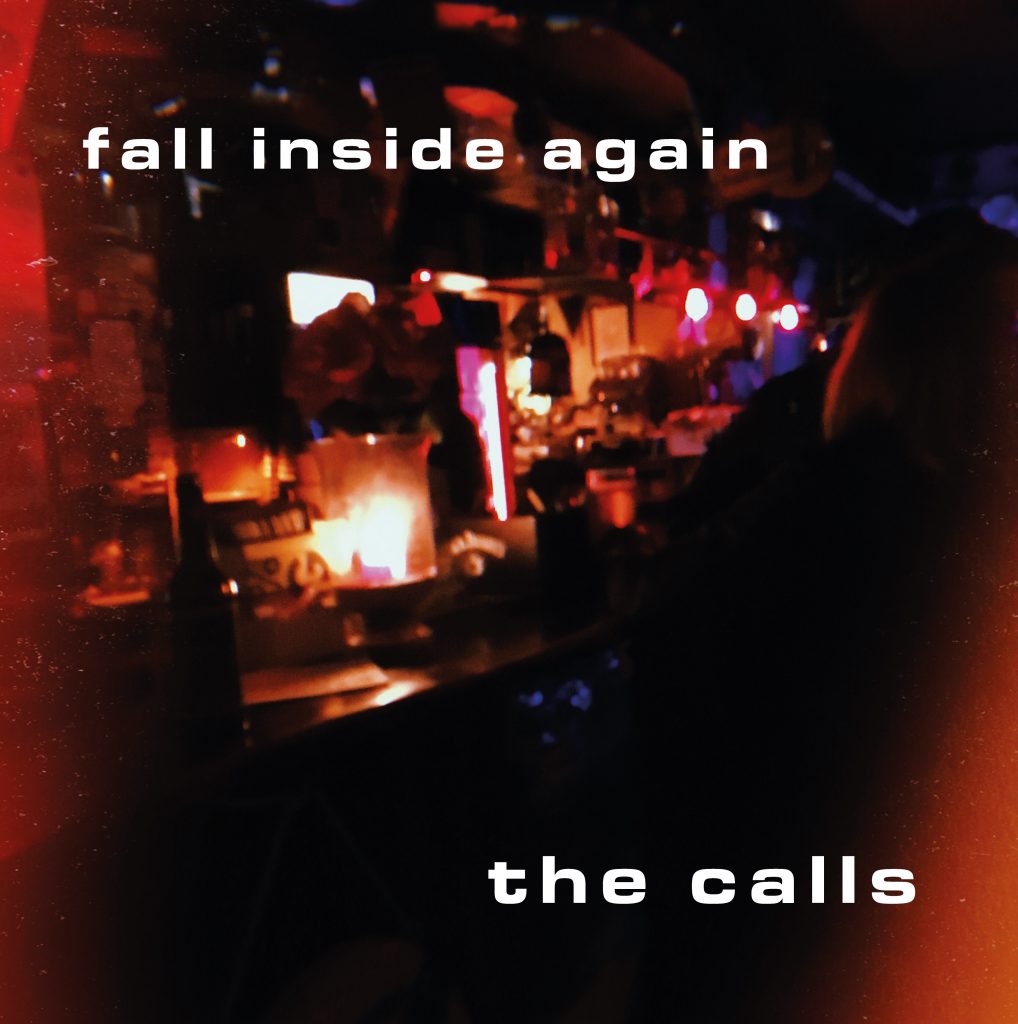