What the fuck VENUS, just what the fuck are you doing to me. The three songs on ‘Wicked Things’ are powerful in their own right, but together they’re enough to leave you reeling, in a small heap on the floor, speechless with admiration and love for a band that can make music this good, scarily good.

So speechless (is that the right word to use when you have to write a review?) was I that it’s taken me several days to even be able to start the review. The headline is that I absolutely love this EP, although I don’t think you need me to say that, do you?

The EP opens with ‘No Signs’. It’s loud, it attacks with a power that is incredible. GK’s vocals are frankly amazing – at one point they are so high and pure they almost hurt, physically hurt. Guitars roar, synths growl. But wait, in all that noise there is subtlety. The guitars don’t just do noise, they do noise with a point, with cleverness.

And there is something that had me so surprised in this song – an almost psychedelic, a punky psychedelic, ‘freeform’ section that whirls around, GK just sings. I say ‘just sings’ but this is something of an understatement, before it crashes back in. So musically it’s brilliant, but the words of this song are great, do take some time to actually listen to them properly.

What can you follow that with, well VENUS follow that with ‘Amy’. Something that the release press release describes as ‘an empathic lullaby’. I might describe this as a big building torch ballad. It starts with synth atmosphere, adds what I think is bass, and then vocals. It has hints, strange hints to be honest, of All About Eve (go Google people, but I’ll give you a clue ‘folky goth’) before it let’s go. It doesn’t build as such, but that tension, the feeling that it’s going to let go is there throughout the track, and when it happens it comes as something as a relief. No more than a relief, a joy.

My ‘helpful friend’ described this as ‘a defining moment in VENUS’s development’, I get what she’s saying there, and agree. Before I played it to her I described it as an powerfully epic song, and I stand by that.

I thought about how to describe ‘You’re Alright, I Guess’ for ages, absolutely ages. My first thought was ‘VENUS do metal’ and it kind of is so I’m sticking with that. It has this sort of NWoBHM feel to it, check out the intro people. It is guitar heavy, way heavy. Guitars fucking scream people. That metal feel is confined to the music though, the lyrics are something else entirely. The ‘VENUS do’ part of that statement is crucial because even though musically it kind of steps outside of what you’d expect, it’s still obviously them. It rocks hard.

I’ve gushed, and will continue to gush, about this EP but that’s allowed, it’s in the rules of being a music reviewer. Ever since I started reviewing VENUS, both their releases and gigs, I am more impressed each time. With this EP that’s taken a huge step up. The three songs show different sides of the band, musical progression, a sonic expression of the skill and craft of the band both musically and in song writing. It’s fucking beautiful thing this EP.

I want to finish this review by saying that although VENUS are an all female band, let’s not focus on that, however tempting it may be to write a review from that point of view. The fact is they’re a band, a bloody fucking fantastic band. This EP is a brilliant release NOT for an all female band, BUT for a band, any band. You get what I’m saying here, don’t you. 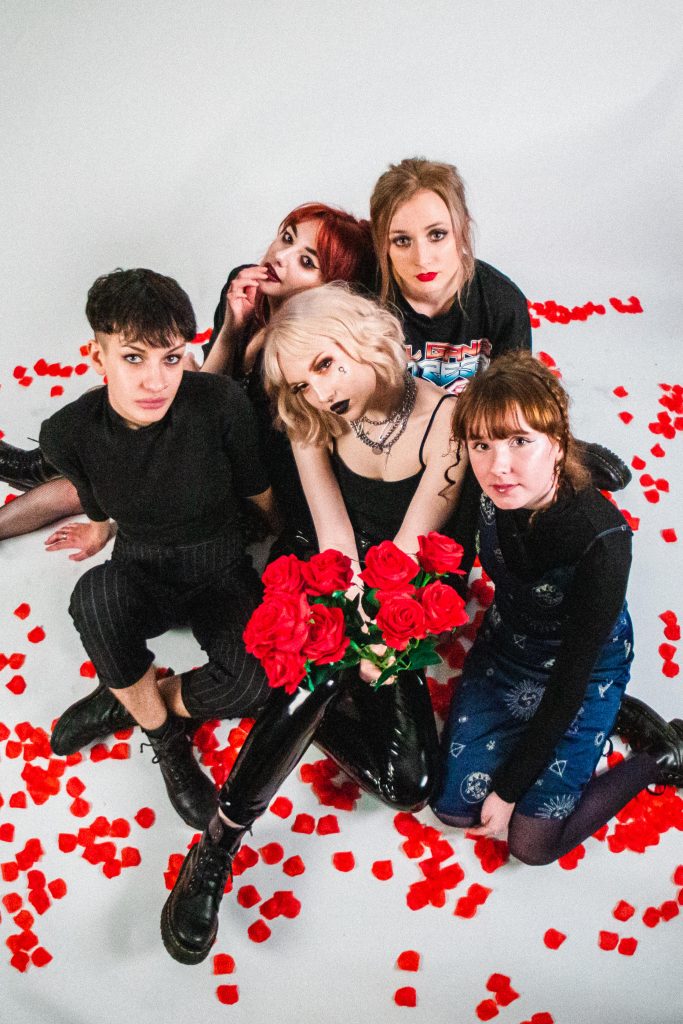 Lead singer GK, says; ‘With it being our first body of work, we wanted to take both ourselves and our listeners on a journey. Life can be sporadic with what it throws at you, it doesn’t ever seem to slow down when you need it to. This can definitely be heard throughout the tracks, from my point of view, they all represent some level of emotionally processing your experiences, and the many different stages of it. Instead of strictly writing three prominent feminist songs, we wanted our EP to have undertones of it across the board. We’re girls in alternative rock music, it’s hard, it might always be in our lifetime, but we’re trying to normalise it in any way we can. We can do that by writing about our experiences in day to day life and hoping someone can relate to it, which we’re hoping comes across when people listen to Wicked Things’