Fiesta Bombarda travels the UK’s most inspiring spaces with a music, performance and dance-fuelled party of Reggae, Brass, Afrobeat and Dub sounds! After two consecutive sellout carnivals, Fiesta returns to one of our favourite ever cities with legendary cohort of horn-blowing brothers; Hypnotic Brass Ensemble, as we transform HiFi into a tropical neon paradise along with a riotous ensemble of exhilarating bands and DJs, enticing performers, facepaint and stunning set design.

From hosting Cathedral carnivals to Palm House parties across the country, Fiesta Bombarda has been rejoicing in unforgettable events. Celebrating their return to Leeds at Hi Fi Club October 15th for a carnival extravaganza they are bringing one of their all times favourites Hypnotic Brass Ensemble to the stage alongside the exhilarating live experience that is Portmaneau and Element’s BT3K! All that plus Bombarda DJs, tropical set design, visuals, Fiesta face-paint and much more! 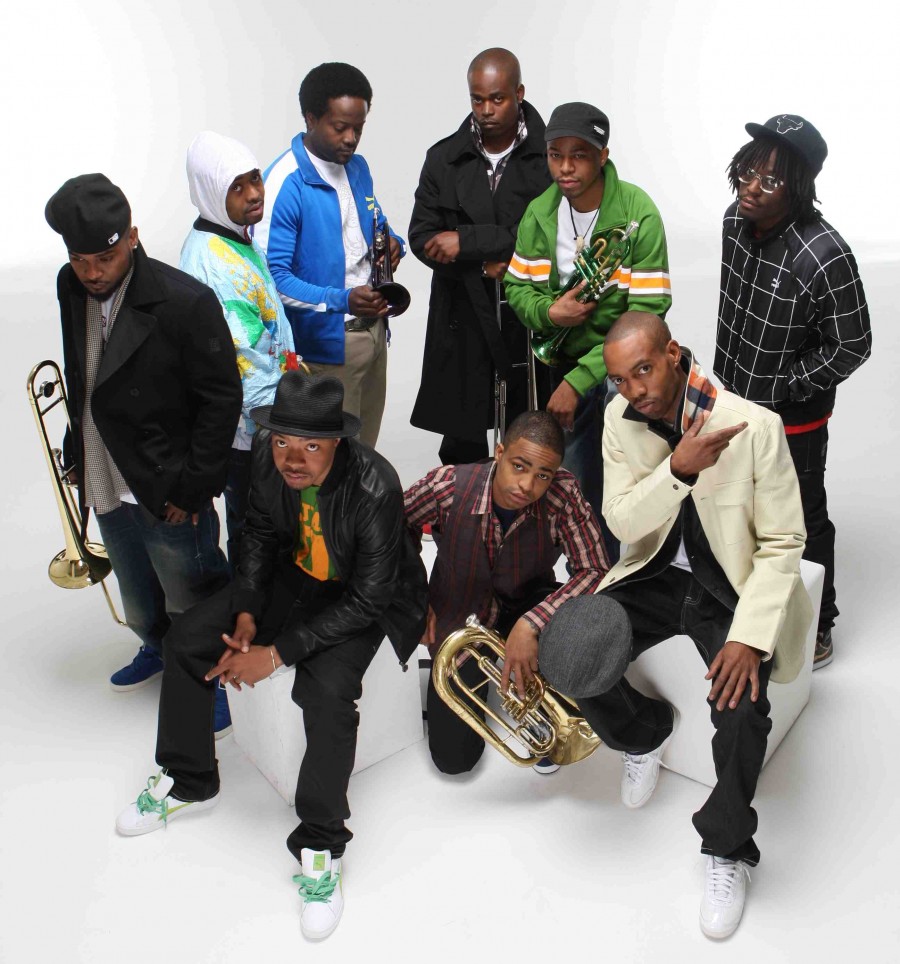 The Hypnotic Brass Ensemble is a family band consisting of 7 blood brothers trained in musical instrumentation since the tender ages of 4 & 5 by their father, jazz trumpeter/band leader Kelan Phil Cohran (Earth, Wind & Fire. Chaka Khan. Sun ra) who subsequently formed the Phil Cohran Youth Ensemble (1990) composed of his children that had now become proficient in their musical presentation. By 1999, the band of brothers discontinued playing with dad in order to find their own sound.

By 2008 Hypnotic Brass had performed their original tunes in every corner of the world to audiences as big as 110,000 and premiere music venues around the world, all accomplished by their self-manned staff and clever partnerships.

The brothers were living in London when they recorded the Gorillaz record with Damon Albarn ‘Welcome to Plastic Beach’ and joined the “Plastic Beach 2010” world tour upon its release performing alongside Bobby Womack, Mick Jones from the Clash, De La Soul & Snoop Dogg. Hypnotic Brass Ensemble gave their signature dose of hard brass to every audience on the 4 month international tour and earned a spot backing up Prince at the New Power Generation Fest in Denmark the next year, coming personally requested by The Artist himself. Since then HBE has grown into an even newer sound with their latest efforts “Bullet Proof Brass” & “FLY” released by their very own imprint PHEELCO ENTERTAINMENT. They are now gearing up to release a new instalment entitled “Bad Boys Of Jazz” …

They will perform alongside the exhilarating live experience that is Portmanteau and Element’s BT3K and the devilish DR HYDE! All that plus Bombarda DJs, tropical set design, visuals, Fiesta face-paint and much more!