Sometimes circumstance can conspire against you as an artist and you have to make tough decisions. Kris Barras; who was recently voted one of the ‘top blues guitarists in the world’ by Music Radar, was extremely ill during his last UK tour in February and had to make the tough call to reschedule his Leeds Brudenell Social Club show from February 14th to May 8th the ex-cage fighter stated in a heartfelt open discussion with fans “I have the best job in the world….unless you get ill and lose your ability to sing higher notes…then it quickly becomes a nightmare! I fought in a title fight with a chest infection, on antibiotics (and won) but there’s some things you just can’t push through”. Although this was disappointing for fans at the time we now have an exciting opportunity to see the band live in the North of the UK as somewhat of an exclusive show (as the band are not due up here again until the winter; at which point they’ll pushing a new album). So this is a big chance for lovers of the Divine and Dirty album to get a fix before the switch up.

Support on the evening comes from Jack J Hutchinson (A act who is well worth seeing in his own right we might add) His 2017 ‘Paint No Fiction’ record is a favourite of ours. More southern blues for your buck.

Kris Barras in a interview ahead of the February tour: “Every tour we try to raise the bar and better ourselves from our previous tour. We’ve got a few things planned that will hopefully make sure that we continue to do just that!” – Whilst the evening is sure to be Divine and Dirty lead. It may well be that at the Brudenell Social Club on May 8th we get to see some new ideas being road tested. KBB have already hinted that they are expanding the live band adding in two female backing vocalists to help give the live show more of the extra ‘umpth’ that you find on the records. Maybe we’ll see some of this too!

As for new music from Kris Barras Band, everything seems to be hinting at a Autumn release for Kris’s new album with Kris stating recently “It’s gone really well…I think! It was nice to record an album ‘properly’ as a signed artist. We had a whole month in the studio whereas with previous albums, I had to record in bits here and there, around work etc. We are pleased with how it has turned out, can’t wait to get it out there”

Whether your new to the band or a long time fan, Kris Barras Band live at Brudenell Social Club Leeds on May 8th is sure to be an explosive evening for blues rock showmanship and pedigree. When asked “What can people expect when they see you for the first time?” Kris stated “110% every time. I live to play live, it’s the only reason I do this. You’ll get high energy, passion and my heart on my sleeve. A little ‘Lucky 13’ pun there ha ha.” 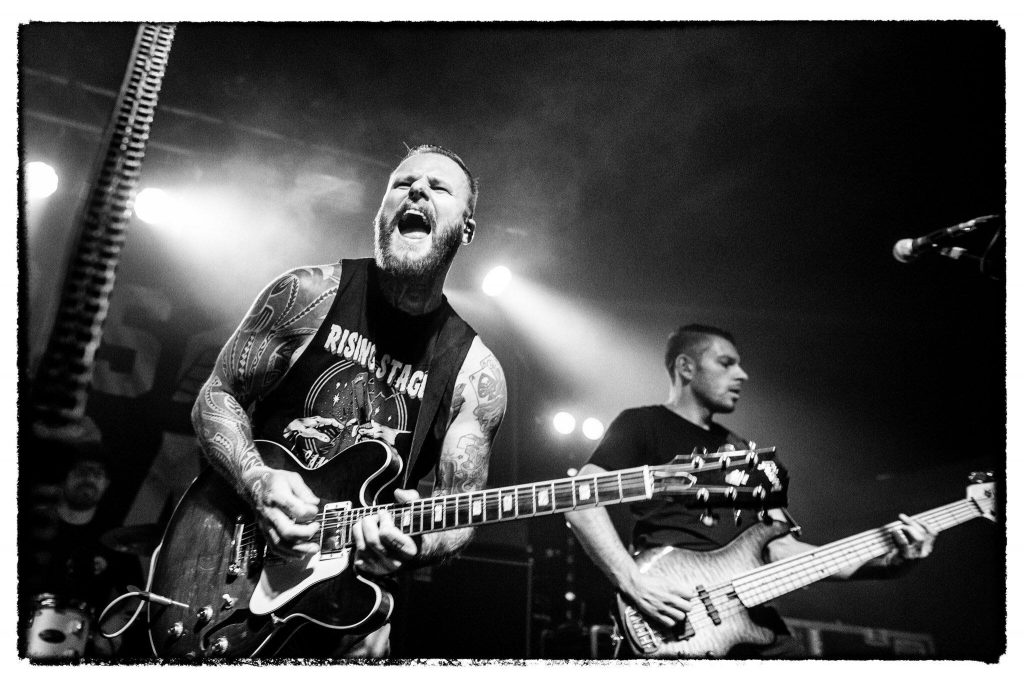