On Thursday, 16th July I attended a concert in my village of Queensbury. The concert was titled ‘Brass Tacks’ and was a celebration of the talented musician’s and singers that Queensbury has to offer. The highlight of the evening was a performance by the world famous Black Dyke Mill Brass Band, one of the premier brass bands in the world.

Entering the 2nd floor of the mill was a sight that made my heart skip a beat. The stage for the performers is normally in the far right corner of the mill. However for tonight it has been enlarged and located in the middle of the mill. This gave it the feeling of a real concert at a far larger venue. And surrounding the stage was row after row of seats all full. Afterwards I found out that there were around 300 people in the concert that night.

This made for a tremendous atmosphere and it was a heart warming sight to see the mill so full of life after so many years of standing empty.

The first act on was the Foxhill Brass Band comprising of school children from Foxhill Primary School. Whilst the musical ability was not of the highest standard, only to be expected from young children, the enthusiasm and determination displayed by the youngsters was. They played their little hearts out with gusto to a warm and appreciative crowd. Parents, grandparents, siblings and plain audience members alike joined in the fun as they went through a performance of classic TV themes which brought back many a fond memory for me. At the end there was rapturous applause for all of them which was reluctantly and embarrassingly received by some of the young stars!

Now over 150 years later the band are world famous and in great demand. To get them to play in the original mill where they were formed and many of their former players worked was a major coup.

The band began to play and immediately the crowd were enchanted by some of the most beautiful music played in the mill. It was a very emotional moment for many people, who had a tear in their eye, to see and hear the band that bears the name of the mill and village where it was formed.

The moment went all too quickly for all of us but a special moment was when Richard Marshall one of the finest cornet players of his generation played a truly wonderful solo. Apart from the cornet you could hear a pin drop in the mill. Nobody dare even breath in case they missed a note from this amazingly talented musician.

Then the conductor Dr Nicholas J. Childs sprang a very emotional surprise by inviting three of the children from Foxhill Brass Band to come up and play with them. This brought an approval of rapturous applause from the crowd and a feeling of genuine warmth swept through the crowd as three nervous and shy young children played with one of the best brass bands in the world. 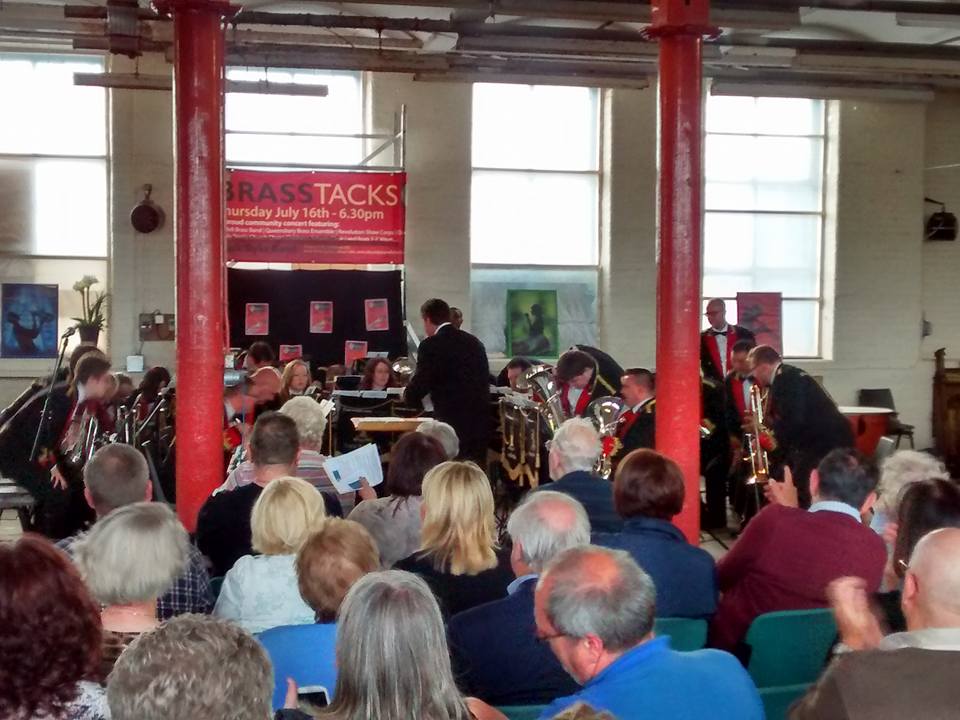 And then they were gone, but the evening carried on. Next up were the Holy Trinity Church Choir, the last act before the interval. They belted out a selection of classic tunes with enormous energy and verve. The songs were all sung in perfect harmony, notes raising and falling as one. It was a real pleasure to listen to them.

After the interval it was the turn of the Children’s Choir to entertain assembled throng. This choir is made up of children from across the Queensbury locality. Singing their little hearts out they entertained the crowd with a selection of current popular songs. The enthusiasm that the youngsters displayed far outweighed any lack of musical talent.

The Revolution Corps Band came on next playing a mixture of brass band and drumming. If anybody was beginning to tire from the concert they were woken up with the very loud sound of drums combined with brass instruments and dancing! There was so much going both visually and musically on it was difficult to take it all in. the energy was incredible and it reverberated throughout the whole building. It was as if the mill itself was dancing to the tunes!

Next up were the Queensbury Singers, an amateur choir made up of local people, males and females of various ages. They burst into song with great gusto and energy and had the crowd dancing on their feet with a selection of popular songs from across the decades. The crowd joined in with the singing and everybody was enjoying themselves dancing in the aisles.

The final act before the finale was a brass band ensemble comprising the Foxhill Brass Band and the Revolution Corps Band. The two bands combined brilliantly and kept the crowd dancing and swaying in time with the music.

For the finale the choirs combined and as with the brass bands sang in unison as if they had sung together all their lives. The brass bands came back on once again and the whole mill was in full party mode as everybody brought the house down on a tremendous evening of entertainment.

Everybody enjoyed themselves, the concert goers, proud parents, musicians and singers. It was a shame that the Black Dyke Band were on so early as they would have been perfect to finish the night. But with many of their band members travelling long distances to play it was not possible. And will we see and hear them playing again in the famous mill from which they derived their name? Only time will tell.

But the future of music in Queensbury has a very bright future with so much talent on display. The youngsters will only get better and better and it is to be hoped that they will continue to play and sing as they get older. Some of them may even play in the Black Dyke Band.

The venue too whilst fine for the night does need some updating if it is to stage more events such as this in the future. There was only one toilet available to both males and females on the night and the heating needs updating to cope with the cold winter nights that Queensbury frequently has.

But the committee are aware of this and are making steps to ensure improvements are made and everything is in place for winter. There is a renewed buzz around Queensbury at the moment because of community events such as this and it is hoped that this new community spirit will continue into the future and concerts such as this will become a regular occurrence rather than a one off event. 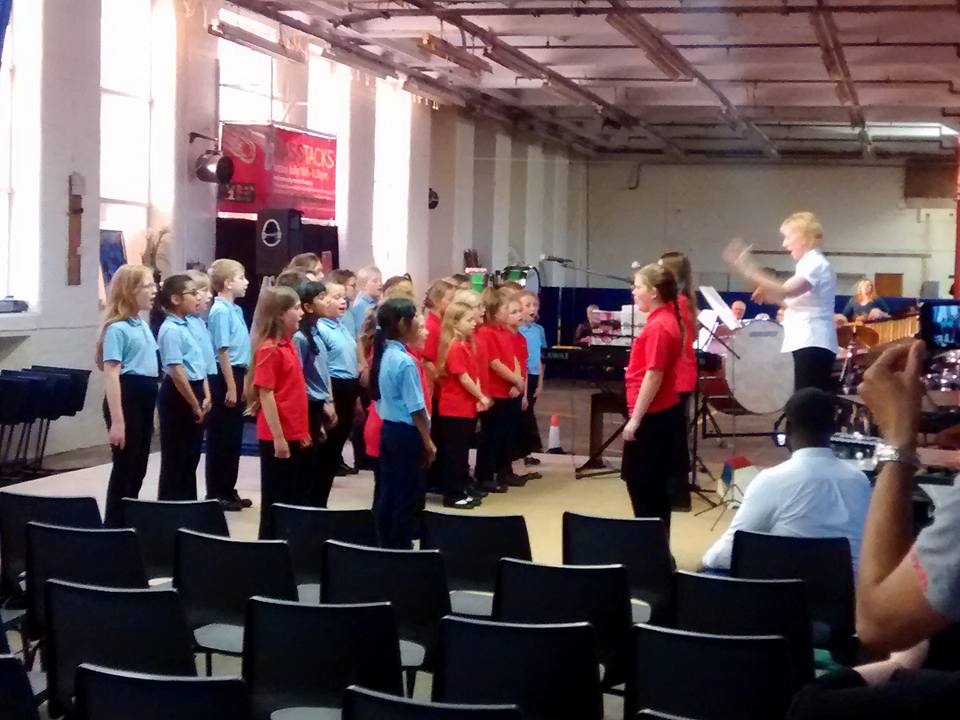