Before I start the review proper I have to say that, due to the vagaries of the Northern Rail ‘timetable’ I was late to this gig. Late enough to only catch the second half of the opening act’s performance. If it hadn’t have been for the rather fab staff at the Barnsley Premier Inn – who immediately booked a taxi for me to get to the venue – I’d have missed this completely.

There are two other things – firstly that this gig was hot, not just in terms of the bands, but in temperature. So hot that from the moment I walked into Barnsley’s Rock & Blues Venue I was completely sweat soaked, leaving me completely unable to write any notes and in serious danger of dropping my camera. And secondly that reviewing this hometown celebration gig is a bit like reviewing a party, not a gig. It had that atmosphere. So I was very tempted just to publish the photos. But review it I must so here goes. By the way there’s some more images of the bands performing in a photo album on our Facebook Page

By the way Barnsley Rock & Blues is a great venue, intimate enough so that you actually see the bands properly and with a stage not a platform. They get some great acts on as well. It does however have what is probably the narrowest pit I’ve ever seen, it got a bit crowded on the night.

As I walked in Alisha Vickers was singing her heart out. I was immediately stunned with the quality of her voice. I was already aware of her from a cover of ‘Glorybox’ I’d heard and been impressed with (not an easy feat as this is my favourite song as you’d know from my perfect song list and my covers column), so I was disappointed to only catch half of her set. Sometimes you only need songs really well sung with a simple guitar backing, this was one of those times. The audience – Lauren included – were mesmerised. One to catch live if you get the opportunity.

Next up were Desensitised. And much as it pains me to say it, I wasn’t quite grabbed by them. There sound is sort of like Joan Jett or Rock Goddess (and by this I mean Rock Goddess in the 80s not the current reformed version). They’re clearly talented – as the recorded tracks on their Facebook Page show – but on the night they were just not my sort of thing. There’s video of their performance on their Facebook Page so you can make up your own mind.

As Pretty Addicted went on a fellow photographer leaned toward me and said “They’re about to offend all the parents in the room”. Given that, although I had heard of the band, but not heard or seen them before, I found this quite mystifying. Within seconds I knew exactly what he meant.

Soundwise what Pretty Addicted give us is something that is hard to sum up – as I watched and listened Marilyn Manson, dirty period Depeche Mode (you know that ‘Personal Jesus’ time), touches of Giorgio Moroder, goth (there’s very definitely some Sisters of Mercy in there) flitted through my brain. But there’s a whole load of other, a unique sound. And what this doesn’t in any way is prepare us for the performance, and it is a performance. A whirlwind of a performance, a more than slightly disturbing performance. And this wasn’t just down to the clown make-up and the presence of an inflatable pig.

OK so some people might quibble about the fact that they use sequenced sounds – the live performance is Vicious Precious on vocals, Simon Deathless Koschei on drums and Harry McGuiness on bass – and to be honest I might well be one of those people usually but in this case I just don’t care.

Frankly their set left me speechless. I’ve not seen anything like it for quite some time. The last time a performance left me feeling like that was Fad Gadget – whose act used to include covering himself in tar and chicken feathers. If you get the chance to see Pretty Addicted do.

And so to the headliners, the reason we were all there, Hands Off Gretel. I first saw the band play Long Division in 2015, an age and several band changes ago. This was the first time I’d seen their new line-up (OK so it’s not so ‘new’ now but you know what I mean) play live so I was really looking forward to hearing them play the new stuff. Full disclosure I’m a fan of the band so don’t expect an objective review.

Before I go any further I have to mention that Sam – the drummer – was playing with broken fingers although this didn’t seem to have any effect on his playing, kudos to him. Joe – on bass – is a great addition. Lauren was in fine fine voice. And Sean played, as usual, some great guitar.

To be honest their all too short set, well it felt short to me probably because I was enjoying it so much, went by in a whirlwind. The crowd probably, and me for sure, was up for more at the end. Having said that it’s no bad thing to leave the audience wanting more.

Due to the problems with note taking I am left with highlights stuck in my head – Sean’s one dread whirling round as he played wonderful guitar, the slightly pained expression on Sam’s face as he drummed through the obvious discomfort in his hand, Lauren’s ability to go from a whisper to a scream, and the sense of togetherness in the room as we listened. The surprise (well for me anyway) as Lauren put down her guitar and just sang, I loved that song.

Live the new material really takes off, it’s really great in the recorded form, but for me Hands Off Gretel work best live. They all work off each other and the energy level is incredible.

I’m going to say that you should see this band if you like great grunge-y rock or you love music played with passion. The band are playing a whole host of dates in support of the new album and there’s almost bound to at least one date you can get to. 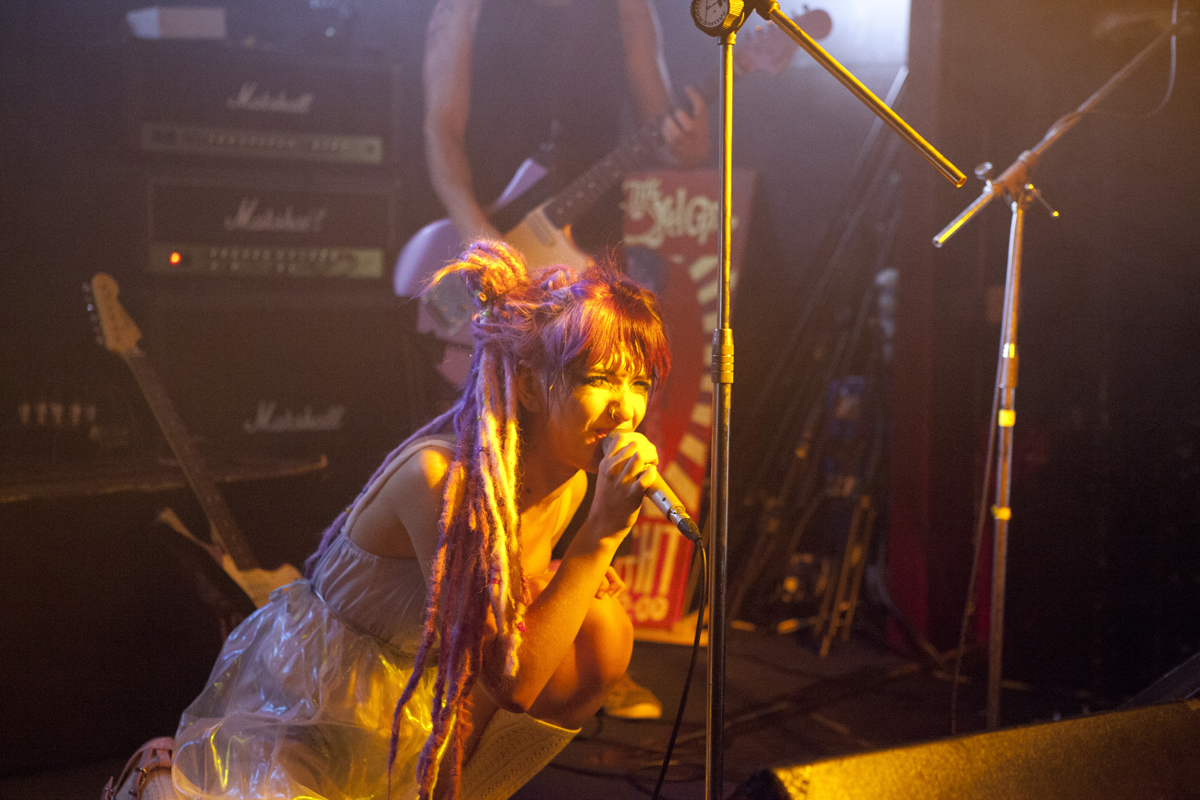 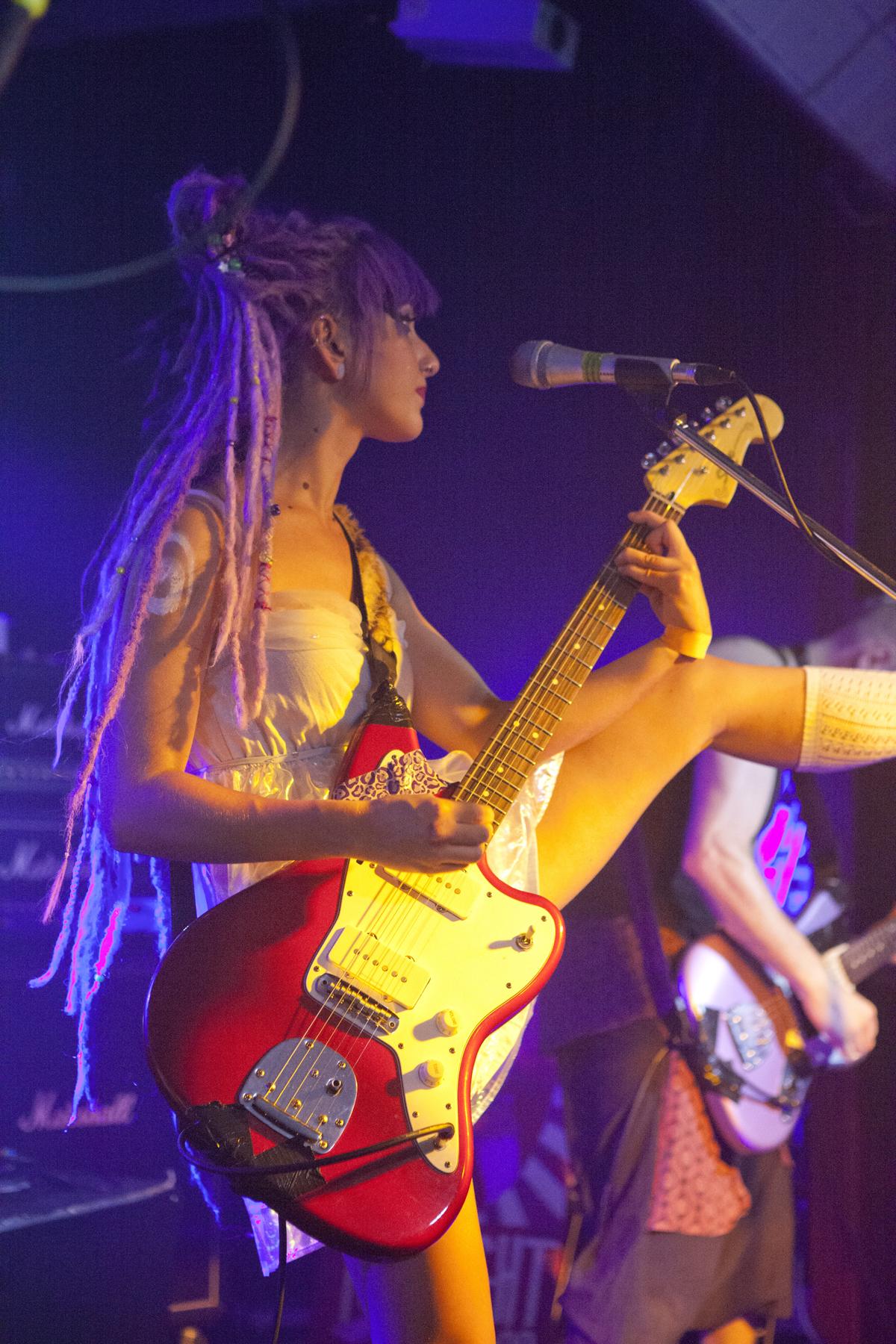 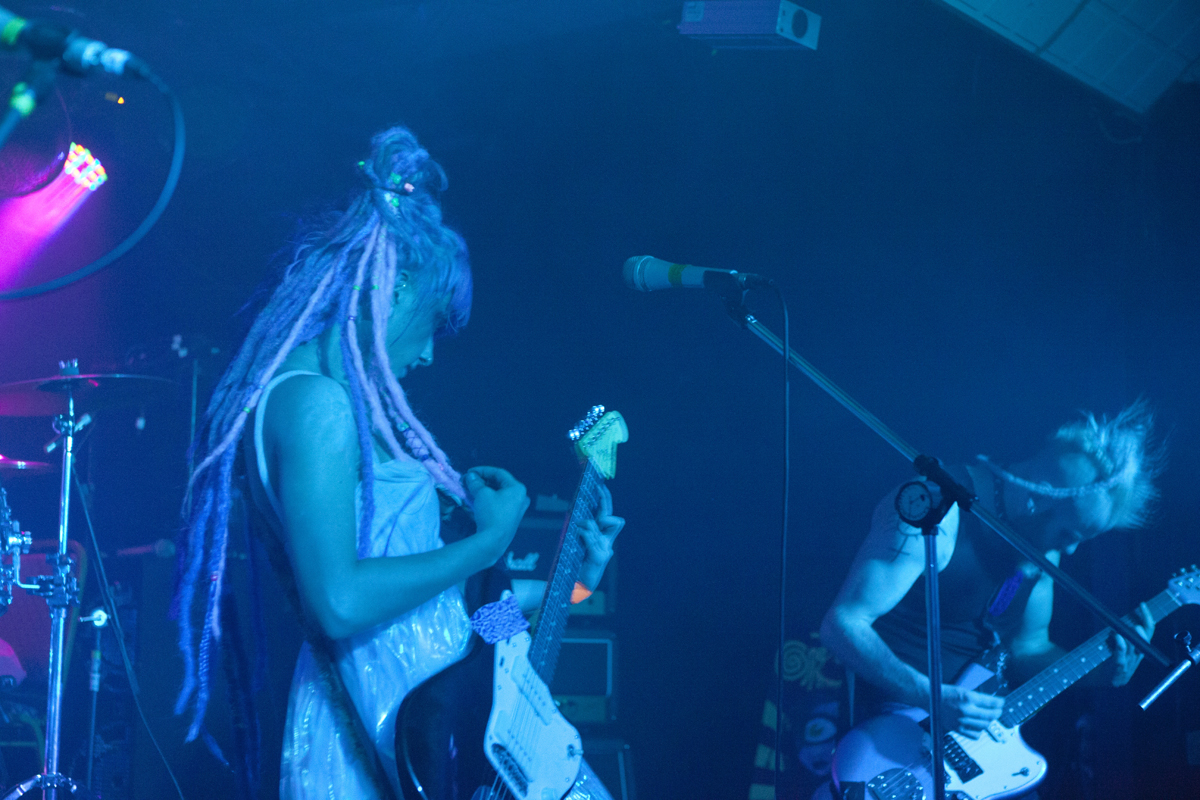 All images on this page © Frank Roper Photography