Moose Blood, Emo/Pop Punk band, from Kent showed just how far they’ve come in their musical career since they first formed in 2012. The sold out gig at Brudenell Social Club highlighted their enthusiasm for music and how far they’ve pushed themselves since just a year ago when they played to a room of little more than 50 fans at Temple of Boom, Leeds.

The crowd at Brudenell varied between 14 years up to mid-twenties with diehard fans that’d been there since the beginning along with new fans who had been listening to their new single ‘Honey’ nonstop since it aired on Radio one on the 17th April. With everyone looking to draw a different experience from the gig and growing impatient for Moose Blood’s arrival it seemed the momentum was going to be hard to gather from everyone in the venue.

The Winter Passing entered the stage as the second support act to take on the task of engaging the crowd and warming up their vocals ready for the main set. Four piece ‘indie pop whatever’ band, as they describe themselves, formed in 2012 in their hometown Dublin and have graced England with their presence several times over the years. They’ve performed with bands such as The Front Bottoms and Gnarwolves, which probably explains why their energy and ability to warm up this similar type of crowd came naturally to them.

Lead singer Kate stood strong amidst her three male band members with a unique style and strong vocals that carried effortlessly around the venue. It was a refreshing twist to hear female vocals over the usually overpowering instruments that accompany pop punk and indie bands. During the set however the vocals did get lost in the music at points. With the perfect hair to swish wildly around the stage and a talented group on the instrumentals it would have been nice if the vocals were louder to assert the bands talent fully.

Despite The Winter Passing’s efforts the crowd remained still and staring onwards, past the support, past the stage and into the distance, longing for Moose Blood.

After what seemed an eternity Moose Blood gathered on stage and the crowd’s excitement that had been building for the past two hours finally erupted in cheers and applause. As if the crowd wasn’t excited enough Moose Blood opened with one of their most popular singles ‘Swim Down’. Instantly every member of the audience; young or old, new fan or not were enjoying themselves and the confidence from the band radiated from the stage fuelling the enjoyment even more so.

Their new song ‘Honey’ made an appearance at a safe place near the start of the gig but if the band were worried about a quiet reception they had no reason to be. The single will feature on their new album ‘Blush’ which is due out in August 2016. If the rest of the album follows the style of Honey it will make for enjoyable and easy listening.

‘Honey’ has an old school pop punk feel to it with undertones of 21st century satire blended with the optimistic upbeat nature of 90’s pop. It’s the type of song that makes you want to mindlessly sing the lyrics and tap along in time whilst simultaneously making your brain find a way to relate every single lyric to an event in your life and sing it with all the emotion you can muster.

The gig ended in the way you’d want any small venue ‘emo’ gig to end; with numerous people jumping on stage and hurtling yourself backwards into a crowd of people hoping that someone will catch them. It’s bands like Moose Blood that keep the excitement of live music alive, catering to their whole crowd and enjoying the experience with you. 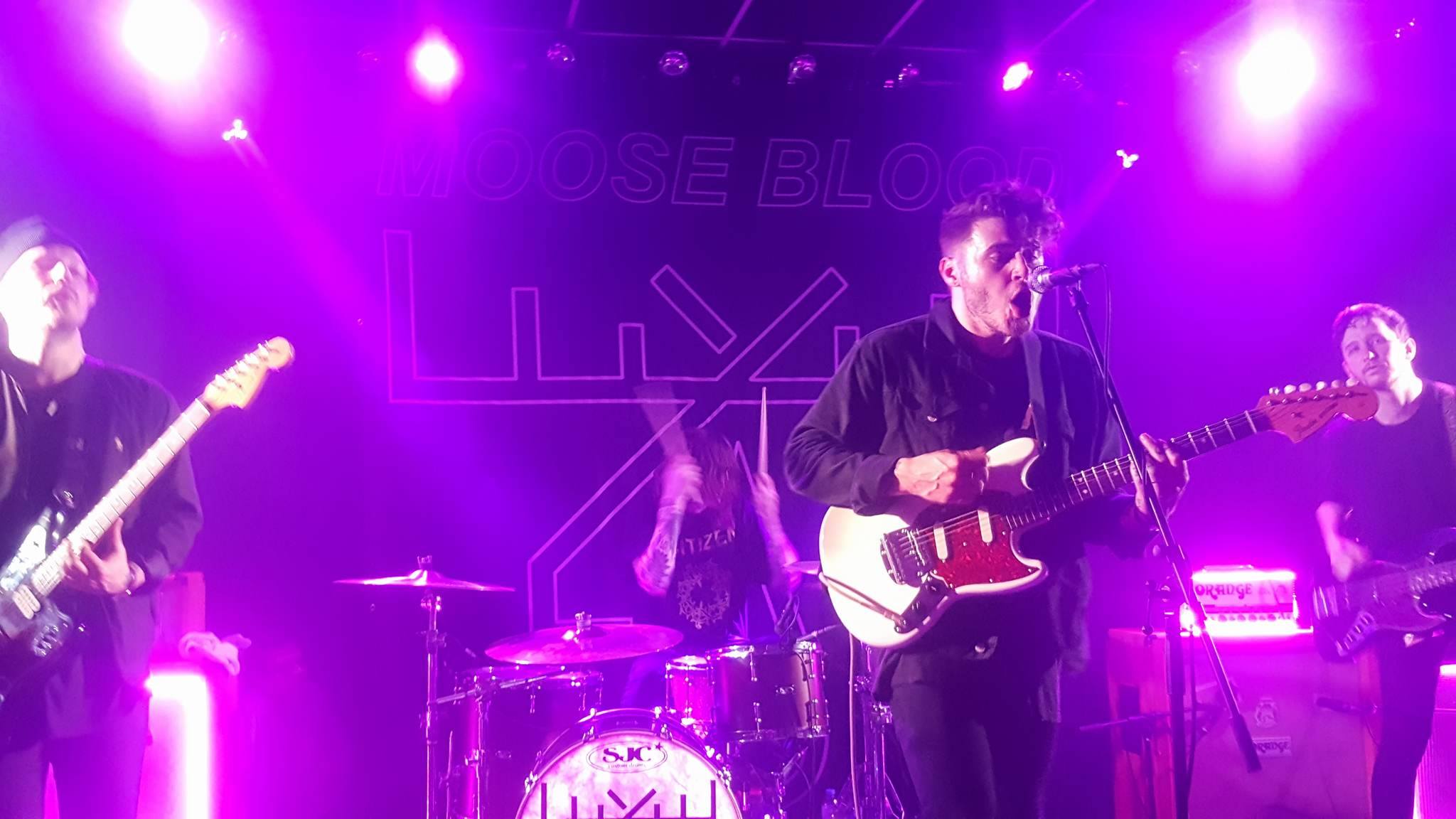