Brudenell Social Club hosted the young, four-piece group, VITAMIN, for their final date on the Brothers and Sisters UK tour. According to their Twitter account they “couldn’t have asked for a better night” and I don’t think their fans could either. The local venue, only 10 minutes down the road from VITAMIN’s usual place of residence, provided the band and the eager fans with an atmospheric and personal venue for the boys’ final send off for the year.

Everyone needs a good warm up before going in to full on fan girl mode, and support act Actor had just the sound to get people moving. The fresh-faced female lead singer worked the venue like it was her own, bringing strong personality and even stronger vocals to the gig. I found myself immediately making a comparison with Nanna Bryndís Hilmarsdóttir, lead singer from Of Monsters and Men. However, the varying sounds from song to song defied any attempt at comparisons, and the band stood on its own as an original act.

The female lead vocals were backed by two males on the guitar and drums that created a sound which perfectly accompanied the singer and set the beat for the steady foot tap of the crowd. An Apple Mac also played a role in the band, adding mellow electronics to the beat. I can’t say it had much stage presence, but the encapsulating sound makes up for that.

Now the buzz began as the crowd gathered, ready to stare up in awe at the four-piece band and sing their throats sore. I took my place at the back ready to silently judge and compare them to every other indie band on the music scene, but as the music started playing I was pleasantly surprised. With countless bands entering the music scene each day, sending out hourly tweets of their Soundcloud it’s become all too easy for bands to sound the same and genres to just become one big mash up.VITAMIN, however, had a refreshingly new sound and just like that I became one of their fans!

Rock, Indie, Pop, Electronic – each different song managed to incorporate a new aspect from a variety of genres. The only label I can be confident about putting on it is ‘good music’. The whole crowd were openly enjoying themselves. As constant encouragement from the band’s foot taps turned into head bobs which in turn became clapping hands, it wasn’t long before everyone was dancing along to the fresh beat.

In such a small venue as Brudenell Social Club it’s essential for the crowd to feel engaged, but VITAMIN once again surprised me and went one step further. Front man Jared instantly urged the crowd forward – making sure his fans got the personal experience small venues allow for. The band were having as much fun on stage as we were in the crowd. Everyone felt included and the whole experience was more like partying with some cool people playing some enjoyable songs. In fact we were all having so much fun the lead singer came and joined us in the crowd. With his arm around the nearest fan’s shoulder and his mic in my ear, the atmosphere lifted to the next level.

With such a fresh and positive attitude towards their music, VITAMIN are definitely one to watch out for in the future. They could go far if they keep collecting fans as easily as they have to date. The band may seem a bit thrown together at the moment, with an awkward comical stage presence that just wouldn’t work for a crowd at the O2, but fortunately it’s what’s going to work for them as they find their way up the ladder. In a few years time I could very possibly be standing at the back of a crowd at Leeds Fest telling people how “I saw them first”. Take the opportunity to go party with them while you still can! 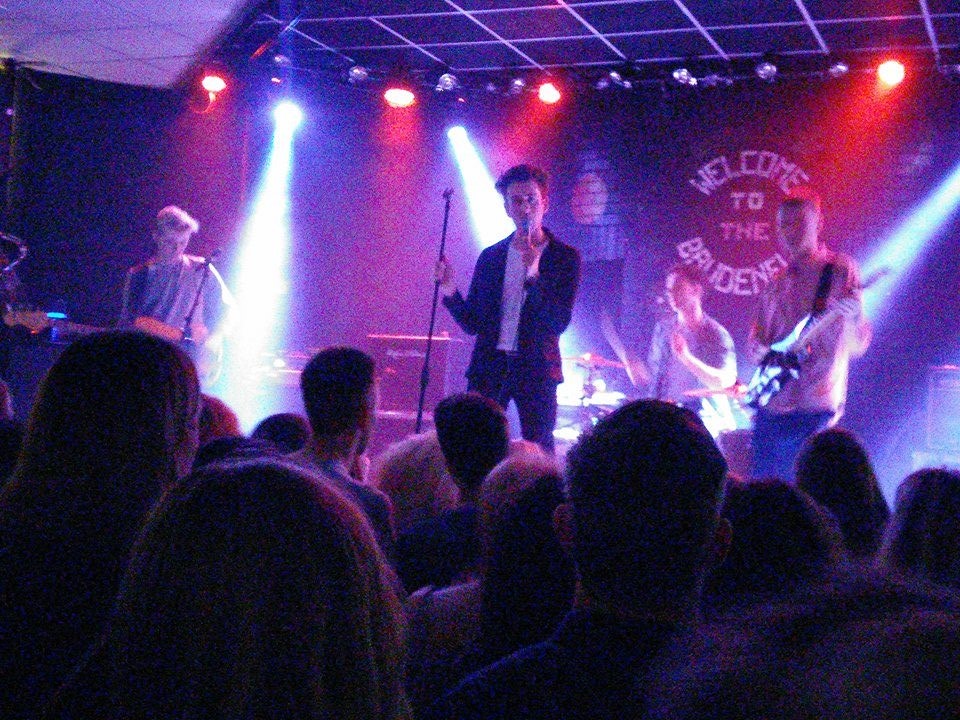