There are some songs that I like immediately but can’t for the life of me work out why. This was the case with ‘We Will Bleed’. This has meant that I’ve taken a while to actually come to writing a review, I needed that time to mull it over, to try and work out why.

‘We Will Bleed’ is a rock song but then again it isn’t quite a rock song – there’s guitar in a rock style in there but there’s loads of keyboards. The vocal isn’t really a rock vocal either – it’s a heavily fx’ed sneery thing.

This sounds like it’s a mess of different things but no, it all works. What’s been done here is to take a whole load of influences and make of them something that is new. Something that is kind of timeless, it’s kind of retro but then again not. You could have played this at a variety of dates from say the late 70s onwards and it wouldn’t feel out of place.

So why do I like this so much. You may be saying that just doing something that’s impossible to slot easily into a genre isn’t a reason to like something, and you’d be right. It isn’t just that, it’s because it’s a fantastic song. Words and music – inventive music – that just work. This is an intriguing and impressive debut release. I, for one, am looking forward to hearing more. 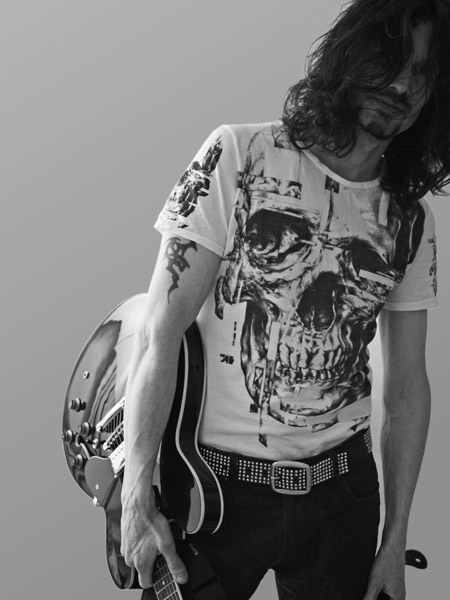 Cold Culprits isn’t a band, it’s a guy called Andy Watson. Andy is a musician and freelance writer living on the outskirts of York.

He bought a guitar and performed at an open mic for the first time in February 2017, which resulted in a slot at a local beer festival that year, and the formation of an indie rock band in 2018. When the band decided to focus solely on playing indie rock covers on the pub circuit Andy started to learn drums and keyboards, to create original music as Cold Culprits.

If you’re into Kasabian, The Slow Readers Club or Reverend and the Makers then Cold Culprits could be for you. If you like the songwriting style of Elbow, Joni Mitchell or Patti Smith then you’re going to enjoy the lyrics of Cold Culprits. Influences include Neil Young, INXS, Bjork, The Clash, The Doors and The Germs, and even a little bit of The Prodigy mixed in among it all. Cold Culprits is all about getting stuck in and doing things yourself. The debut single, We Will Bleed, was recorded in Andy’s front room.

The name Cold Culprits is a reference to The Germs, a 1970s LA punk rock band, referencing germs as the culprits of the common cold. The Germs were unstable, self-destructive and incoherent. They also wrote some beautifully poetic lyrics in the few short years before they imploded and their lead singer committed suicide.