And now for something mysterious. Dojo Explosjo is a virtual band who have names but, crucially, are all fictional. Who’s behind this? I could tell you, but I’d have to kill you afterwards. So it’s better you don’t ask.

Their debut release – ‘Pink Champagne’ – is a bubbling mix of electro-pop and hip hop with the added drive of rock and, crucially, live drums. There are hints of rave, a redhot dash of 80s’ electronica. It’s a weird mix of dreamy and driving. I say weird but it’s a bloody joyful sound.

And to my delight it does that wonderful thing of both being a track you can sit down and listen to, and dance your arse off to it. It’s music with depth and a beat that never gives up.

Whoever is behind this track has made something that is fantastic. Brilliantly produced, arranged and written. Full of sounds that surprise. This is future pop for now. 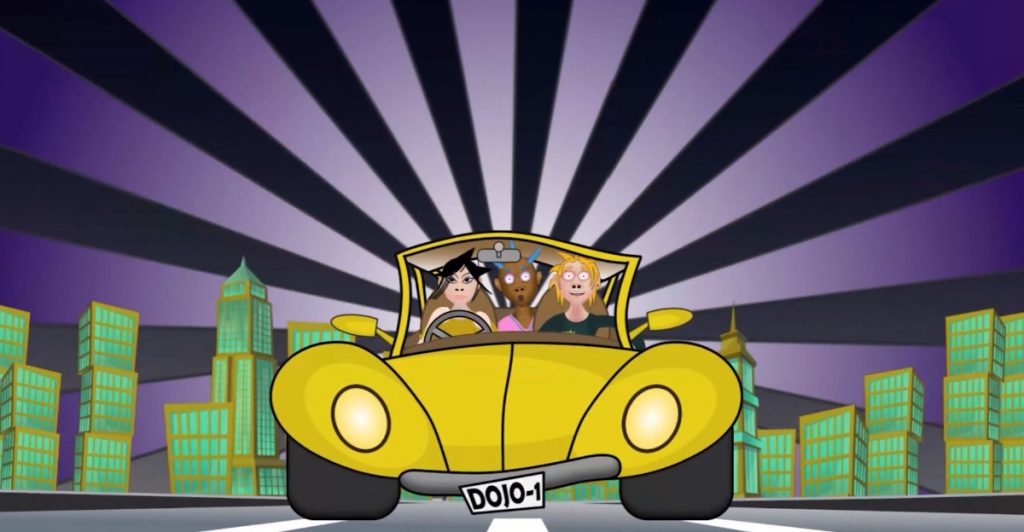 Influences for the project include The Chemical Brothers, Happy Mondays, The Prodigy, The Charlatans, Jurassic 5, Neil Young, The Clash, DJ Shadow and Grace Jones.