OK so I have a confession, when Fudge got in contact to ask us to review their single I almost said no, the first play through didn’t just grab me. But before I did I took a second listen, and something just clicked for me. Look this thing is part beat you into submission loud, part alternative rock, part psychedelic garage and part strangely almost smooth indie. And the loud bits are brutal people, played loud it’s like hitting your head on a brick wall.

It is ‘sounds like it shouldn’t work but it does’ things. And actually having listened to it again, quite a few times actually, I’ve realised that one of the things that made it click is the vocals. Look they’re a bit rough round the edges in places but they’re real, they have this weirdly appealing thing going for them, they’re a bit punky in places and then they do this rather nice alternative rock thing in others. And those backing vocals, so so cool.

And the thing is that musically it’s good, the guitars bludgeon you, and then they ring out in that vaguely indie rock way, the drumming isn’t that flashy but majors on cymbals which is a rather nice touch. The transitions from loud to louder, loud to indie smooth, indie smooth to loud are handled really well. It sounds like one thing not a whole of stuff placed end to end.

As a whole I’m not quite sure why I like this track quite as much as I do, I just do. I realise that’s not that helpful to you, the reader. The vocals yes, the guitars yes, but the mix of things I just don’t why I like that quite so much. I just like music that takes stuff and mixes it up, I guess. Look this track was a bit of grower for me, and may be that for you so do listen again if you’re not grabbed first time around. 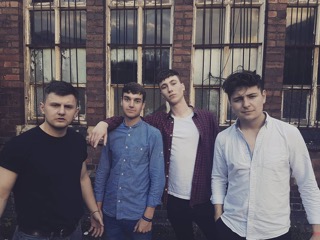 Fudge. The catalyst between you and a good time. Their sound will eat you up and spit you out ready to bang your head til your neck snaps. From funky verses to tight power riffs, there is something for everyone. FUDGE. pride themselves on creating feel good music for feel good junkies. A convergence of influence by Royal Blood, Red Hot Chilli Peppers and Foals.