So before I start the review proper, some information. Internet Raised are Oliver Pinder – who’s released some wonderful stuff – and Vanessa Maria- whose EP ‘Overslept’ we reviewed some years back.

They describe what they do as indie/pop; whether that’s the same as indie-pop I can’t be sure (look I can’t know everything, can I?) It’s kind of a mix of electro indie-pop, trip-hop; that’s my take.

This is pop with depth, music with a message. You need to think of the song as two people telling their stories, describing their issues – in Oliver’s case it’s the loss of his father, and for Vanessa she asks questions regarding her sexuality, habits and life choices. I have to be honest that I didn’t get that the first time I listened to it; I needed to read the press release. But the message of the song is that things will get better.

So the important thing is does this work musically. It does, it does so bloody well. Musically this is a trip through different styles that are woven together into something brilliantly epic. The two stories come with their own musical signature – Oliver’s is indie-pop singer/songwriter and Vanessa’s is trip-hoppy, dreamy. The message that things will get better is strong and poppy. And it’s all tied together by two great vocal performances – but you’d expect that.

The thing about this track is that it rewards closer listening; there are touches of sounds – a backing vocal there, a synth here – that add magic and sparkle. And the lyrics are compelling.

The whole is something that has crept into my head and lodged itself there. It’s the combination of all the great things I’ve told you about, it’s not one thing. For a debut release this is something incredibly accomplished and special. Internet Raised are one’s to watch. 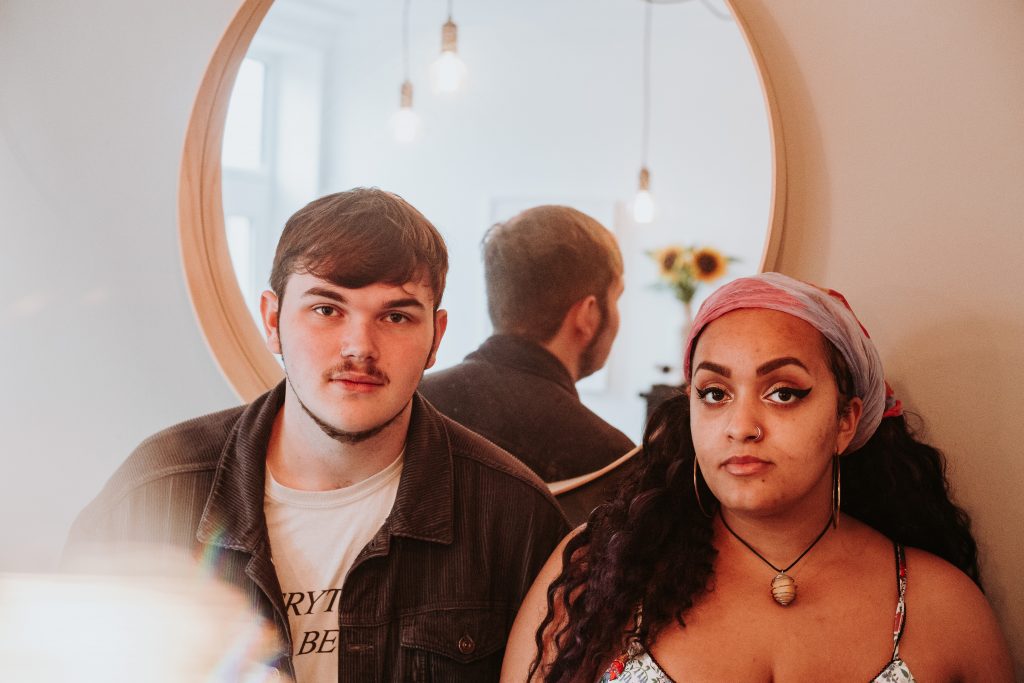 Internet Raised are a fresh, innovative Indie/Pop Duo. Members Oliver Pinder (from Wakefield) and Vanessa Maria (from Manchester) have been writing this “project” for around four years, with “Better” celebrating the birth of Internet Raised.

“Better” was written during the first wave of the coronavirus pandemic, courtesy of a writing session over Zoom.

Later in 2020, the duo then took the original demo to James Kenosha, a producer, known for his works with Birdy and Rhodes. This then expanded on Oliver’s existing production.

The song “Better” draws on themes of loss and questioning. Whilst Vanessa asks questions regarding her sexuality, habits and life choices, Oliver discusses the death of his Father at
such a young age. The chorus emits positivity and optimism, with the crucial, truthful lyric that if you “give yourself a little time”, then things will only get “Better”.

“Better is a reflection on our past with a strong focus on developing to be ready for the future. It draws on a lot of the difficult things we have experienced in our past but is about moving on and learning to be your true self”, the duo explain.