For those of you for whom Hull band King Orange are new, they are a post-punk band. Now this is a somewhat vague description as post-punk is a many legged beast. For this release the sound is akin to mixing Joy Division, Bauhaus and early Goth. By this I mean that it’s all pulsing bass, angular frantic guitar and declared vocals. This might, or might not depending on your point of view, mark this out as a more ‘trad’ post-punk sound than other post-punk bands that are around now. This, I assure you, is not a criticism, merely an opinion.

As you’d expect from a post-punk track of this nature it’s about a weighty subject. The band explain “On the surface, it’s an examination of the relationship between our history and our present; that which we value and that which we trust. It asks if we have too much faith in those that we put it in, and if complacency is damaging that which we hold collectively dear. As the song moves on, it changes from the societal perspective onto the personal, shifting from a focus on the connections between different parts of society to the individual and their links to their immediate environment,” says singer and bassist Leo Joslin.

“As with the rest of the forthcoming EP’s tracks, there’s heavy use of theological and religious imagery in ‘Patriot & Father’, from the title to the last verse. The meeting of religion and society, in both the good and the bad, is at its core. I also think it matches with the angular and direct sound quite well.”

That is a big subject to explore in a song and there are a lot of words. But the words are good. This is a song that you will gradually understand. And this is part of the joy of the song.

The great thing about the track is that it has space; all the instruments are given space to breathe, to fully attack your ears. The contrast between the angular frantic guitar and pulsing bass is there to thrill. This is a song to dance to frantically; it’s a wild, swirling thing.

I’m loving the resurgence of post-punk; the whole range of the sounds rejuvenated by the current crop of bands, and where they are taking the genre. King Orange deserve your rapt attention if you’re into post-punk, but not only then because they’re a part of that post-punk – noise rock continuum.

This release is total joy; wild and frantic, angular, compulsively danceable, and yet you can sit down and really listen to it. In a phrase, absolutely brilliant. 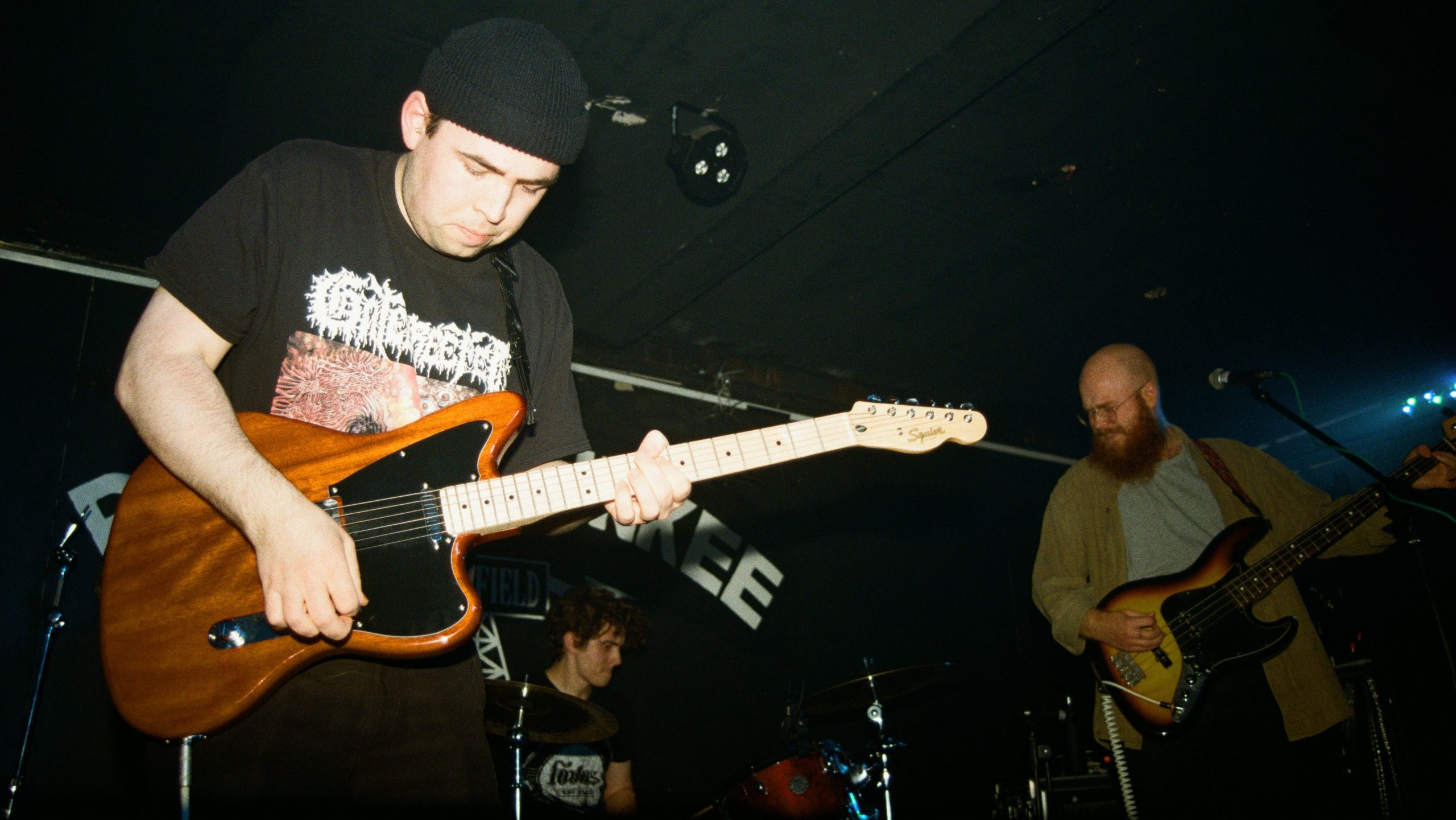 King Orange emerged from Hull’s vibrant post-punk scene, but have crafted their own sound using wiry guitars, a churning rhythm section and deep vocals to create short, sharp songs that leave little in the way of excess. Working with renowned producer Alex Greaves (bdrmm, Heavy Lungs, Working Men’s Club), ‘Patriot & Father’ offers up the first piece from their gothic and doomy debut EP due in October.