MARKETPLACE are the latest band to be signed to the mighty Monomyth Records. And this is their frankly glorious debut release on the label.

Musically what we have is something that combines classic pop, hints of dream pop and a dose of indie into something that has a huge tune that is so bloody earmwormy it hurts and is going to make you want to dance your arse off.

But take a closer listen for this is music that has a depth. Yes you can hear up to date influences but to my, admittedly older, ears there’s something of a retro sound. I get something of that jangle of Twee (Google that people), and it’s not just the jangle but the vocals. Vocals that are joyful by the way.

And that leads me to the playing on this track; it’s ace. Just the right amount of pop fabulousness and quirky sounds to please both those of us who love a great pop song and those who are looking for something more inventive.

You may be wondering about the title and what the song is about. It isn’t, as I had rather wished for, a song about the wonders of condensed milk – which I happen to think is criminally under-rated foodstuff. I’ll let the band explain “’Condensed Milk’ was written at the beginning of Evie’s first year at uni during a time when she was homesick and the winter nights were drawing in. The track is about generally not being in the best place mentally at the time. The title is one of those that came about through not having a proper title and basically refers to The lyric in the chorus. Standard:)”

This is just the most fantastic blast of musical joy. It’s going to leave you with dancing feet and a wide wide grin. 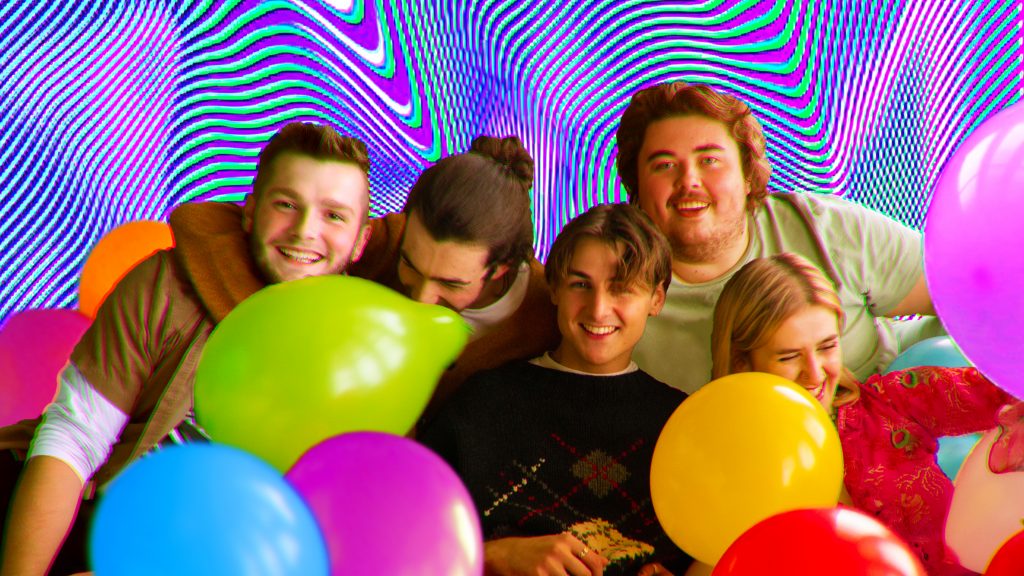 Monomyth Records latest band MARKETPLACE formed in Hartlepool during 2017.The 5-piece cite influences such as Grouplove, Mystery Jets, Hippo Campus and Talking Heads and have attracted wide acclaim during their time as a band. Their music has won fans such as Rianne Thompson from BBC Introducing on Radio Tees as well as press coverage from the likes of Dork Magazine and NARC Magazine.