You may think this release from MMIV isn’t the sort of thing I’d like, it having something of an old-style indie feel (think Libertines I guess) to it, but you’d be wrong, you’d be horribly wrong. Actually I really like this song, which rather surprised me to be honest. I’m going to be honest and admit that on my first listen I got to around 50 seconds in, and decided that it wasn’t for me at all. But I like to give bands a fair crack of the whip and decided to at least listen all the way through once. By the end of that first listen, I had this irresistible urge to play it again.

What I liked, really liked, was that it’s lo-fi, it’s so lo-fi and ragged, it sounds as though it was recorded in a somewhat echo-y room by a band who either just don’t give a shit what it sounds like or are suitably refreshed, or quite possibly both. While it’s obvious to anyone that it wasn’t, it’s a carefully put together thing, it’s just that it sounds like that. And I really like music that isn’t polished until any spark of originality is removed completely. And although it may sound ragged and lo-fi, closer listening rewards you with guitar that is fantastic in a lovely restrained way.

I have also developed quite a thing about the vocal stylings of Max. he sings in a way that is kinda reminding me of punk pathetique vocals, it’s casual and kinda drawled, and employs an accent I can’t identify. Although in the choruses he suddenly decides to sing, let’s say, properly. It’s the contrast I love.

And crucially this track has a tune that is quite quite earwormy in the slower verses. And the faster sections rush by in the most wonderful way. And the other thing is the words, they kinda remind me of the song writing of another band I really like – Mega Happy – the words deserve your ears giving them a closer listen, OK.

What this all adds up to is something I really like, I didn’t think I would, but I do. It’s the sort of thing you have to give a chance, I did, and I’m really happy I did. This is joyful and a blast, go to it. 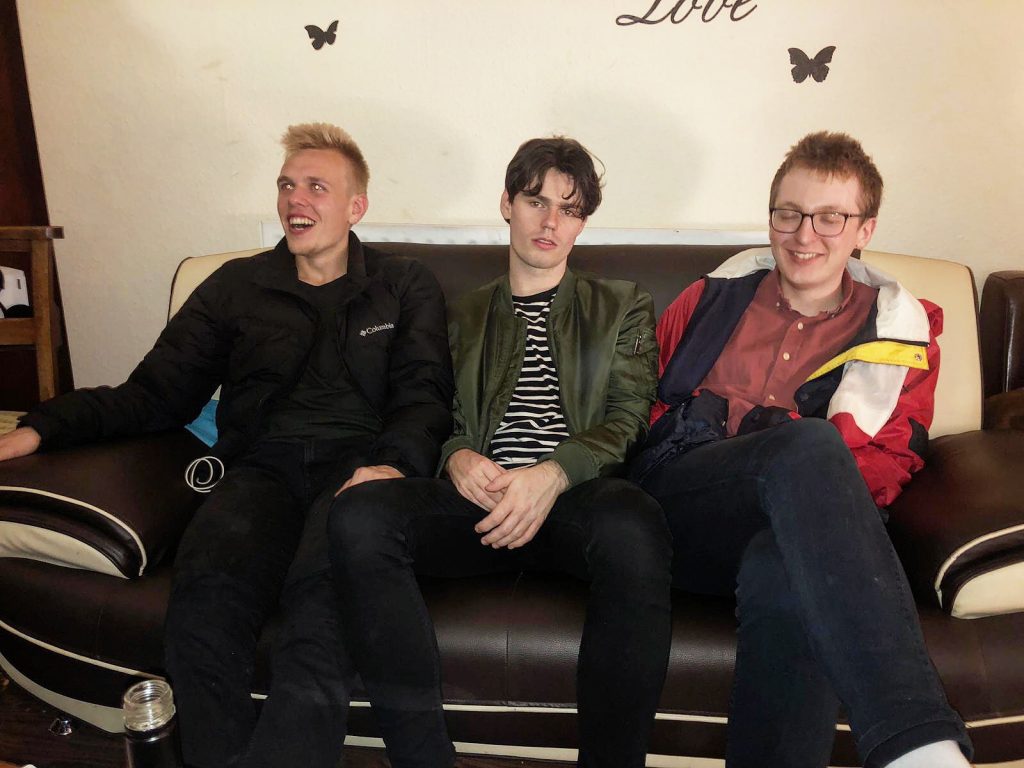 The band started in mid 2018 when bassist Charlie Adshead (formerly of Turnstones) noticed the lo-fi material that singer/songwriter Max Rawdon had been posting online, and offered to lend a helping hand. The two hit it off immediately, making acoustic demos together, and performing as a duo at open mics around Leeds. The choice of single was a song the two worked on and finished on their first meeting and both felt excited about. Gigs were performed with a stand in drummer – Rawdon’s childhood friend Matt Hooper – until the summer of 2019, and the single was recorded with this drummer, before the band eventually recruited Jasper Exley (who you may know as the keyboard player from Everyday People).

After playing their first gig at the Lending Room MMIV were approached by producer Danny Blackburn who saw the performance and wanted to work with us, and ‘Room For Requirement’ is the result. Charlie, Jasper and I plan on releasing lots more tracks with catchy melodies, pop structures, strange rhythms and a bit of attitude, and while ‘Room For Requirement’ may not be our best song, it is a good introduction to the band as we plan further releases and gigs.