Until I was asked whether we’d like to review this song I’ve never even heard of Samh, despite the fact that I actually live in Huddersfield where Samh are based. So before reviewing this I went and listened to some of Samh’s other releases. If you’re already following Samh then perhaps you know what the band do normally, so you can skip this bit OK.

What Samh make generally is folky psychedelic music, you may reach here for, if you’re into that sort of stuff, for The Incredible String Band, yep to my ears at least some of what I listened had a hint of ISB running through.

However, and it’s big however, ‘We Are Not Physical’ isn’t that at all. It’s a slightly , very slightly folky, dance track. And that’s dance as in disco-esque. This may come as somewhat of a surprise to people who know the band. It’s all bright and summery.

But it comes with words that are somewhat deeper and meaningful than your avergae dance track, so you can actually sit and listen to it, not just dance your thang off. And there are parts of this that just become something else, something strangely indie-pop or even psychedelic folky.

So while it sound like something that is confusing from my description the whole is a joy, a delightful joy. A song that just makes you feel happy and leaves you smiling. A track that you can dance to or just listen to it. It’s just lovely. 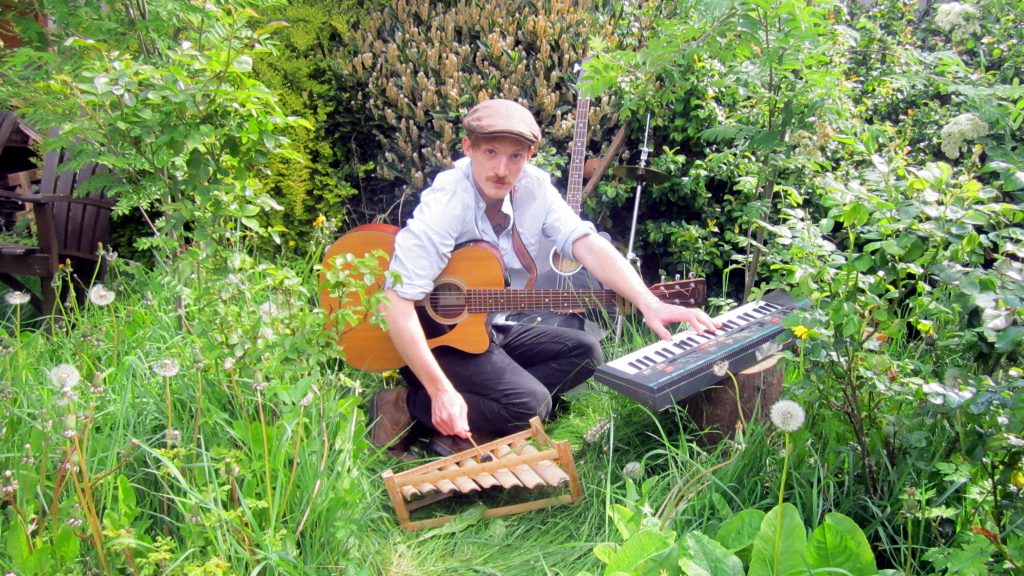 Huddersfield based Samh is sometimes a band and sometimes Samh plays solo.

SINGLE REVIEW: Luna Pines – ‘The House We Lived In’