It’s a while since I’ve reviewed anything from The Battery Farm. Now they describe themselves as Gutter Punks but don’t let that constrain your musical imagination; they are apt to go left field, surprise. In evidence I present ‘Wooden Spoon Number’ a song which sounds like mutant Kraut Rock/Post-Punk.

There are hypnotic sparse drums and bass, big expansive choruses. And sections of pure lovely noise. There are what I can only describe as squelching sounds. It musically intrigues and excites with the odd sounds and the sinuous rhythmic pulse. It is both beautiful and harsh, both jarring and beaty as hell. It shouldn’t be this earwormy but it is. And, as if you need telling, it’s way way danceable.

The band offer this explanation for the song ‘It is a song about the rich inner life of the wooden spoon, and how when it feels pushed to it, that rich inner life can take on a murderous bent. Or is it about something else entirely?’ Not the first time I’ve seen a song explanation that’s as confusing as the song itself, but it’s the best by a long way. This is a song that reveals itself by repeated listening; a process I have yet to finish.

This is a bloody fantastic release, straight out of the left-field, injecting itself into your head where it will sit forever. 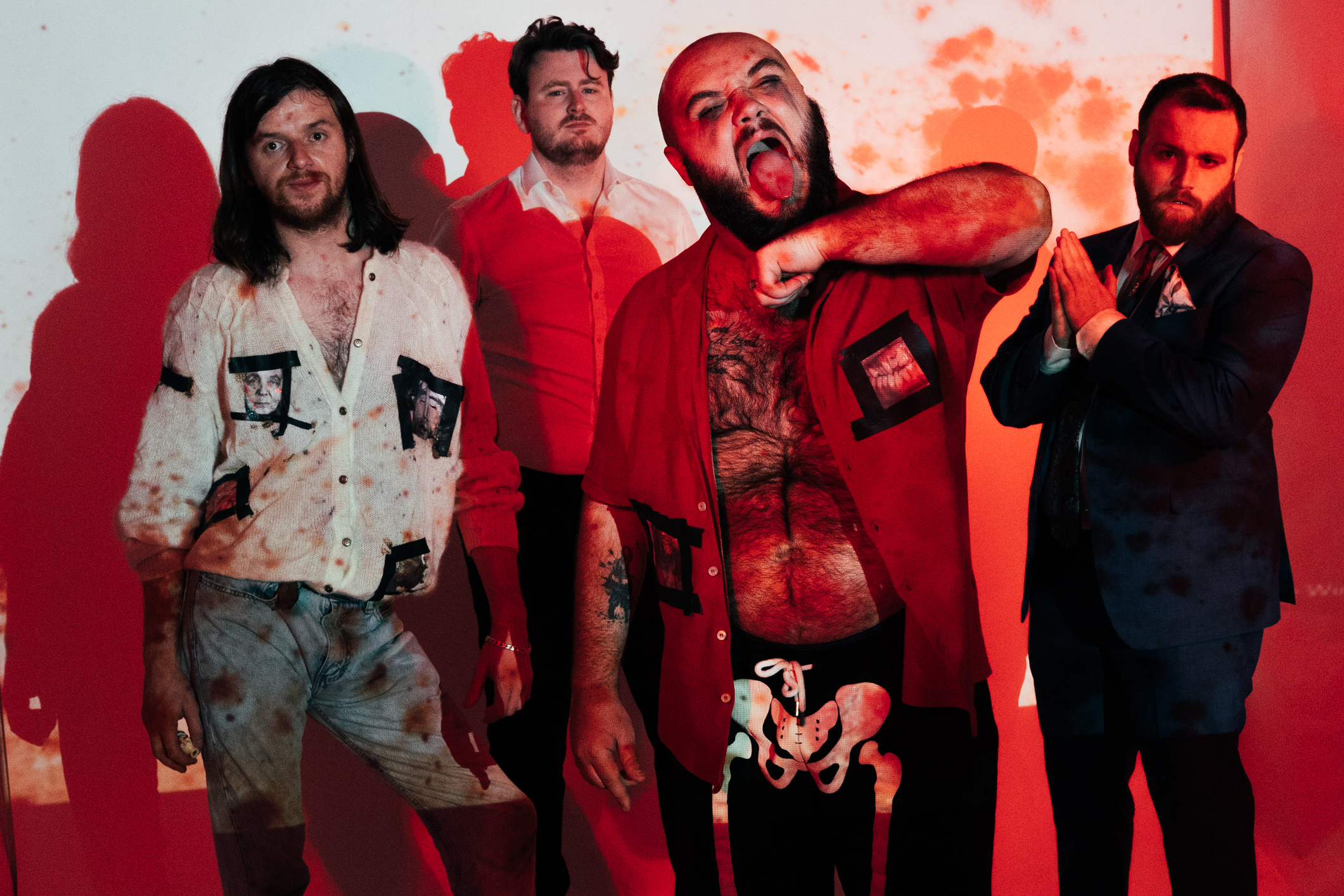 ‘Wooden Spoon Number’ is the 2nd single from our forthcoming debut album FLIES – itself out 18th November on Rare Vitamin Records.

The Battery Farm are a Gutter Punk four-piece from Manchester playing punishing, pulverising rock music brimming with pain and passion. They were formed in March 2019 by brothers Ben and Dominic Corry. It was formed as a cry of despair; a terrified and furious response to a world that rapidly seems to be going wrong. This is reflected in the sound of the band, which is frantic, visceral and violent but also laced with beauty and melody. Our sound has been compared to bands like PIL, Fugazi and Pere Ubu while maintaining something thrillingly real, original and human. They write about ourselves and the world they see around them with guttural honesty and searing compassion.