Home Rock Pop & Jazz Rock Pop Jazz-Reviews SINGLE REVIEW: The Rooves – ‘Who Do You Think You Are’

The thing that grabbed me about The Rooves ‘Who Do You Think You Are’ is that while it may be a rather fabulous piece of indie-popish pop it has something else, it has a groove, it has hints of soul. Yep, it’s soulful indie-pop.

And the provider of that soul edge is Charlotte’s vocals – so cool, so smooth, so damn good. Throw in some rather cool lead guitar, and you have something that is just not your usual sort of indie-pop thing. Rather it sits there begging me to use the Neo-Soul label but I’m going to resist that. Yep it overlaps that, but it’s not that completely.

But this has way more. it has great playing, it has a arrangement that can’t be faulted. An arrangement that allows space for the playing and the vocals, but at the space time gives it a smooth late-night vibe.

And it makes you feel soothed and calm and peaceful. It does that to you. It’s wonderful, being honest and summing it up, the best thing to say that’s it’s wonderful, This is one cool release. 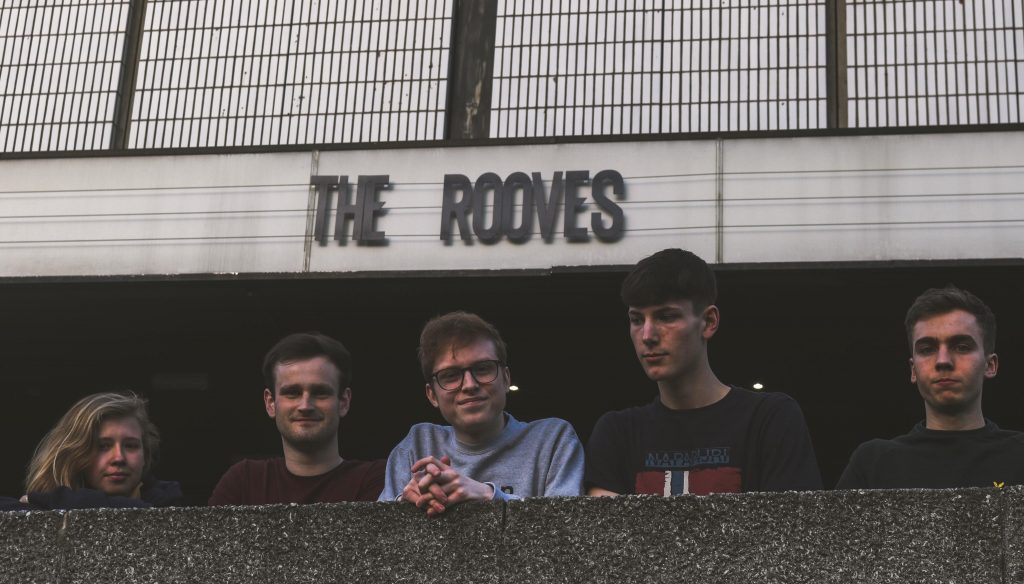 The Rooves are a female fronted, 5 piece indie/alternative band from Chesterfield formed at their local sixth form. The band have quietly formed an ever-growing following in the region following the 2018 releases of EP’s Ground Control and Henstock’s. Taking inspiration from the likes of Snail Mail, The Big Moon, The Strokes and more, The Rooves’ sound is ironically upbeat and cleverly manufactured. One could easily be lured into thinking the band seem to have found the formula for indie-band songs and stuck to it, however, songs such as Blue, 1903 immediately make clear that the music refuses to be one-dimensional, with lulling, and slightly haunting vocals.

2019 saw the release of Television (produced by Sugar House) which was aired on BBC radio 6 as well as ITV’s This Morning. The Rooves played gigs around the UK, headlining stages such as The Leadmill and 02 Academy Sheffield. During summer 2019 The Rooves were selected by Dean Jackson from BBC introducing East Midlands to make their debut festival appearance at Ynot? Festival in Matlock.