This is Doncaster’s The Strangers debut single, and what a debut. It’s a blast – a short blast, this thing is under 1½ minutes long – of punky pop.

I guess the title needs some explanation. Martha, the band’s singer, explains ‘It’s partly inspired by my brother as he is in touch with his femininity and hasn’t got all these toxic ideas about masculinity, but he’s completely straight’. To tackle gender politics in a song that’s this short is something of a task but it works. And the lyrics come with a sense of humour, and this is all good.

The thing about this track is that, while you could easily put it into the punk-pop niche, let’s not do that. It has something of a Twee sound. Twee is a thing that started in the mid-80s with bands like Talulah Gosh; and basically it’s kind of punky guitars with non-punky – usually female – vocals. The band are clearly not old enough to have heard any Twee bands at the time, so maybe they came up with this as a result of mixing their influences, who knows. Anyway this for me is a good thing, I was a fan of Twee bands at the time.

I’m going to stop thinking aloud about possible influences because, and this is the key thing, this song is incredibly fun, charming and, although I’m slightly wary of using this word, sweet. It’s a band doing their own thing and having huge fun doing it. Let’s not forget that music can be fun, and this reminds me of that.

I’m marking The Strangerz as a band to watch. This is a fantastic debut. 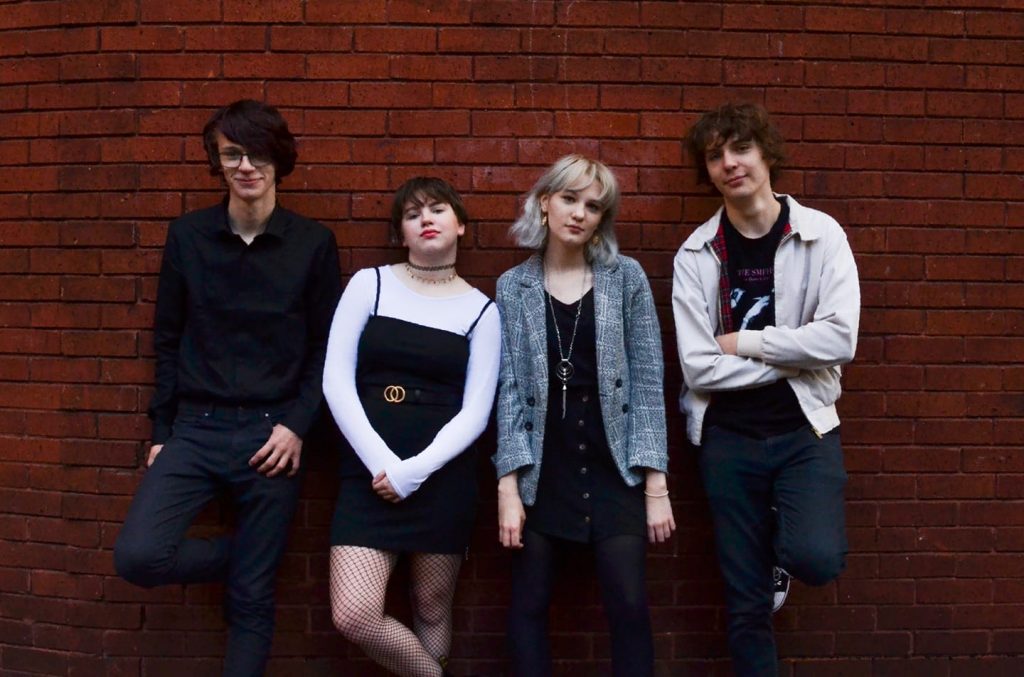 The Strangerz are a new alternative band from Doncaster, with Martha Kelly on vocals, Shannon Gebbie on drums, Tobin Middleton on bass and Tom Kelly on guitar