Having announced a huge increase in capacity at all events late last year, 2015 sees the Leeds event return to its original home – Millennium Square – as well as O2 Academy Leeds and Beckett University. The festival boasts over 50 national and international artists across seven stages – both indoor and out.

Slam Dunk, now in its 10th year, has carved out quite a name for itself, beating the ever-popular Download Festival to win Kerrang!’s coveted Best Festival award in 2014.

Fans of pop punk, ska, punk and hardcore will certainly find themselves at home at Slam Dunk.

Headlining are the mighty You Me At Six, who have a special place in Slam Dunk history, having played the festival regularly on their way up. Their debut album Take Off Your Colours was even released through the festival’s very own Slam Dunk label.

The Main Stage line-up is brimming with award-winning rock talent – Lower Than Atlantis and Neck Deep having been Kerrang!’s Best British Newcomers for 2013 and ‘14! It also plays host to We Are The Ocean, who are sure to be showcasing tracks, hot-off-the-press, from their fourth studio album, ARK, released earlier this month.

Architects headline a brilliant Monster Stage line-up. Their latest album, Lost Forever // Lost Together, won them last year’s Kerrang! Best Album award and, according to Alt Press, this may finally be ‘the release that catapults them into the god-level tier of metalcore bands’.

Don’t miss Crossfaith – the Japanese metalcore band from Osaka, who are renowned for both their fusion of metalcore with electronic dance music and their intense live performances.

Sheffield band While She Sleeps also play, and there’ll be a special appearance from Hampshire metalcore kings Bury Tomorrow.

Lovers of ska punk are advised to check out The Desperados Stage, with festival favourites Reel Big Fish headlining alongside Mariachi el Bronx, Big D and the Kids Table and more.

Venture over to The Macbeth Footwear Stage for your fill of pop punk, with The Wonder Years, Such Gold and Transit straight off their UK/Euro tour, and Cartel – who sadly have announced that Slam Dunk will be one of their last ever UK shows.

Hardcore is represented on the Impericon.com Stage, including Gallows, who have just released their new, self-titled album, the mighty Bane, and Dead Harts – another Sheffield band who are well worth catching if only to appreciate the their energetic and passionate delivery.

The Fresh Blood Stage brings you exciting, up-to-the-minute new talent with, amongst others, Nottingham band Baby Godzilla and Dublin’s Only Rivals. We may well see some of this fresh blood on the Kerrang! Best Newcomer Award list next year.

With resident and guest DJs performing throughout the day, exclusive signings from artists, and the infamous on-site after-party, Slam Dunk Festival 2015 is set to be the biggest yet, and certainly one not to be missed!

Please note: Some ticket outlets have sold out of all NORTH tickets. Please check the website to see which outlets still have tickets.

Doors for the event will be open from 1PM. Bands will finish no later than 11PM on all three days, with after-parties finishing at 3AM. All events are 14+ for the festival and 18+ for the after show party. ID will be required. 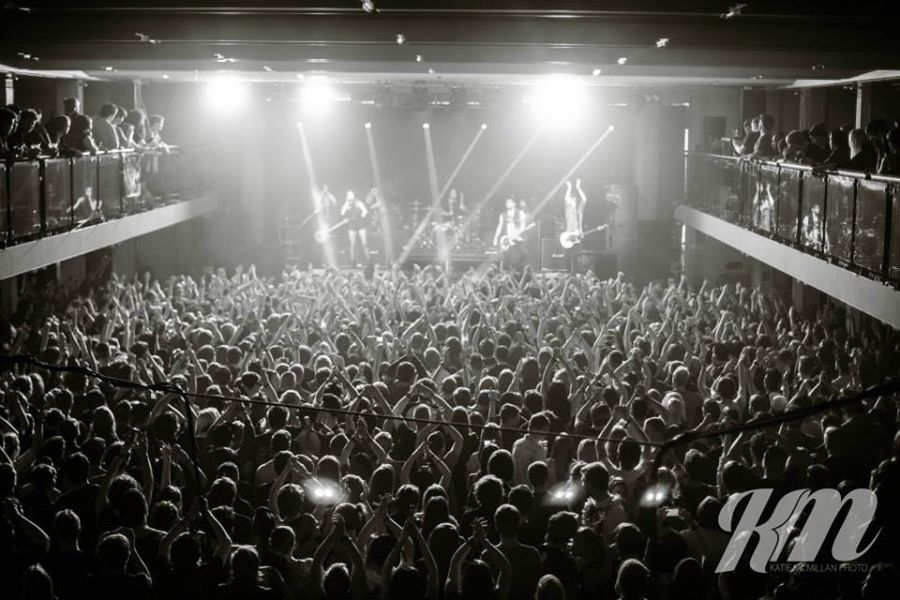