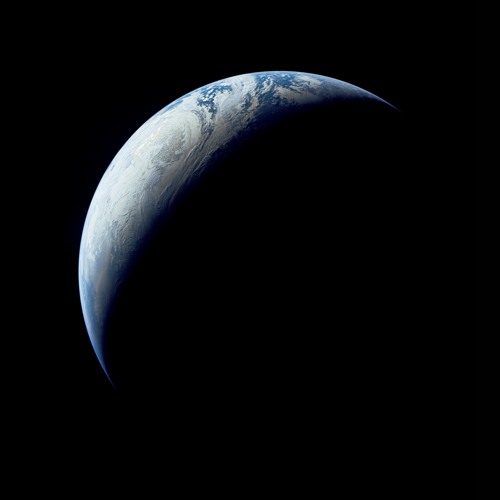 A Fold album can be appreciated on two levels. Firstly musically as fantastic music that is intriguing and compelling and, secondly, on an intellectual level because their music has a message and a meaning. The full experience, of course, is obtained from combining those two into one whole.

So first off this is a tribute album to Lorraine Hansberry (May 19, 1930 – January 12, 1965). I admit that I had to look up who she was. She was a playwright and writer, and civil rights activist. There’s some links below which I recommend you follow to learn more about her and her life.

“Largely defined by her trailblazing play A Raisin in the Sun, Lorraine Hansberry died in 1965 at the age of thirty-four. A prolific and probing artist, she was also one of the most radical, courageous, and prescient artist-intellectuals of the twentieth century—and one of the least understood.”
Imani Perry

Fold say “ Drawing from Lorraine Hansberry’s recorded speeches and interviews, we’ve assembled a body of interrelated narratives and composed 12 tracks around them. These narratives address not only the burning issues of Lorraine’s past, present and future but, through her extraordinary vision, ours as well. Complemented by additional posthumous words from Coretta Scott King and EF Schumacher along with bridges to the present drawn by UK poet Mr Gee, a compelling portrait of an extraordinary woman emerges”.

It’s difficult to review this as I would other albums – either by reviewing every track or selected tracks – because to my mind this album is a cohesive whole rather than a series of songs. I could put it like this; it’s more of a book with chapters, rather than a book of, possibly connected, short stories.

The music is incredible; different styles and feels span the album. Sometimes atmospheric, sometimes driving and uplifting. And sonic surprises are there in plenty. And yes, you could listen to the album as music (but that would be missing the point). The words and music perfectly compliment each other.

This album succeeds on many levels – musically, as a narrative and as a gateway to Lorraine Hanberry’s life and work. It puts the message over but gently; at no point does it berate or hammer it home.

I highly recommend this album on all three of those levels. If you were already aware of Lorraine Hanberry’s work then I think it’s going to enhance your understanding. It’s education through entertainment to use a well-worn cliche. It does this so perfectly I don’t have the words to explain.

Drawing from Lorraine Hansberry’s recorded speeches and interviews, we’ve assembled a body of interrelated narratives and composed 12 tracks around them. These narratives address not only the burning issues of Lorraine’s past, present and future but, through her extraordinary vision, ours as well. Complimented by additional posthumous words from Coretta Scott King and EF Schumacher along with bridges to the present drawn by UK poet Mr Gee, a compelling portrait of an extraordinary woman emerges.

The aphelion is the point in the orbit of an object when it is furthest from the sun. Metaphorically speaking, the world of today feels further from the light than ever before. Lorraine Hansberry was among the few in her time who recognised that we are heading in perilous directions. Through her depth of historical knowledge she understood that this hadn’t changed much over many centuries as we’ve remained unable to widely perceive the underlying mechanics of our world. Alas, the world she fought so hard to illuminate still has a dangerously dim outlook. We need her light now more than ever to help guide us out of the darkness.

This tribute is, perhaps selfishly, a way of keeping Lorraine Hansberry alive and hopefully expanding the reach of her legacy. As long as she’s still talking and people are still listening, some part of her lives in the present. To us, in these dark times, that is a deeply comforting thought.

Young, Gifted and Black: who was Lorraine Hansberry?: https://www.nationaltheatre.org.uk/blog/young-gifted-and-black-who-was-lorraine-hansberry

“The Black Revolution and the White Backlash”
Forum at Town Hall sponsored by The Association of Artists for Freedom: http://americanradioworks.publicradio.org/features/blackspeech/lhansberry.html

A Raisin In The Sun – BBC Radio: https://archive.org/details/araisininthesun1/A+Raisin+In+The+Sun+1.mp3