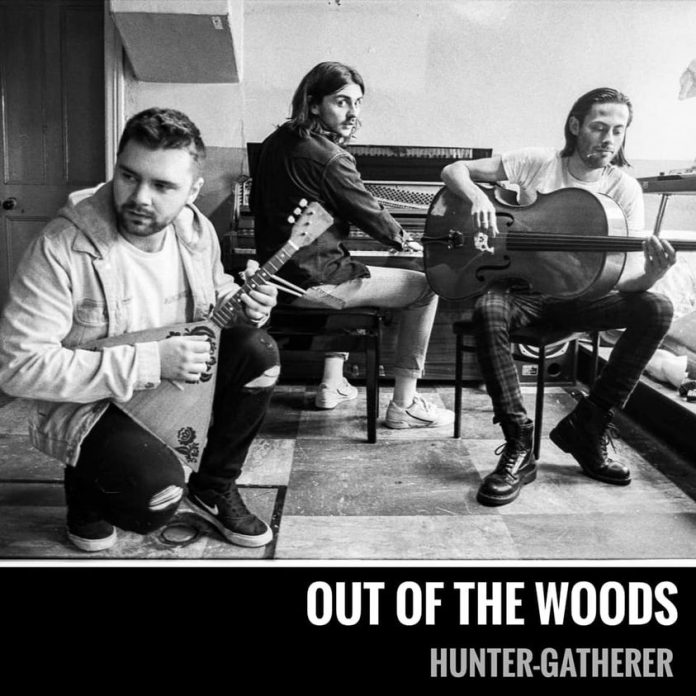 Over the last year (well about a year but hey a year is close enough for rock ‘n’ roll) Hunter-Gatherer have released three incredibly impressive singles. Now there’s this EP – spoiler alert, I was not disappointed.

For those of you that are new to the band, I’ll get you up to speed. They play alt-rock, loud alt-rock. But, in an expect the unexpected way, they throw in loads of things – a bluesy thing there, a metal riff, more than a hint of AOR, riffs that wouldn’t feel out of place in a post-hardcore band. It might be better to say that they play rock, rock with subtlety, rock that is put together with a great deal of skill.

For this EP the band have added something new to some of the songs – something that I can only describe as heavy rock a la 70s; there’s a funky feel and, of all things, organ you see.

Appropriately enough the EP opens with ‘First Base’. I could describe this as funky alt-rock, yep let’s stick with that. All kinds of guitar riffs, heavy heavy drumming, a horribly catchy end section with outstanding harmonies. It’s heavy but with a tune, a great tune. The interplay of, what we used to call light and shade back in the day, is clever and subtle.

It’s also going to, if you’re new to the band, introduce you to the great guitar and lead vocals that are the one of the hallmarks of the band..

It’s the sort of track you could, and should, go wild to.

‘Burn It All Away’ brings that 70s’ heavy rock feel to the party. There’s that big big dense sound, a guitar over it. A huge tune. But wait a minute there, there’s big heavy bass-y riffs with organ, there’s a harmony vocal bit that wouldn’t be out of place in a pomp-rock track. And, as though that wasn’t enough, a searing guitar solo.

Sounds like an unholy mess, it isn’t. You see that’s what Hunter-Gatherer do, they take all of these things and make their own thing. Their own incredible thing.

‘Dance In The Rain’ is a funky almost bluesy alt-rock thing. That funky as fuck bassline holds it altogether while the track goes from urgent freaking out to big heavy rock and back again. Guitar that rocks hard, drums that pound. This song is a bloody joy.

‘Closing track ‘Satisfied?’ is a heavy alt-rock track. The heavy bits are way heavy and the quiet bits are incredibly melodic.They’ve added something – a certain subtlety, a hint of sophistication. The heavy bits are incredibly heavy; guitars roar, vocals scream. But it’s in the quiet bits that frankly my jaw dropped; there are hints of jazz in the drums and bass, a melody that rips your heart out. And the builds to the heavy bits – joyful. Add to this a lead vocal that is so-so strong, full of emotion. Some cleverly arranged backing vocals.

This is a band who are not afraid to add touches, the feel, of things old and new to their sound. This brings a sort of timelessness to their sound. The songs on the EP are a step up on their previous fantastic releases. Their path seems set on up and only up. This EP says ‘yep, this is where we are right now’, it’s setting a marker of where they’ve progressed to in what is a very short time.

This an EP for fans of rock – heavy rock, melodic rock, alt-rock, any sort of rock. Get to it, right now, y’hear.