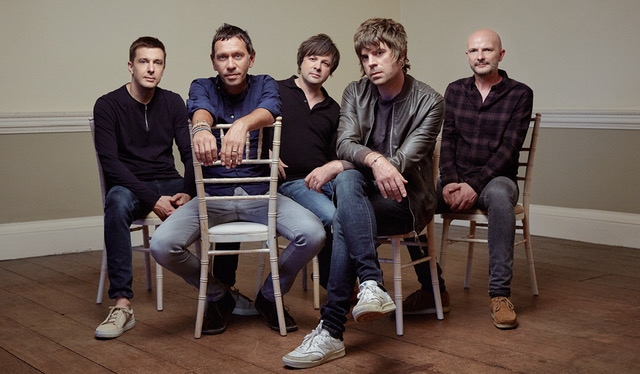 On 15 May 2021, York’s premier Britpop poster boys will be headlining a very special show at Doncaster Racecourse.

This unique show will invite audiences to enjoy an entire day of racing at one of the UK’s most prestigious arenas, with the added bonus of a full Shed Seven set late into the evening.

Rising to fame as one of the leading lights of the Britpop scene, some 30 years since their formation in York in 1990, Shed Seven have established themselves as one of the nation’s favourite alternative rock bands. Turning heads with the release of their classic debut album ‘Change Giver’ in 1994, the Rick Witter five-piece unfurled a flurry of smash hits that would come to define the period and amassed an impressive fifteen Top 40 singles and four Top 20 albums over the next 5 years.

After an extended hiatus in 2003, the Sheds surprised and delighted fans and critics alike as they returned with their first new studio album for 16 years: ‘Instant Pleasures’. Demonstrative of a band back at the top of their game and rippling with ideas once more, ‘Instant Pleasures’ delivered exactly what it said on the tin. Rightfully rewarded with a Top 10 UK chart position, rave reviews and national radio playlistings, the band are more in-demand than ever.

A hectic 2019 schedule saw them release their ‘Going For Gold’ greatest hits on gold-coloured vinyl for the first time, plus thrill audiences nationwide on their packed-out ‘Shedcember’ tour (an extensive tour of capacious venues that also included their first ever headline arena show at the Leeds First Direct Arena). Showing no signs of slowing the pace any time soon, the Sheds now look on to their huge Doncaster Racecourse performance in Summer 2021

With anthemic hits spanning three decades and energy in spades, few bands could be better suited to long summer evening show to a Yorkshire county crowd than Shed Seven. Currently celebrating the 25th anniversary of their first album release, expect a mix of Sheds classics including ‘She Left Me On Friday’, ‘Dolphin’, ‘Disco Down’, ‘High Hopes’, ‘Where Have You Been Tonight?’ and more, plus choice cuts from recent album ‘Instant Pleasures’, including fan favourites ‘Room In My House’ and ‘Better Days’.