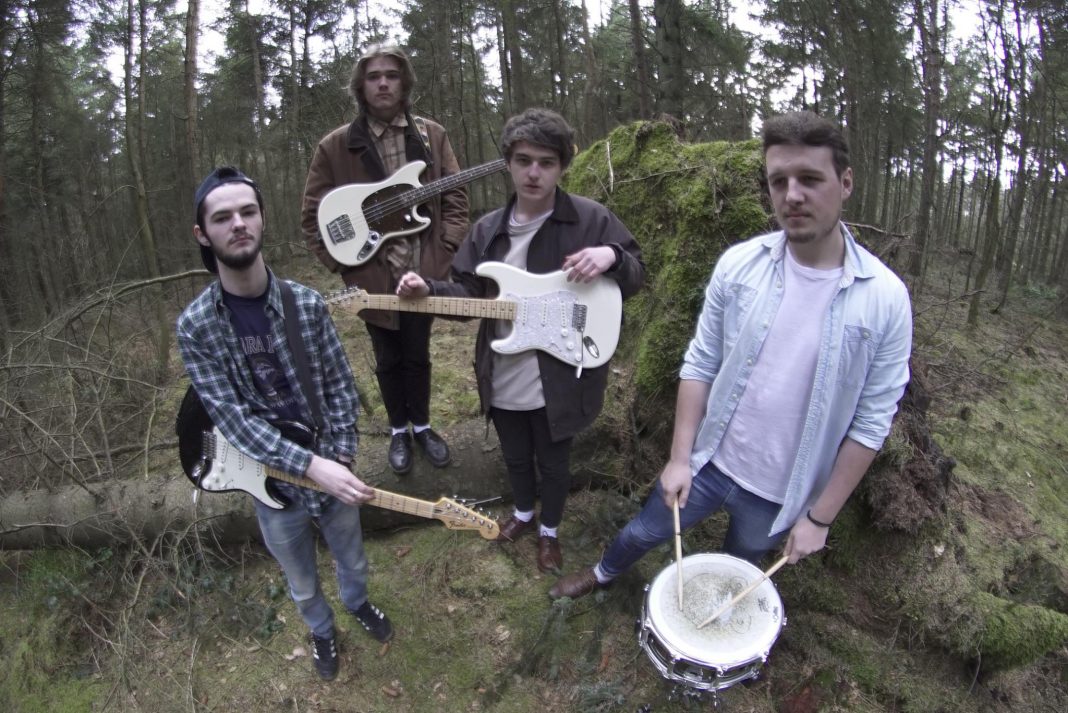 This Chesterfield-based youthful four-piece, recently signed to Clue, have served us up a nice refreshing slice of cheering and catchy urban indie pop with this single. But don’t let that make you think that it’s superficial and jangly, because it carries an undertone of melancholia that balances the naïve energy that underlies its construction. It got me on first listening and I’ve enjoyed every subsequent one.

Being a distinctly unyouthful old curmudgeon, I know I’m not its target audience, and yet it charmed me. This may be because it reminded me of several of my youthful faves. The lyrical delivery and content is reminiscent of The Chameleons. The zesty lead guitar licks and driving rhythm chords took me back to the territory of The Red Guitars, and the slow reprise section towards the end of the song is pure The Only Ones looking for another girl on another planet. Either these guys are well versed in the history of indie and are deliberately making nods of homage to these oldsters, or they’ve reinvented the wheel themselves. It doesn’t matter which, because what they’ve done really works.

It’s the sort of song that I imagine a car full of lads on their way to a festival will be nodding in unison and smiling to, full of hope but still with a twist of sadness in their little indie hearts. The strong rhythm section carries it all along nicely and the licks really are skilful, well produced and beautifully modulated. If it has any drawbacks, then maybe the sequential construction of the song is a little too predictable, but that’s getting picky, and after all it’s just a pop song.

One of the lyrical themes that runs through the song says, “Whatever you do, do it in style”. Well they have. Well done gents.