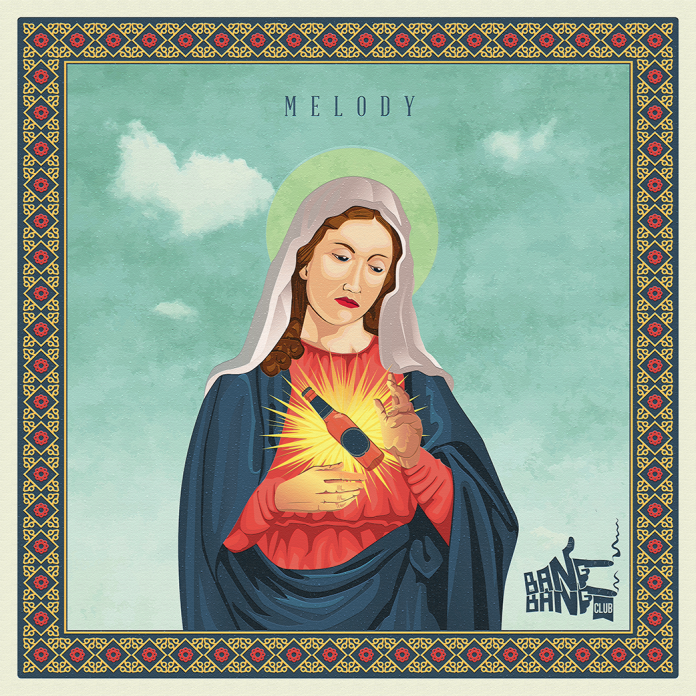 So the first thing you’re gonna notice about this track from Sheffield’s Bang Bang Club is that it has a tune (or even, if you’ll forgive me, melody) that is hugely catchy. Then you start to hear hints of things that had me, initially at least, thinking ‘hold on, it’s alternative rock but what the hell else am I hearing’. And then it came to me, this is loaded with sixties pop feel. I mean, yep it soars with that alternative rock thing, but it’s full of catchy little hooks. It has ‘pop sensibility’ in spades (am I sounding like a proper music critic or what? That’s just a tiny bit scary to be honest).

So sound wise what does this thing sound like? Well, I’ve been searching for a way to sum that up. It doesn’t exactly rock out, it’s not a screamingly loud rock track. It’s like a slightly more rocky sounding sixties R’n’B thing but with these yearning alt rock bits. That makes it sound a mess, it isn’t. The whole is great. And watch for the beginning, this has an almost post-punk thing going on, just lovely.

The playing is fantastic, these guys can really play. The drums pound out a slightly swinging beat, the guitars are in a groove. The vocals are just on it.

Look people, this thing has radio hit written all over it, it has enough of that alternative thing to appeal to people who like that, and poppy hooks for everyone else. That’s a clever thing to do. And it’s gonna get your feet tapping at the least and up on your feet if you’ve got any sort of soul. I mean yep you could rock out to this or actually throw some shapes if you’re that way inclined.

Bang Bang Club is a four piece Rock ‘n’ Roll band from Sheffield. The lads have been playing together since Jake forced the others to join his Beatles tribute band at infant school – complete with grey suits and mop tops!

Singer/guitarist, Jake Sissons, is influenced by Arctic Monkeys, Oasis, Manics and The Smiths. He became obsessed with music at an early age and can list the entire Beatles discography, release dates included, off the top of his head like Rain Man. He plays with expert precision and is searching for the perfect melody.

Bassist, Adam Eaton, is a panel beater by trade. His workman’s hands provide a unique take on the bass. He plays hard and fast, adding a unique garage grunge sound to the band’s almost poppy melodies.

Drummer, Tom Barker, has a flair for creating interesting beats and relishes hitting those babies hard. He’s known for his relentless rhythms and stomping back beat. His drumming is the primal force that drives the songs.

Guitarist, Sam Leader, is the latest addition to the band. Not only a wizard on guitar, he’s also the band’s resident tech-head. He even wagers the occasional groove-off onstage with Adam. It is a sight!