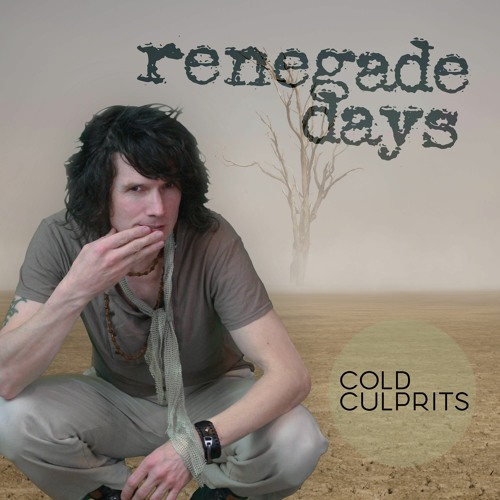 The key thing about this Cold Culprits release is ‘no keyboards’. Yep this is your ‘basic guitar, bass, drums’ Andy explains ‘I’ve been exploring a lot of older heavy rock bands that I’ve not given much time to before, and that’s started to reshape my musical journey. Bands like Stone Temple Pilots, Alter Bridge, Alice In Chains and Pearl Jam, who I’ve been aware of, but punk was more my thing at the time. It’s made me introduce a more guitar-driven outlook and step away from the keyboards. It’s also forced a bit of a return to my roots, as the guitar was the first instrument that I chose to play when I was a kid.

‘Last year, I was kinda beginning to lean on keyboards and piano to add another dimension to my songs. I’m now making a conscious decision to strip out some of the layers and get a bit more of that guitar-driven rawness back’.

What this has produced is not quite what I expected when I cued it up for the first time. Somehow that guitar based rock, and what I’m going to assume is Andy’s NY Punk/No Wave influences, have resulted in something that kinda sounds like Bowie and then Lou Reed backed by crashing heavy rock guitars. This is mainly down to the fact that the vocals are way upfront and sung in what I can only say is a sneery statement style. It’s not all crashing guitars, there is something of a violin type sound – it’s obviously a guitar OK – at times.

My helpful friend says it bears some resemblance to ‘Man Who Sold The World’ period Bowie. I wouldn’t dare disagree.

The lyrics kind of reinforce that feel for me as well; they’re made up of short snappy lines with a decadent feel as it tells the story, as far as I can tell, of a woman about to crash and burn.

Look, this is bloody joy. And while I might be describing it in retro terms, it has a timeless classic feel. It’s one of my favourite Cold Culprits releases. It’s inventive, very much an individual sound. Raw and full of passion. Get to it people.