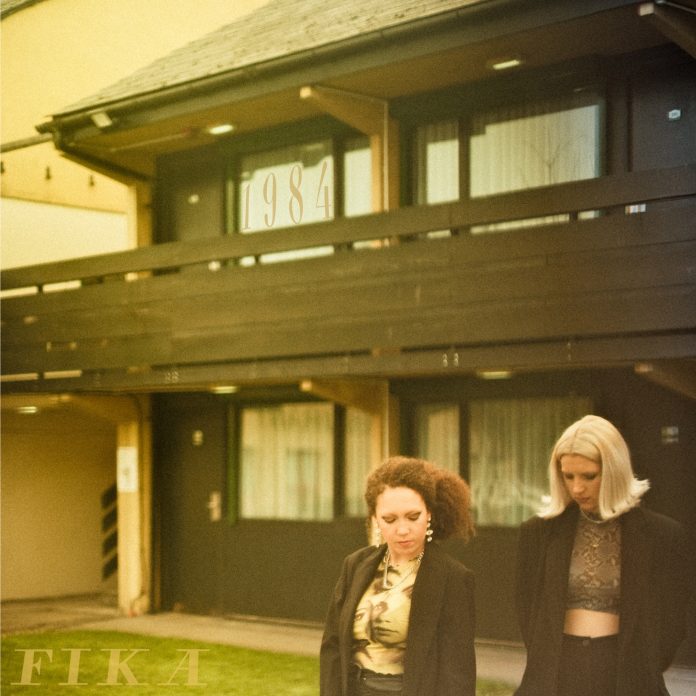 I have to shamefully admit that this is the first music from FIKA I’ve heard. What’s worse is that this is after several people who I trust to give the ‘good word’ told me ‘Frank, this band is absolutely wonderful’. So now I’ve corrected the omission. And boy am I glad I did.

So first the musical sound. They describe themselves as indie grunge and, yes, I get that but ‘1984’ comes with a punk heavy DIY feel. It kinda reminds me of things I was listening to in the early 80’s; heavy on the big guitar and absolutely blinding vocals. It’s the contrast that does it for me. After two listens I was hopelessly addicted to the big grunge guitars, banging bass, the gloriously loose lead vocal and the sweet backing vocals. And that’s without mentioning the dropout section which is wonderful.

You, like me, may have assumed that the song is about government control but it isn’t. How the band included lyrics in the info they sent. As far as I can tell, and I’m completely willing to be corrected, the song is about male/female relationships and the way men control women. The 1984 may refer to how men treated women back then or indeed that men now control women in the same way as the government did in ‘1984’ the book, o. I’m less sure about what 1984 refers to. But what I am sure about is that these are powerful words.

This is a completely wonderful song with a message told through words and music. And hey, you can dance to it. Do you need any further encouragement? Get to it right now.

‘1984’ is the final release in a trilogy that started with ‘Bitten Tongue’ and ‘Change’.