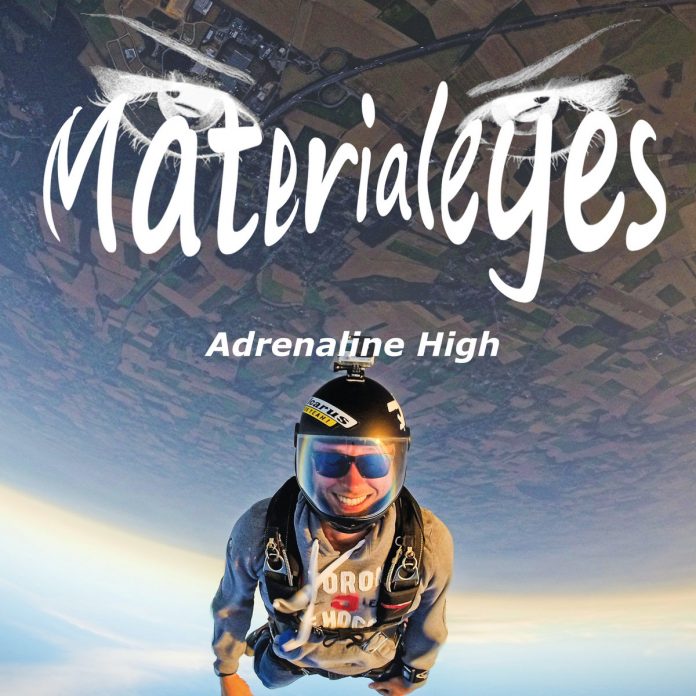 I’m just going to say this, Materialeyes are a prog rock band. I’m also going to say this, this isn’t a problem for me as I’ve loved music described as prog for a long time, a time I can measure in decades. But some people seem to have a block when it comes to prog, their immediate response to it is to describe it as self-indulgent and overblown. I prefer to describe it as just music; it’s music played in the main by people who really know how to play their instruments, as are most, if not all, types of music. So maybe approach it that way.

Before I go on I should warn you that this review may contain references to bands that were around in two periods of prog – the first the late 60s and early 70s and the second in the late 70s/early 80s, the so-called New Wave of British Prog that kind of started just after the NWoBHM movement started. This isn’t to say that these were the only two periods that prog was popular, there have always been bands that identify as being prog – like Muse more recently.

So as the track starts it sounds like a Yes song, it’s those harmonies with a high pitched lead.But strangely it also has the sound of Crosby, Stills and Nash in there. But this is progressive music it soon changes and boy does it change – at points it sounds bluesy, at points funky, and at points jazzy. There are long periods where I am reminded of Nektar (a German band who made one of my all time favourite albums ‘A Tab In The Ocean’), and to a certain extent Camel. There’s what we might call a variety of tempos. So far so prog, I hear you say. But it’s also surprisingly poppy – there’s a tune, a nice beat. And it’s chilled out, maaaannn.

What it doesn’t have is that many lyrics, instead there’s a kind of chorus separated by long periods of playing. So the playing better be good, and it is. The shifts in feel are seamless. It’s obvious that this is a band who know their stuff musically.

It may help to tell you who it doesn’t sound like, or possibly not – there is no hint of Genesis, not a sign of Pink Floyd. Whether this a good thing I leave it for you to decide.

I really like this track but I’m at a loss as to how to encourage you to at least give it a try if you’re not already a fan of prog. Beyond saying that’s it great well played and arranged music that isn’t in the slightest self-indulgent or overblown.

‘Adrenaline High’ developed from an idea Martyn had way back in 1978 when he played in, and wrote music for, Wakefield band Brigante. The song was all but lost until the original lyrics were discovered. Martyn then went to work developing it into a prog piece for Materialeye.

Martyn was also in Roadster – a NWoBHM band from Wakefield and Pontefract who released one single in 1981.