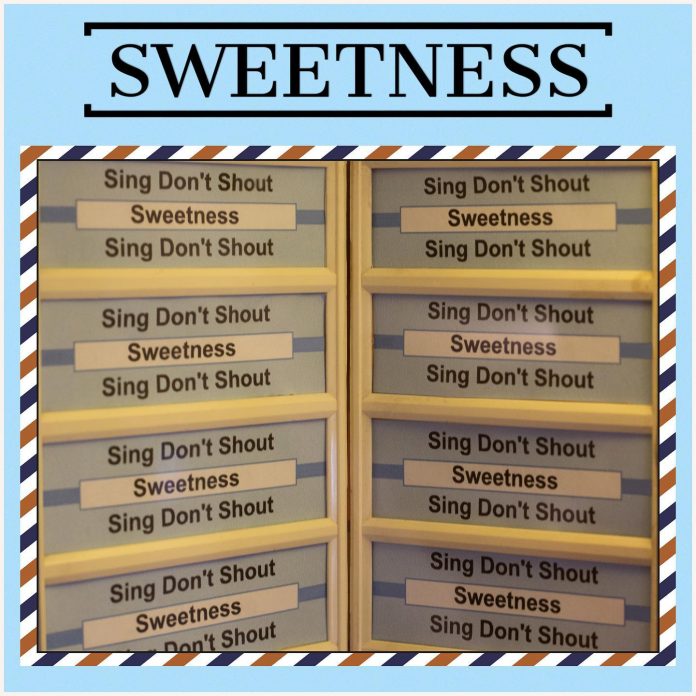 A while back – it seems an age – I reviewed the band’s single ‘Pretty’ and was hugely impressed. I’m not disappointed by this release from band, hell no.

Sure this song has something of a Smiths’ thing going on, but there’s indie there as well. There is also a rather wonderful raggedness in what they do. Guitars are garage-y and also surf-y in places. The drums pound out a surf-y beat. The singer sings in a wild joyful way.

But when it drops out, and it does briefly, there is something rather pretty about that dropout. But it revs up again, those drums come in and pound, the guitar rushes in.

It has the feel of something recorded at the end of a wild rehearsal session. It has a perfect imperfectness. Sometimes you want your music on the edge, the ragged edge, of falling apart, and ‘Sing, Don’t Shout’ has that. I adore it for that.

It leaves you full of joy and smiling. And exhausted, if you feel moved to throw yourself around your room, and you will. And there is something good, really really good, about music that leaves you feeling like that, and this definitely does. Get on it, people.