The title of this EP from Artio says to me, and I may be wrong, that they are saying ‘be yourself, don’t care what others feel or think about you’. And as I heard with the lead single from it – ‘All Things End’, the songs on this show a musical maturity, a progression, a new confidence, new sounds creeping in.

Two of the songs on this have released, ‘All Things End’ back in June and ‘Hell’s Door’ more recently. If you’ve heard those you’ll have some idea of the sound of the EP. If you haven’t heard them then why not, why in the hell not. I mean what do I do this for if you’re not going to actually take any notice of my music recommendations?

As you’ll be aware if you’ve read my Artio reviews – and please in the name of all that is sacred I hope you have – they do big synth alt-pop that comes with wonderful touches of sound, unexpected sounds, wonderful vocals, clever arrangements and production. The songs on this EP are big big synth alt-pop, so big that they begin to edge into rock, more than edge at times. They’ve taken their sound to a level that sounds majestic and huge. The sound that comes out of the speakers at you – and I do recommend hearing this on some sort of big music system – crashes over you like a storm wave, it batters you, yet at the same time caressing you with a richness of sound that is almost edible. I gush, I know I gush.

The EP opens with ‘All Things End’ (read my full review here) and I’ve not changed my mind about it.

‘And this song falls and builds, and as it does that, emotionally we are taken on a journey. Until, as the song comes to an end, we are returned to that gentle keyboards and guitar, there is some sonic closure.

‘And yes, this song has those Artio touches sonically, but more so. There is the sound of a ticking clock. A ticking clock that evolves in a skittering rhythm that is disturbing. There are strangely off-kilter synth pads. And yes, this song rewards repeated listening. With each listen you hear more and more sounds, there is always something new. But it never, and I mean never, loses its impact.

‘There is a maturity in this song. Musically it feels more complex than their previous releases. Hol’s vocals are frankly amazing. The degree to which the vocals, the music and the words make something that is more, so much more, than the sum of its parts’.

But there something else that in the context of the EP I’m noticing that I didn’t notice before. That is that there is something of a feel of goth in there – I know ‘hush my mouth’ maybe I should just be thinking that instead of saying it. The opening feels like one of those gentle All About Eve songs and when it builds it has the feel of something Nu-Goth. Not hugely, it’s only a hint but for me it’s there. There is more than a hint of a rock feel.
‘Basement Dance’ is one hard hitting track. It has the power of an alternative rock track, it does that loud /quiet thing. It’s surprisingly simple for an Artio track. Yes, there are touches of sound in there that mark it out as an Artio song but it majors on being hard hitting.

Hol uses what I’m calling her ‘new vocal thing’, it’s her quiet section voice with added edge. And in the loud bits there is what I think of as an almost metal vocal. Hol’s voice is getting scarily powerful.

My helpful friend describes this as ‘the lose your shit song’ on the EP. She’s right. I can easily imagine thrashing around to this.

And then there is ‘Hell’s Door’. A powerhouse of a song. This is huge and I mean gigantic. Although it builds to that, there’s something of a lighter intro section, then Hol’s vocals and gradually it adds layers and layers of sound. It takes big synth pop and layers on strings, a pounding beat, dirty dirty synth sounds, vocal fx to the max. Weird sounds.

The whole is scarily huge, and returning to something I said earlier, has something of a Nu-Goth/rock sound to it.

‘Cat’s Eyes’ is a beautiful respite from the power, at least to start. Skittering rhythms, strummed acoustic, vocals that change and change in style and sound. And we are barely into the song. And then it builds. And then it drops into a section with voices layered on top of each other.

It’s in this track that you can really hear that Hol holds nothing back in her vocals, you can hear her gulping in air, at points it sounds like she’s ripping her vocal chords apart.

The final track – ‘The Venom’ – features joegrarret on vocals. It is perhaps the most big synth pop track on the EP. And it comes with an unexpectedly emotional beauty in the sound. This song is all about feel and communicating the song both sonically and vocally. Hol’s vocals are simple and heartfelt.

It is again a track that rewards repeated listening. There are layers of vocals in there that are so beautiful they bring tears to the eyes. There are sounds that surprise.but never detract from the feel.

It seems that Artio grow and change with every release. I gave up long ago trying to second guess what their releases would sound and feel like. I have just accepted that with every new release I am going to be swept off my feet, and fall in love with the band yet again. And this EP is no exception to that. It’s fantastically accomplished in all the ways it should be – playing, vocally, lyrically, in its production; you expect that from Artio, I haven’t been let down. It takes their sound in a new direction but without losing the core of their sound – big synth rock anyone? There is not one track that sounds like a filler. And as a set of songs they’re coherent and make sense heard together – played in the order they’re put them in there’s a journey with a beginning, a middle and an end.

I love it and, strangely more importantly, my cat Maisie loves it. I only have to play the first few seconds of the first track and she rushes into whatever room I’m in. She’s very picky about music, to get her seal of approval is huge.

Put simply, this EP is bloody fantastic.I can sum it up no better than that.

The EP can be ordered on spiffy red and white vinyl – it’s a beautiful thing – from: https://qrates.com/projects/21230-stand-alone-and-do-your-dance 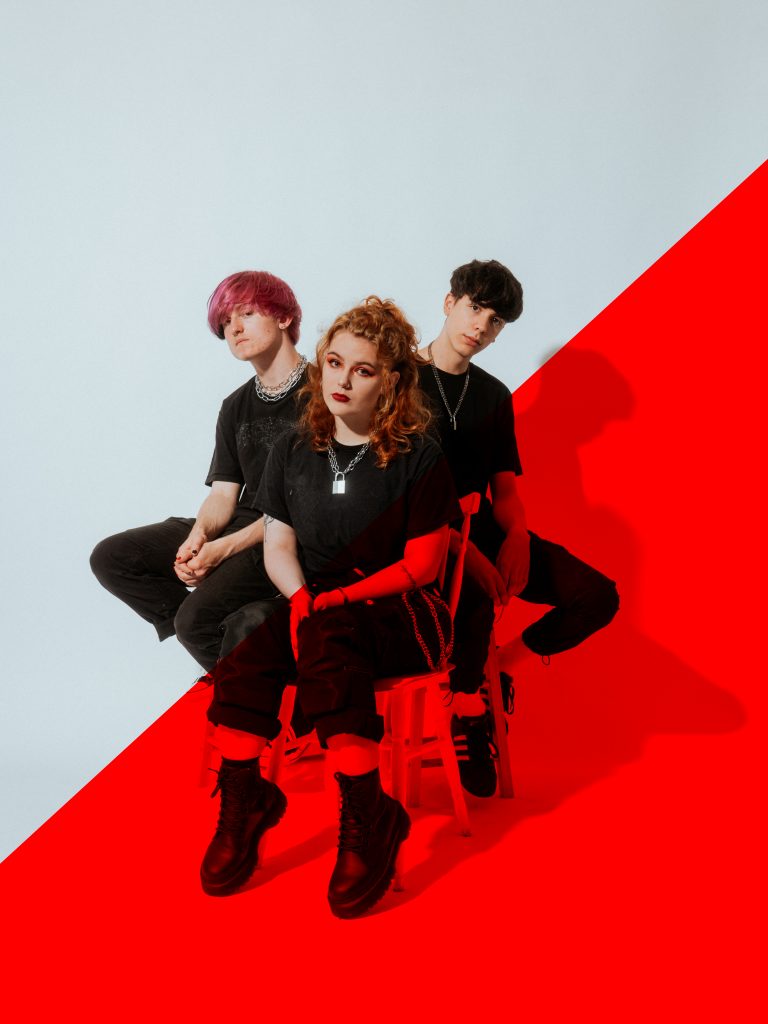