Furrowed Brow are out of Manchester, and there is something of a Manchester sound in this track. It sounds like The Fall and Joy Division combined playing a B-52s’ song or as my very helpful friend coined it ‘post-punk go-go music’.

It has throbbing bass, vaguely 60s’ doomy organ, out there guitar, wonderful backing vocals, those braying lead vocals. It’s fiercely DIY, has production values that are so lo-fi that it becomes part of the art of this track – it sounds like it was recorded in a bathroom with the band playing through one of their father’s 70s’ ‘Hi-Fi’ systems – in a good way, I emphasise, a great way.

It is of course, as the title might suggest, fantastically lyrically blunt.

If it sounds as though I’m damning this with faint praise, I’m sorry, I’m not. The thing is that ‘Pissing Superfluous’ is something wonderful, something fucking wonderful. It’s the sound of a band who basically care not one jot for what is fashionable. I’m not entirely sure they care what the listening public thinks of what they do. They just do what they do, what they like, and leave for us to decide whether we like it. I love it. The same comments apply to the rest of their music, which I have devoured greedily. There is so much variation – mutant art-rock, mutant indie (I kid you not) – but it all comes with that Furrowed Brow thing (see ‘The info’ below for their Soundcloud profile)

The thing is that the more you listen to this you hear, through all of the on the edge sounds, things that delight – the organ is frankly glorious, the drop out section with whispered vocals over tingling percussion, the archness of the lead vocal, the wonderful fast section that sounds oh-so glamorous. And this is before I even address the words that are beyond words good. I give you:

This my friends is a thing of beauty, it’s beautiful because it’s a band doing their own thing without a care in the world. 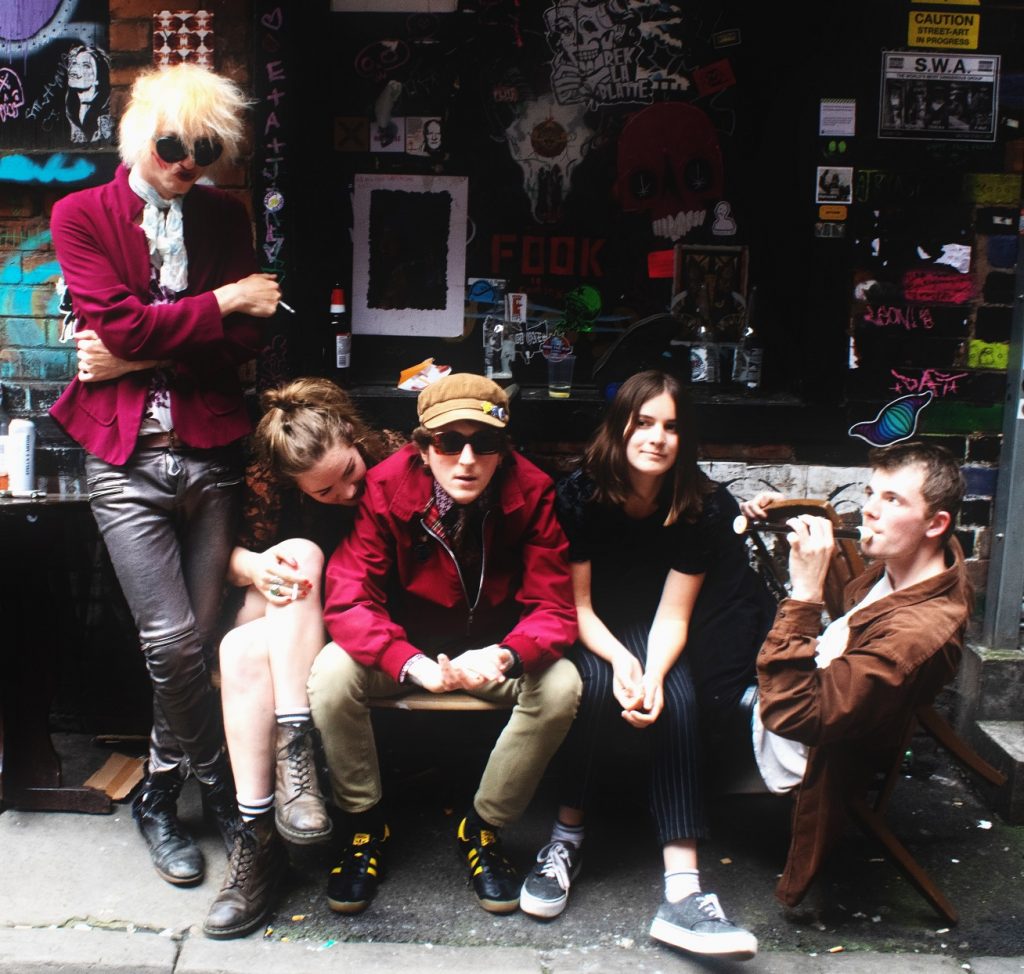 Well known [some say notorious] across the North West for their unruly, irreverent shows and idiosyncratic and uncompromising sound, this single follows Furrowed Brow’s debut 5-track EP ‘Dead Dead Dead Still Digging’ which picked up a slew of enthusiastic reviews and extensive airplay when it dropped in May.