Back in July I reviewed the lead single from ‘Abjection’ – ‘Electric Chair’. I teased that the EP is a killer, I wanted to say more, much much more, but couldn’t. Now at last I can. The relief of being able to talk about this EP is huge.

But first, this is DENSE’s debut EP. Yes, at last, I know. Presenting their music as a ‘chunk’ of four songs goes some way towards ‘replicating’ seeing and hearing them live. It shows how the individual songs build, how the power of the songs collectively is much, much more, than the sum of their individual power. By all means single out one track or another, but the full effect can only be gained from playing all the tracks in the order the band have put them in. Bands do that for a reason, OK?

You may think that having heard ‘Electric Chair’ – and if you haven’t, why, why in the fuck not – you have a handle on the general feel of the EP as a whole. Well actually no, and at the same time yes.

You may recall that I described ‘Electric Chair’ as having a punky edge to that psychedelic garage. Or perhaps something more garage-y than psychedelic. The other tracks on the EP mix it up, throw in other stuff.

‘Calcium’, the opening track, does that psych-garage thing, until suddenly it turns into something rowdier, the vocals shout and scream in a way that keeps reminding me of old-style punk. Before the track drops out in something that is way more psychedelic, something with a whiff of space-rock, something that takes me back to my youth sitting cross-legged listening to Hawkwind. And then it winds back up again, gradually, gradually to a maelstrom of sound. It has that one period of respite, other than some periods of respite. This is the surprise.

The space in this track, as dense as the sound gets, is wonderful. You can hear everything. There is just the wonderful bass in the latter half of this track, bass that I have become obsessed with.

‘Dread’ throws in just the merest hint of post-punk doom, a dash of something I’m going to call surf-punk, a pinch of Devo. The power of this thing is scary, it is frankly terrifying. Quiet periods – you understand I use the word quiet merely to describe the calmer sections – make way for brutal noise, shouted vocals, guitar that frankly wounds. The sound comes at you like hammer blows, it sounds like chaos, at points it is, but that chaos is deceptive, there is structure.

It provokes dread, it epitomises dread. Listening to this track is scary. 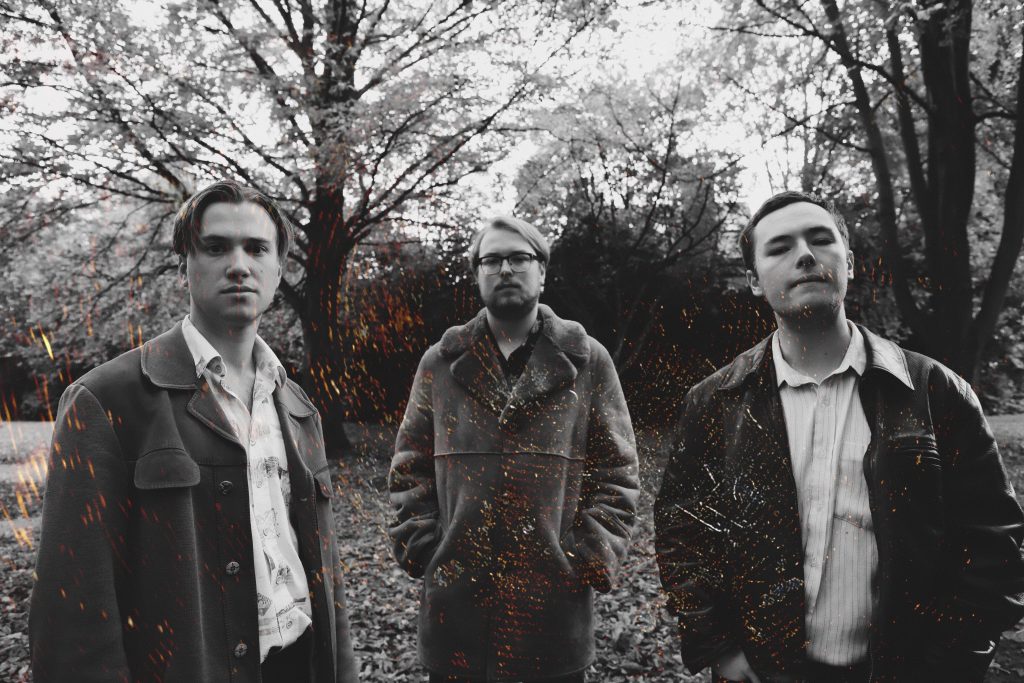 In the way this EP is put together ‘Electric Chair’ comes as a relief. The relative calm of the track let’s your mind relax. As I said in my review, this song has a tune. Yes, it builds up and drops out. It builds to wonderful guitar sounds, sounds that roar, sounds that jar. Clearly the topic of the song isn’t smoothing but somehow musically it is it.

‘Cleanse/Despair’ starts with a bass, a bass that’s so quiet you might be tempted to turn up the volume. Don’t do this, I did, and I think I probably woke up the whole street. Because suddenly this track bursts into waves of extraordinary sound, wonderful sonic battering of your ears and brain.

It does this repeatedly, each time the sounds that come after the bass are different, they riff hard, they build to a point of sonic pain. But the thing about this track is that it’s mesmerising those quiet bass sections give you a few moments of peace but you know that the waves of sound are coming, those dense waves of beautiful noise.

I guess, just to follow reviewer convention, that I should say something about the playing and the production. The playing doesn’t disappoint – the guitar is taken to places that are hard to believe, the bass provides so much more than just the rhythm and the drumming is relentless and inventive. Musically it’s so much more than the sum of its parts. But at the same time the production allows you to hear those parts, in all that denseness there is space to hear the band individually.

I’ve always said that each and every DENSE track is different, that each track has its own musical feel, while at the same time being obviously music made by them. If you were unsure about this then this EP proves that. Each song is a journey, there is a journey across the four songs. It is a trip through time and space, mood and emotion.