My first introduction to mollie coddled was her single ‘Rotten Teeth’ (read our review). And I loved it; a great pop song that was about something important. That single is included on this EP.; it’s the closing track so we’ll get to that later, but first there are four songs I haven’t heard before.

There is a theme that runs through the songs, a story if you will. The title – ‘The Halo Effect’ comes from ‘being so blinded by the thought of love that you can’t see how unhappy you truly are’. Mollie takes listeners through the story of her first and failed relationship; which she wrote at the age of 17. The songs blend between themes of infatuation, manipulation, depression and feelings of unworthiness, followed by a full circle moment of realisation.

‘One More Day’ – the opening track – is exactly what I expected from her. That lovely dreamy sounding soul sound. All so-so laid back. That deceptively simple sound – layers of vocals, something that sounds like guitar doing that soul thing, a wash of synth. And there is her voice which is intimate and compelling. You just drift away, it’s dreamy people.

‘Love Deprived’ continues in that oh so laid back dreamy way. But it’s richer, the guitar takes a more upfront position. But wait, this track changes – it goes from that laid back vibe to something more insistent, and that transition is so subtle and clever. And you can dance to it – yep in that really sway-y way that’s great at the end of a night out.

And for ‘Velvet Tears’ there’s a switch. It’s more dream pop with a kind of soul edge. It’s more obvious pop. But it’s beautiful. There’s a fantastic arrangement – every sound used is there for a reason. ‘Ur Eyes’ is downbeat pop with a dreamy edge. It’s almost casual in it’s delivery but in the most beguiling way.

And finally to ‘Rotten Teeth’. I see no reason to change what I said in my review – ‘.you can take this song on two levels – one, the level of an absolutely fabulous pop song, and two, if you take the time to listen properly, a song about something important – manipulation and control in relationships and realising that life can get better.. And that is a beautiful thing. This song is beautiful’. 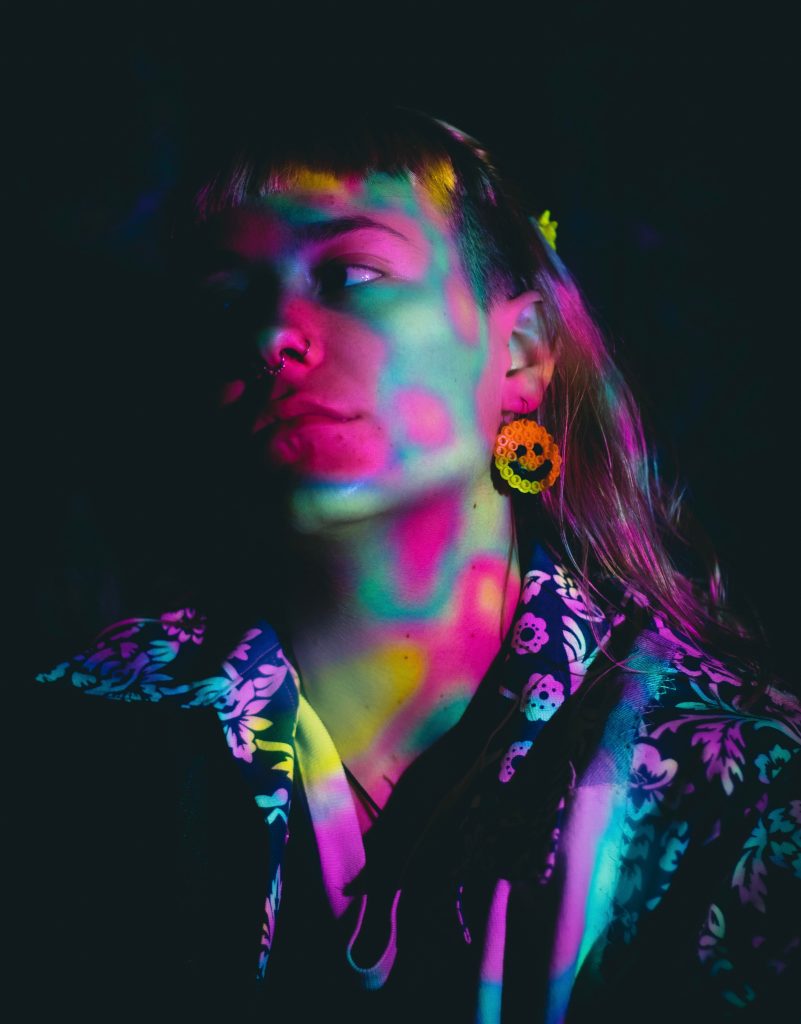 This is a great collection of songs. The thing about mollie coddled’s music is that it’s deceptively simple; but simple is really hard to do, it’s all about picking and choosing the right sounds and putting them together right. And she does. And what she does isn’t, even though it’s poppy, straight ahead pop music – there’s that unexpected mix of sounds, the times she puts a sound in there which just wouldn’t work anywhere else. It’s clever, it’s classy. And then there’s her voice – which is intimate, compelling, dreamy with a soul edge. And there’s great tunes, tunes that just take residence in your head.

But in all that wonderful music she’s telling a story and talking about real things and important emotions. And that’s what makes it so good.

I didn’t expect to like the single as much as I did but this EP has completely charmed me. The songs on this make me feel all gooey and cosy, honest they do.

Mollie Coddled is self-produced Indie Pop artist based in Leeds, UK. Merging Dreamy Indie and R&B, Mollie pairs soft, soulful vocals with a soundscape of hazy, echo-laden guitars and synthesizers. Being independent and influenced by the bedroom pop scene, Mollie writes, records and produces all parts to her music in her bedroom; bringing an intimate, lo-fi feel.

Since releasing 3 singles this year, Mollie has amassed over 100k streams, had placement on 5 Spotify Editorial playlists and been selected for global in-store playlisting with H&M.

She will return on December 4th with her Debut EP- all themes which are widely experienced within Gen Z but rarely addressed in the public eye.

Her style is often compared to the likes of Clairo and Rex Orange County for her dreamy melodies and summery synthesisers, while also taking production influence from artists like Still Woozy and MICHELLE; all artists Mollie has featured alongside in Official Playlists.