sloman was established by Andy in around 2005. He had a positive three years on the electronic scene before walking away for personal reasons. Back now, considering a new name and looking at an EP release sometime this year we asked Andy about his time then and now around the electronic music scene..

Can I start by asking what is electronic music?

Well it states online and from various conversations I’ve had that electronic music is any music that uses electronic instruments and/or technology to produce various sounds from, traditional drum beats and patterns to noises that could only be made using technology. I’m not sure it can be as simple as a genre, based on the massive variation of music produced this way these days.

You’ve got a lot of dance music which is produced purely electronically on computers and synths which covers genres from house to trance to techno, and the numerous genres the media seem to come up with which personally I cannot keep up with and refuse to even waste time trying. Then you have the classic Kraftwerk, Brian Eno, the German krautrock artists like Michael Rother, kluster, Neu etc. And also artists closer to home like Autechre, Bola, Aphex Twin which again is a million miles from the more commercial stuff.

So in a sense it’s similar to asking the question ‘what is guitar music?’ Too big, too many differentials, and I’ve probably missed out some very relevant detail or artist somewhere, but a basic common theme of electronic music is, it’s plugged in.

What would you say are your influences around making electronic music?

I think I was more influenced by the technology available initially. A time when you could have a fully functional industry standard recording studio in your home in the way of music software for computers. Then with the technology spiralling, I guess with the effects and what you could actually do with any sound was amazing and affordable for people. I played in bands throughout my teens and twenties and it was great, but carrying amps and speakers all over the country to perform does get tiring, so when the opportunity came where I could realistically have a band in my bedroom with as many accompanying instruments as I wanted at the touch of a button and or midi keyboard, I jumped at it. And for me, one of the most satisfying aspects of producing music this way is that I can actually shut the drummer up at the touch of a button. I can probably say most musicians in bands can appreciate that.

Artist wise, because so many people are making music like this these days, there are numerous people I like and admire. Some I actually love to listen to and some, even though I can’t get through a whole album for various reasons, I can admire, respect and even on occasion resent in the nicest possible way, how they did something in particular to create a sound, a drum pattern, melody but not actually like the music and can get banished to listening to it alone most of the time as it can be such an acquired taste.

Artists like Brian Eno, Four Tet, Bonobo, Ametsub, Burial, Nicolas Jaar, Jon Hopkins, Amon Tobin to mention a few, are some of artists I tend to listen to for pleasure. But I believe these all come under different genres, just to add to an earlier question, folktronic, dubstep, chill something or other, again, to mention a few.

If you were to have a favourite artist you listen to in this vast genre who would it be and why?

I can’t answer that question, based on my belief that music is not just about listening, it’s a feeling. Sorry if that sounds a little pretentious but for me that is it. On a Sunday morning I don’t think I could ever bring myself to listen to Aphex Twin or Burial as my mood would be more toward some thing more chilled even classical, I love Chopin’s nocturnes or Angela Gheorghiu the opera singer or Arvo Pärt, but at the same time I’m not going to listen to any of them whilst getting ready to go out to see a band or an electronic artist, which to me is evidence that music is about mood more than audial.

So, how long have you been producing this/your style of music and when and where can we get to hear some?

I started producing my own material around 2005/2006 but due to a terrible computer crash I lost a lot of material and some commissioned remixes. I then took a break for what amounted to around 8 years due to the disappointment it caused and other life things that continued to get in the way. In the last year or so, I’ve been hesitantly dabbling in some production which hopefully will materialise into some music which I will be happy with, to release either via slomanmusic on iTunes and various outlets like that or via a record company somewhere.

It was a shame I lost the material and it put me off continuing as I was getting some good feedback via live performances and people in the industry. So soon, or a little later depending how it goes, I should be back on track with at least an EP. There is some stuff from 2006/07 on an old MySpace account including a live track using an early version of Abelton Live, a great piece of software for live stuff – slomanmusic on MySpace

It’s interesting for me listening to the 4 tracks as I recall they all served a purpose at the time, I mean Banking the studio version which I no longer have a copy of was a lot to do with learning about drums and patterns and what I could do with them, also Drum Crunch was working with reversal of stuff and the effects of it. I liked to learn about different aspects of computer software/ sequencing by choosing an element or effect or manipulation of some kind and then making a tune around it, and to me, I can hear it in the tracks on my MySpace account.

Talking of losing material due to a computer crash, I have heard about a divide between musicians who say they play an instrument and producers who can be referred to more as programmers than musicians, what do you say to that?

Well I have heard that, but I can and do play various instruments so I suppose I fall into both categories. But really if an individual who cannot play an instrument but can produce music via this format, then great. I think it really is a waste of time and energy labelling everything like this. In the end, if a person enjoys making it and people enjoy listening to it or even if the person that made is the only person that enjoys listening to it, then great. I have no time for people who spend far too much time judging others.

Also there has been a real crossover in electronic music and more traditional instrument based bands, Radiohead come to mind and they, for me, are a great example of this. You can hear the influences of technology and computers throughout their career. Anyway moving on. For me early on, I set myself boundaries, rules if ya like, restrictive or not I’ve stuck to it, that every noise, sample, pattern, drum beat etc would all be from genuine sounds and instruments and then manipulated to a point that maybe unrecognisable as to what it is but I do not knowingly use the artificial/processed sounds as some artists use. Struggling to explain that properly I think, not even sure I know what I mean now..

So where do you think electronic music is going to be in a few years and also you in the mix?

I think it will get bigger and better maybe a lot will stay underground but that’s a good thing I think. Especially with the accessibility to equipment and it getting better and better and also cheaper. There will always be live bands playing great music, but I think there will always be a place for electronic music of all genres, you never know there may even be more sub genres within the genre before long.

Me, I’m just gonna plod on and see what happens. I will always have a studio to put stuff down as and when it pops into my head. As I’ve always found it a good way to relax with some down time. Think ‘down time’ may even be a sub genre or if not, only a matter of time … 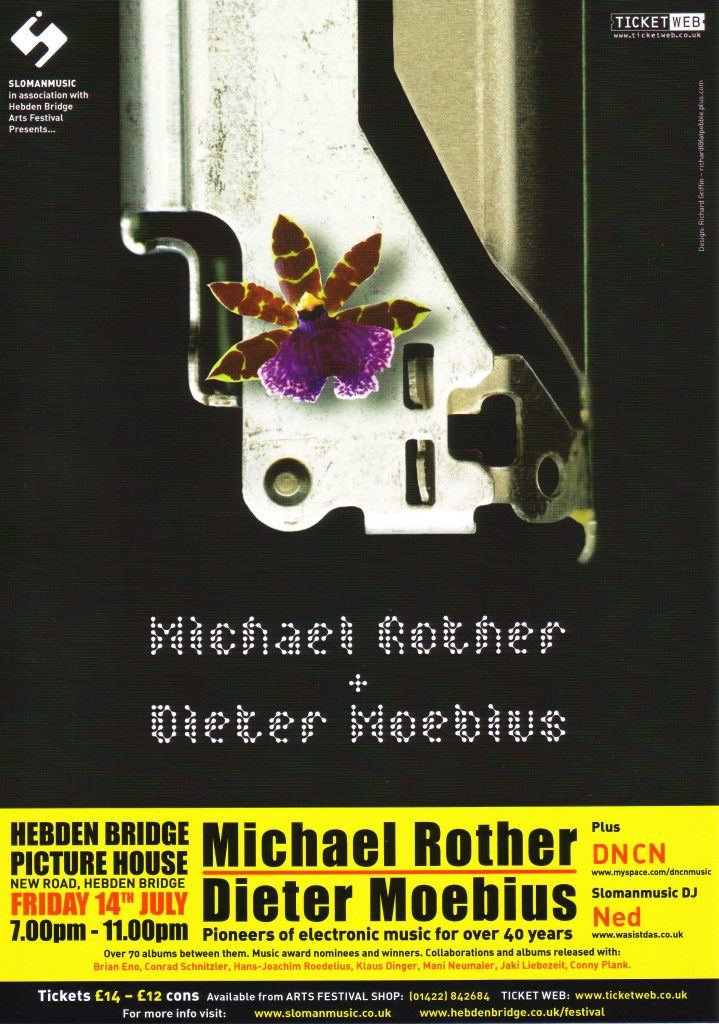