Let it first be said that besides some early Pink Floyd, a Soft Machine compilation and a couple of long-lost Ozric Tentacles albums, psych isn’t the strongest suit in my record collection. I love loads of artists who touch on psychedelia – none more satisfyingly than Jimi Hendrix – but, to be honest, I’ve always been a bit uneasy about music that is defined as such.

Prepared to have my mind changed (or should that be altered?!), I hurried to the Golden Lion just in time to catch the last couple of vert:x’s tunes – fortunately, as the frontman announced before their finale: “this is a bit of a long one”. Still plenty of time to get a flavour of the band, then.

The business of the room and enthusiasm of the smoke machine operator made it hard to figure out exactly what vert:x’s musical lineup was, but by my reckoning, there were two guitarists centre stage flanked by synth players on either side.

What surprised and disappointed me was their lack of a drummer. That’s not to say there weren’t drum sounds, but these came in the form of sequenced loops from a drum machine or similar, rarely deviating from fixed patterns for ‘fills’ or pauses, and constant in terms of volume and dynamic.

For such an improvisatory band, I can see how ‘following’ an intricately programmed drum part would be a bind for vert:x. I did feel though, that the dynamic rise and fall that is the lifeblood of this style of music, was sometimes lacking due to the absence of a human percussionist. 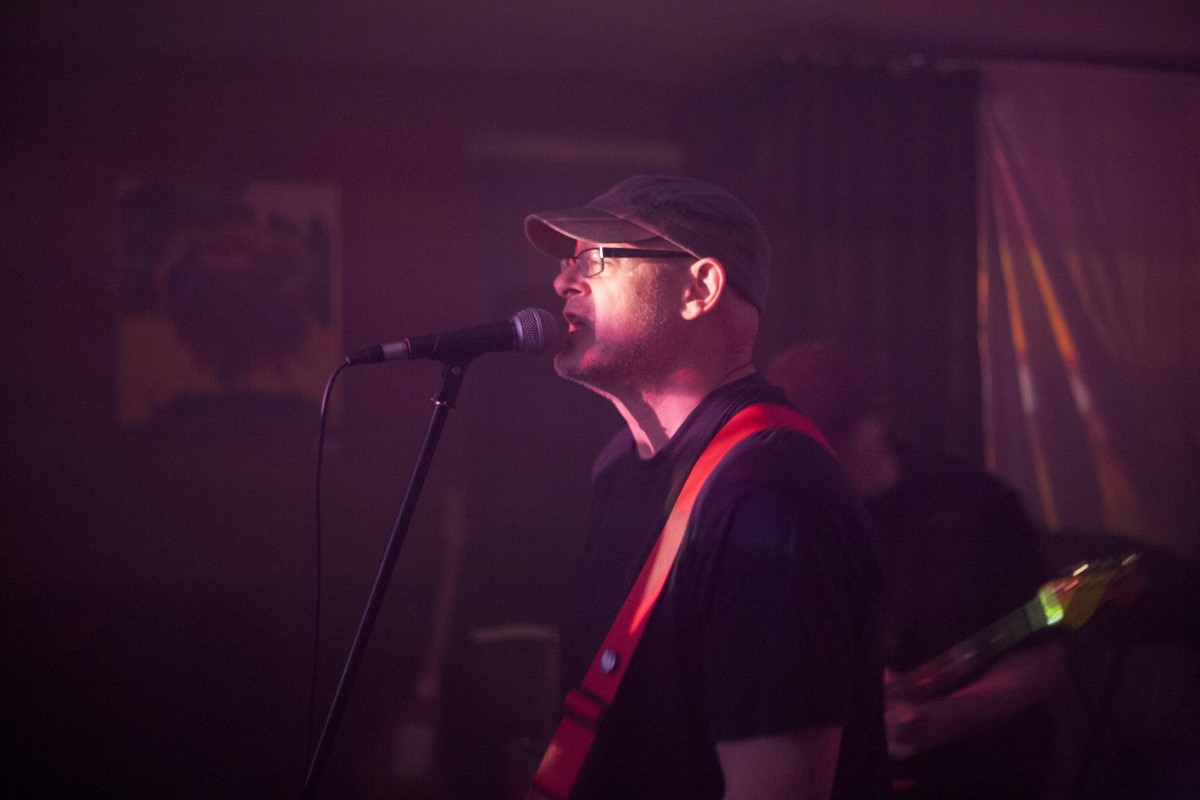 What I did like about vert:x was the interplay between members; not that I could see it on stage – there was too much smoke for that – but the interweaving guitar lines sounded like musical spaghetti, supported by some excellent synth swells and oscillations that seemed to come from out of nowhere. At one point I was convinced I could hear a siren passing in the street outside, only for the sound to plummet through a wash of reverb and echo, like the Doppler effect might sound on Mars!

If I was to compare vert:x to anything I’ve heard before, it would probably be Hawkwind. Albeit with a modern twist lent by their synths and programmed drums. Whether it’s fair to comment after hearing such a brief fragment of their set I’m not sure, but given a ‘real’ drummer, I’d be much more inclined to seek out more of their music.

And so to the night’s main attraction.

There had initially been an embargo placed on disclosing that Carlton Melton were to divert from their published European dates to play at Crazy8, so naturally my interest was piqued.

Checking Spotify revealed their extensive back catalogue, including 2015’s ‘Out to Sea’, and I’m fairly certain the band performed its opening tunes to start their set tonight.

At first they too opted to forgo acoustic drums, the drummer moonlighting as an accomplished second guitarist as the trio conjured a swirling soundscape, given rhythm by the sparsest of bass drum loops. The first instance of this reminded me of the foreboding ‘thud’, used in medieval dramas as the condemned man is lead to the gallows. The second was equally menacing and could have come from the Terminator 2 soundtrack! 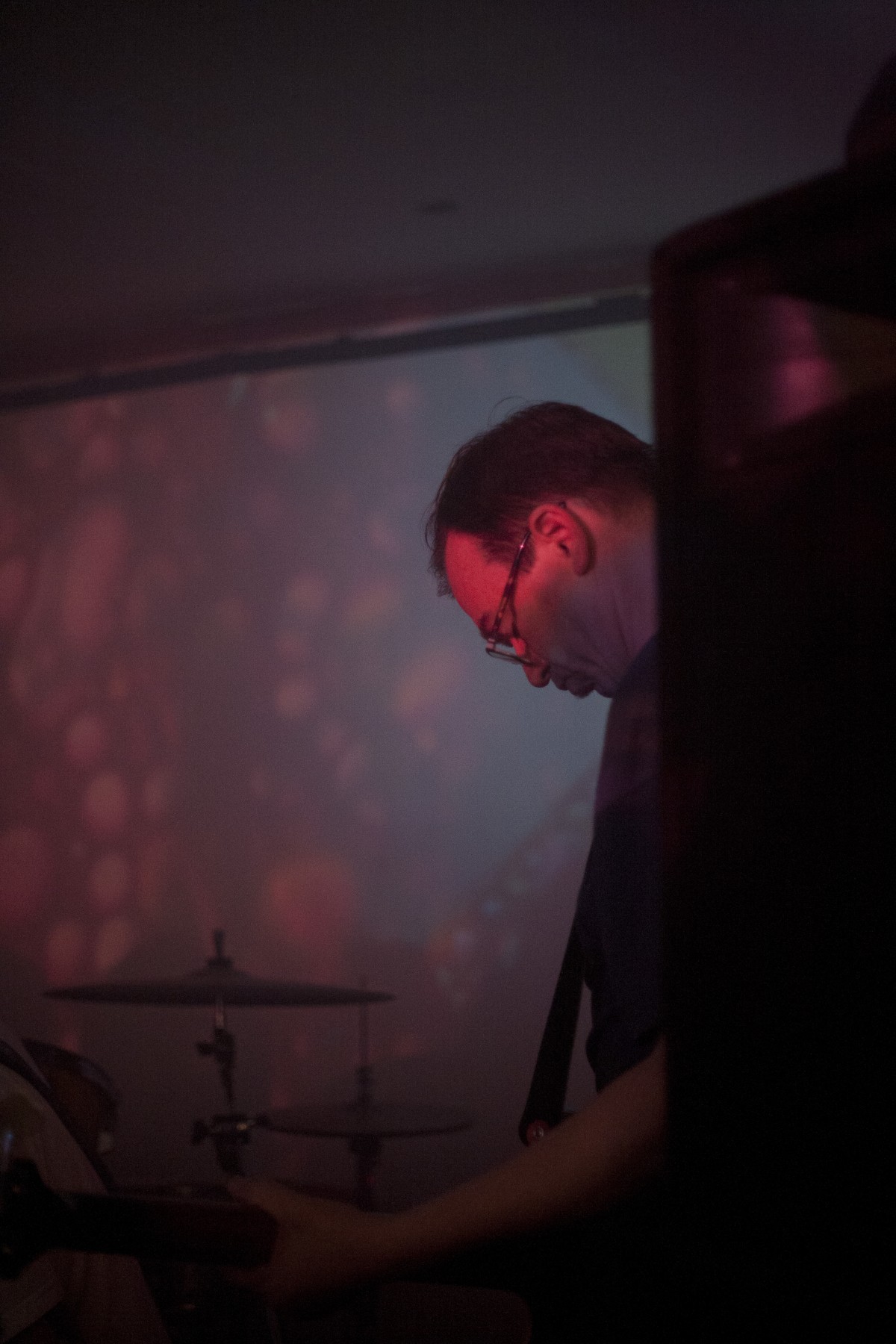 Most of Carlton Melton’s songs built from an underpinning synth drone, with the bassist adding rumbling rhythms to provide a hypnotic backdrop for the lead guitarist’s improvisations. For me, the most successful sections were those driven by the drummer’s heavyweight beats, propelling the songs with a powerful momentum – no matter how luxurious the tempo.

The songs where drums were substituted for a second guitar lacked the same immediacy but were nonetheless rewarding. Carlton Melton evidently have a talent for brooding buildups, the subtly-changing layers leaving you mesmerised before you consciously have the chance to acknowledge it.

Effects like reverb, delay, wah-wah and phase are psych musician’s staples for creating a trippy atmosphere, and so it was with Carlton Melton’s lead guitarist. What was refreshing, however, was his willingness to play with more straightforward sounds too. An effect ceases to ‘be’ an effect if it is used all the time, and going back-to-basics served to show the band’s bare bones, bringing Cream’s creepy ‘Politician’ to mind on one occasion.

Technical troubles robbed Carlton Melton of at least one climactic moment tonight but they handled it with a professionalism that shone throughout their set. It’s easy to see why they are so widely touted in psych circles: a sonic spacecraft that is equally at home, blasting into the stratosphere as it is in serene orbit. From what I could see through the haze, the Crazy8 crowd would agree.

Whether I’ve now been converted to psych remains to be seen, but I certainly found the live experience more engaging than some psych recordings I’ve heard.

Carlton Melton have now embarked on the mainland leg of their European tour but, to keep up with the band and future dates, visit their website: www.carltonmeltonmusic.com 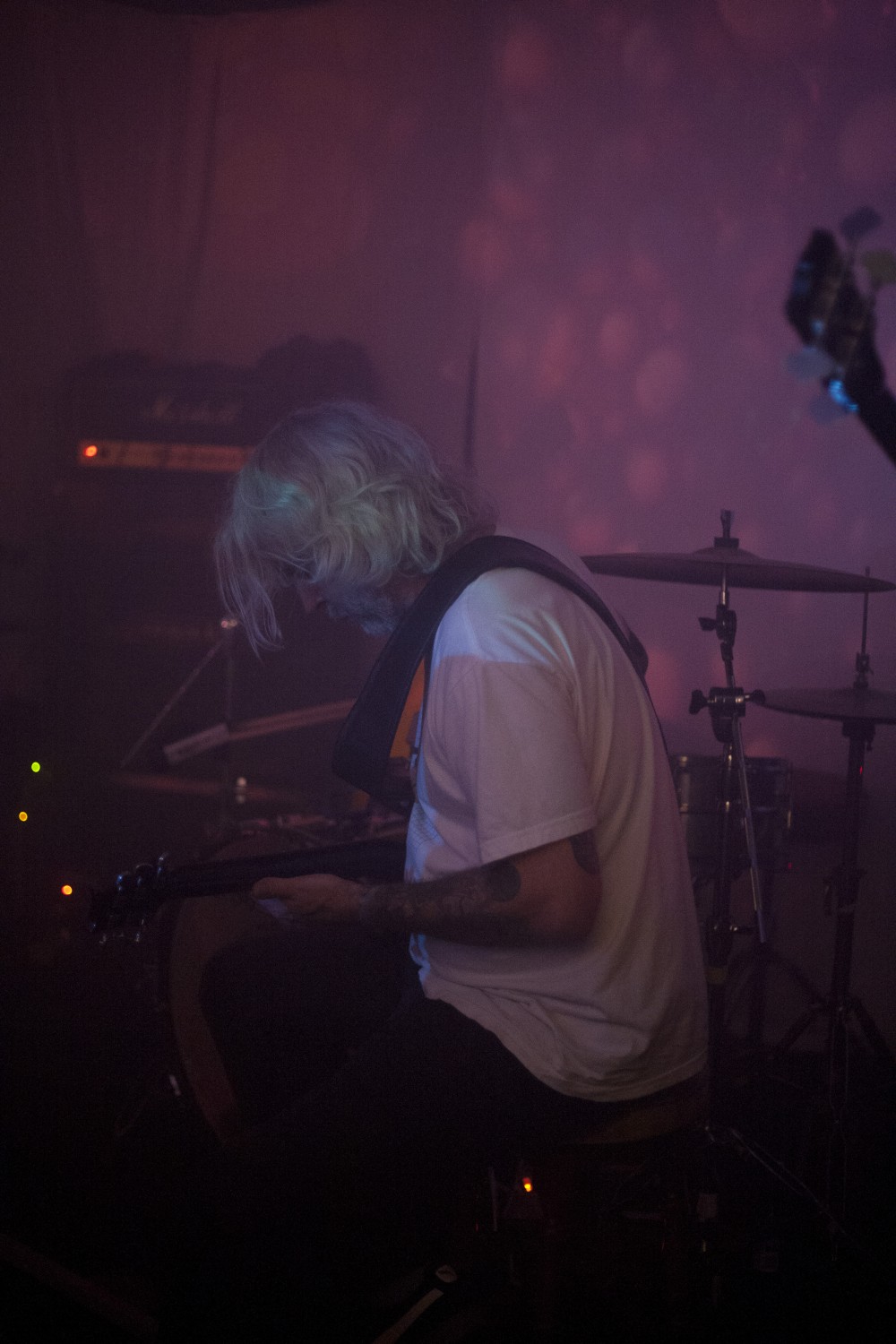