Blackpool’s Jekyll are an alternative rock four piece, with an emphasis on rock. The band formed in 2011 and were initially a trio before a fourth member joined in 2013. Since then the band have been working hard, gigging throughout the North West with the likes of October Drift and Demob Happy. 2015 saw Jekyll get a BBC Introducing Live Session and a chance to record their first EP, ‘Wounds’.

From the first track, ‘The Wounds We’ve Ignored’, it’s clear that Muse are a big influence on Jekyll. Lead singer/guitarist Joel Foster shares Matt Bellamy’s fondness for vibrato and sky-rocketing vocals and the band are similarly not afraid to move from melodic indie to thunderous rock riffing at the drop of a hat. The opening track is quiet and restrained to start with but soon picks up pace with drummer Liam Singleton making his presence known early via a busy, insistent rhythm which carries the song along.

‘Cramp’ follows with a great jittery and anxious-sounding riff from Foster and his fellow guitarist, Johnny Chatterton, before falling into a thumping chorus – featuring a line which sent me running for the nearest dictionary. ‘Suckling on the breast of braggadocio’ was the line that threw me . For those wondering, the last word in that line means ‘boastful or arrogant behaviour’,. It’s not often that rock music broadens the listener’s vocabulary, so hats off to Jekyll. The newly released music video for this song can be seen below.

Third track ‘Unspoken’ gives the band a chance to showcase a lighter side with shimmering acoustic guitars in the intro and a more melancholy tone to Foster’s voice. The rhythm section of Singleton on drums and Lewis Armistead on bass keep things moving whilst Chatterton’s guitar, the echoing tone of which is reminiscent of Johnny Marr’s work with Modest Mouse, gives the song’s chorus a boost of energy as the harmonised vocals yearn for knowledge of a lover’s deepest thoughts.

Final track, ‘Othello’, is the highlight of the E.P in my opinion. It manages to neatly encapsulate the band’s sound with a dark, almost gothic tone in places, a sinister, spidery guitar melody, a rolling bass line and rumbling drums. Once again your intrepid reviewer found himself in need of literary assistance minutes into the song – ‘querulant’ and ‘monomaniac’ anyone? A huge chorus complete with a wall of distorted guitar gives way to a bridge that finds the group at their most dramatic. The music rises to a high pitched crescendo before suddenly breaking down into a satisfyingly chunky riff as the rest of the band join in and take the song home.

As an introduction to Jekyll, ‘Wounds’ works extremely well. The production is crisp and sharp and the band are obviously a well-honed unit after four years of playing together. You can find more evidence of this at their live shows, such as the gig at Night & Day in Manchester earlier in the year which was reviewed by LSF here. For me, not really a fan of the histrionics of Muse, I was initially hesitant about Jekyll’s music on first listen, but on repeated plays the EP really opens up and reveals a band who are much more than just the sum of their influences. 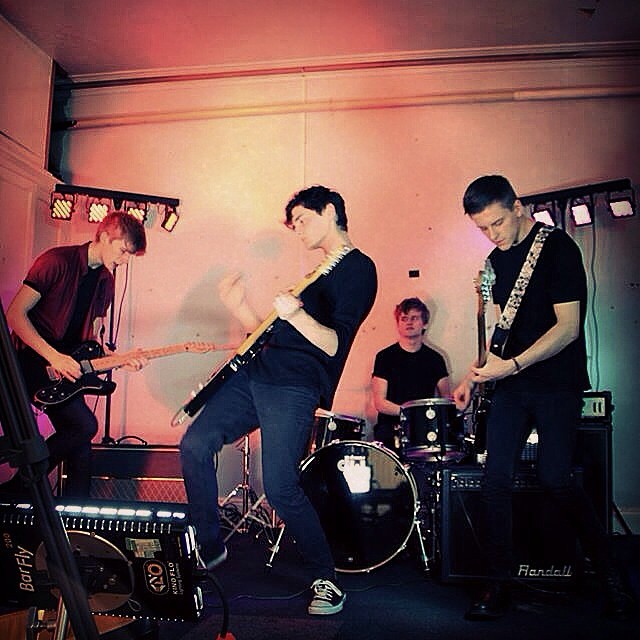