The first time I saw CPSD play I was left reeling and speechless. I became a fan on the spot. And every gig since, I’ve been left the same way. I have a tendency to become somewhat inarticulate after great sets, and CPSD do that to me every time.

For those of you who haven’t come across them – and you should, no you must, it’s an experience not to be missed – they play a mix of alt-rock, hard rock, electronica and blues. Just in case you were under the impression that that’s separate songs, it isn’t; their sound is that OK. The balance of those elements varies but they are always there. They describe this as pseudo-blues.

So up to now I’ve only had the live experience of CPSD to feed my soul but now we have their debut single ‘Only Once’.

‘Only Once’ sits on the fuzzy garage-y hard rocking end of their sound spectrum, and is heavy on the bass. I say heavy, the bass on this is capable of shaking foundations and disturbing neighbours several doors down. Add to this guitar that riffs hard, touches of synth and drums that are battered to within an inch of their lives. And you have something that is fucking fabulous. And that is before I even get to the vocals, Chris – the band’s singer and guitarist – lays down some impressive vocals that are at once both upfront and part of the music. It’s almost like he’s singing a lead guitar line I swear.

The thing about CPSD is that their songs are not just musically good, the words are well worth listening to. And this song is about something, Chris says: “Use Once is a mostly fictional depiction of a short term relationship, and centres on the lack of feeling attached to a one-night stand. Inspired by a time in my life when I was coming out of a long term relationship, and desperately seeking anything to feel better about what was happening. It’s a song I wrote not to glamorise or disrespect the other person involved, but to document the numbness I felt at that point”.

This, and this comes as no surprise to me at all, is an incredibly impressive debut release. It’s a must for anyone who loves rock music, rock music that’s different, rock music that draws on lots of different stuff. This is cool stuff people. 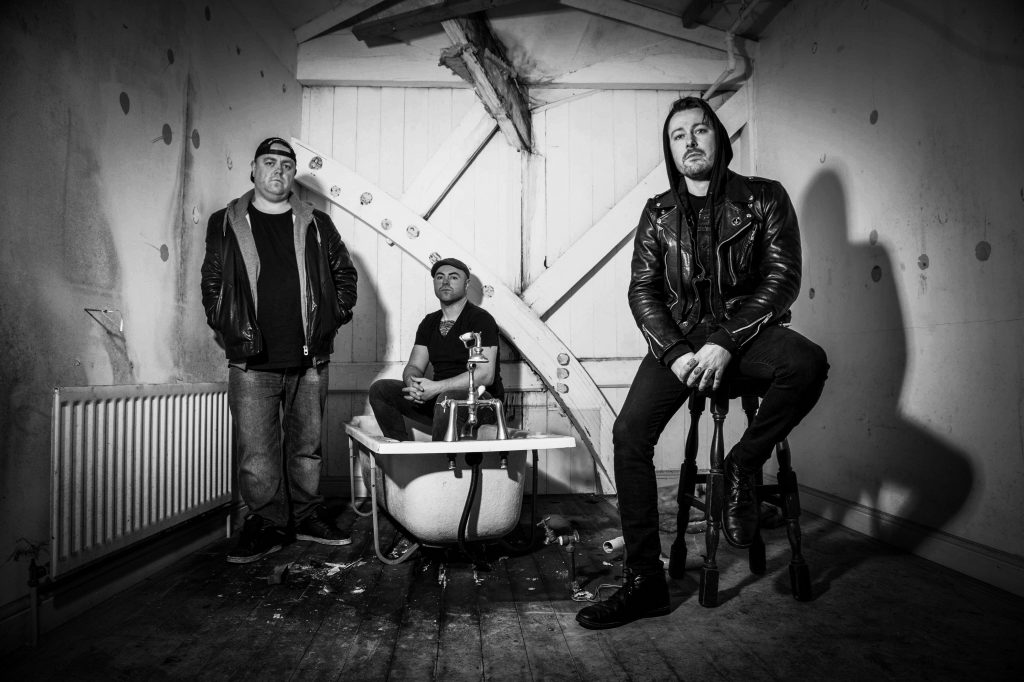 CPSD’s eclectic music background – working with such names and bands as Maxi Jazz (E-Type Boys), LSK (Tuffasonics), Djingo, Exoterik & Pulverise – forms the foundations of their development; adding to the inflections of bands they loved and watched growing up, who heavily shaping their decision to be musicians.

Whilst their gig schedule of venues and festivals has been slightly delayed, CPSD has forged a formidable stage show in the last year – which has captured the attention of both music fans and peers alike – and are prepared to hit the ground running and announce their upcoming live shows shortly, following the covid-19 enforced venue closures.