Some time ago, in the depths of lockdown, I reviewed Grace from KIN’s solo EP – released under the name GracieSouz. I was obviously prompted to take a listen to KIN’s music as a result and I was blown away, so the opportunity to review a release is one I leapt at.

‘The Runaways’ is hard to put into a musical niche – something I really love in a track – but in what is perhaps a vain attempt to describe it I offer dreamy electronica indie-pop. What I mean by this is that it mixes synths and infectious guitar figures and riffs.

The first thing I am drawn to is Grace’s vocals. She has what I might call a distinctive voice – it’s not just a vocal, it’s a performance. Early in the song she’s often vocally staccato but then her voice soars. When it soars it’s beautiful. And later on in the song she shifts her vocals up a notch; and oh boy.

Musically it starts simple – a repetitive guitar, gentle synths. And then it bursts into something huge; and then it repeats. The break is a thing of dreamy beauty building to a climax. There is a story in the music.

And in that music I hear sounds that trigger the thought that although they might be electronica indie-pop, there’s a musical depth. A depth that builds on bands that have been before. There is, and as a 80s’ youth this brings joy, something of The Couteau Twins. It’s there in Grace’s vocals, it’s there in the mix of guitar and synth.

It’s obvious the music tells a story; and this song has a story to tell. Grace explains ‘Inspired by a real experience, The Runaways follows two people as they navigate a new place and relationship together. It encapsulates the excitement and trepidation of leaving a settled life and venturing into the unknown’.

The start of the song is quietly reflective and as the song continues the story it reflects the rush of running away together. So this is a track of music and lyrics telling the story; and doing that perfectly.

And the lyrics of this song are compelling, put together with care and are emotionally real. They deserve your attention.

Early in this review I went through some difficulty in describing what this song is; as is often my way I have to admit. But on a simpler level this is a pop song, a classic pop song, pop written and put together with care and attention. A song that is about something, a song that is full of emotion.

This is a song that is both instantly in your head and rewards repeated listening. There are always new things to hear – a sound you didn’t quite catch before, a vocal that you hear in your soul. And the more you hear the song the more the story of the song compels.

‘The Runaways’ is an incredibly lovely song that in the short time I’ve had it I’ve grown way too addicted to. Make it your new musical addiction. 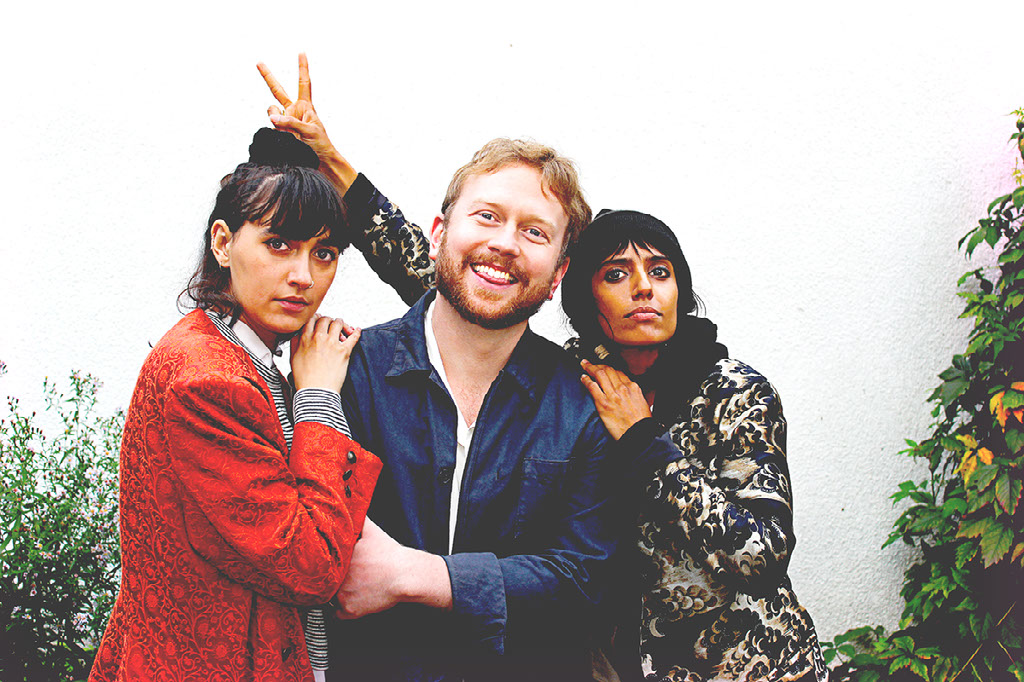 The band all have a creative background; Grace is a performance maker and model, and Ritu and Adam are both actors. Adam recently finished a run at the National Theatre and Ritu is a lead in the second series of Netflix’s The Umbrella Academy.

The song is accompanied by a self-directed video filmed in London and Brighton which is inspired by 1980s Hollywood including Steven Speilberg’s ET.