The third release from Manchester Gutter Punks The Battery Farm – ‘Crude Oil Water’ – is mainly a bleak piece of a kind of post-punk sounding thing. I say mainly because it drops out from pounding drums and what I can only describe as squelching sounds to these beautiful soaring melodic sections that have kind of a ‘Low’ period Bowie feel. The pounding drums sections have something of, say, a Bauhaus feel although that elastic squelching sound isn’t, that’s more weird electronica post-punk. All I can say is that it reminds me of all sorts of post-punk/Gothic/DIY-ish music from my youth. And this is no bad thing. Musically it oozes dehumanisation and alienation, no that’s wrong, it just is that.

This song is truly fucking disturbing. Given that the band say that the song is ‘about dehumanization and the ease with which Human Beings objectify each other for entertainment and gratification, framed through the prism of someone watching strangers drown in a crude oil pit’ this was to be expected but what I didn’t expect was something this disturbing. It vies with music from Vukovar, a band whose music I find incredibly scary and disturbing.

It’s at this point I need to take a short time out from reviewing the single, and talk about the fact that being disturbed or scared by music isn’t a bad thing. These are emotions, emotions that are available to artists to provoke in us, in the same way as a song might make us happy or sad. Art, which music is, can do that. What makes this valid is when by doing this the artist is trying to make a point, which in the case of this song I think you’ll agree the band are doing.

This release makes me think ‘why in the hell have I never heard of this band before’, it’s brilliant. It’s disturbingly beautiful. It’s the sound of a band doing their own thing, and doing it incredibly well, doing it with a passion that comes through in the music.

Their previous two releases are more punky in sound than this, they do that sound in their own way too, so do check those out as well. 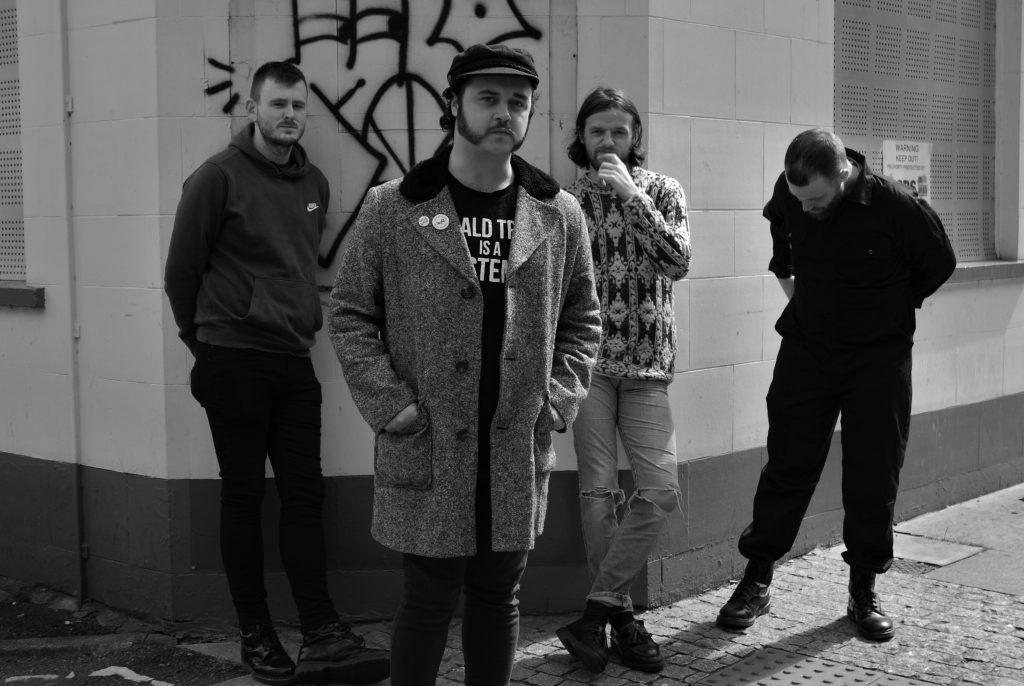 The Battery Farm are a Gutter Punk four-piece from Manchester playing punishing, pulverising rock music brimming with pain and passion. The Battery Farm was formed in March 2019 by brothers Ben and Dominic Corry. It was formed as a cry of despair; a terrified and furious response to a world that rapidly seems to be going wrong. This is reflected in the sound of the band which is frantic, visceral and violent but also laced with beauty and melody. Their sound has been compared to bands like IDLES, PIL, Fugazi and Pere Ubu while maintaining something thrillingly real, original and human. They write about their selves and the world they see around them with guttural honesty and searing compassion.

They released their debut single ‘97/91’ in July 2019 to extremely positive reviews. The second single ‘I Am a Man’ followed to further acclaim with music blog Dreamin’ is Free calling it ‘a fitting anthem for our times’.

The band say ‘We are presenting something borne from personal experience that chimes with the difficulties and anxieties that a lot of people face today, and people are responding to it. Life’s a battery farm. It’s a sick, sick world’.

The Battery Farm are:

I Am a Man Official Video