I saw The Goa Express ages ago, absolutely ages ago, in The Golden Lion in Todmorden playing to a room packed with people that had come to see them. I was impressed then, really impressed. This single shows that since I saw them the band have been honing their sound.

This people is a blast, an urgent blast of 60s’ influenced psych R’n’B. But The Goa Express bring their own take to this, for under that raw abrasive choppy riffing guitar there is organ, there is frankly loose drumming, there are vocals that have something of a young Bob Dylan. There are backing vocals that are somewhat slightly chaotic.

And the sum of it’s parts is so fucking good, it’s addictive. It sits there saying ‘Go on, play me again, this time just that bit louder’. Music ought be like this, so loose it’s on the edge of falling apart, sounding like it was recorded in a living room while the band were rehearsing. It should be this urgent, it should have this rush.

This, people, is music to lose your shit to, it’s music to go wild to. Just go fucking listen to it. 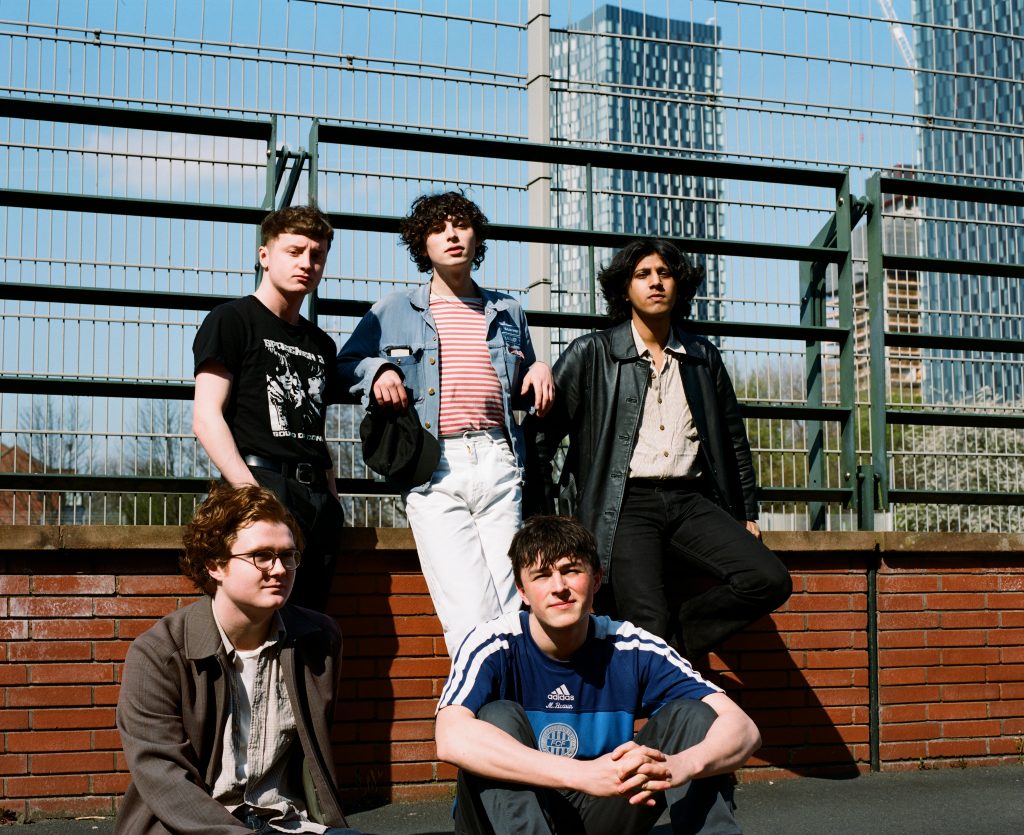 Teenagehood, brotherhood and a love for an array of alternative music, across the years, has closely united Burnley and Todmorden’s, The Goa Express. Although the intensity of their friendship has resulted in the occasional bust-up, along the way, it is outweighed by their chemistry, which the band offers collectively both on stage and on record. Together, James Douglas Clarke (Guitar + Vocals), Joe Clarke (Keys), Joey Stein (Lead Guitar), Naham Muzaffar (Bass) and Sam Launder (Drums), each contribute to a fuzzy wall of diverse sounds that become hard to pin down with their ever-changing, experimental sound.

Since coming to Manchester, The Goa Express have enjoyed support slots with international bands like The Murlocs, Moon Duo and Mystic Braves as well as performing live with domestic indie champions such as Cabbage, YAK and The Orielles. Whilst at university, The Goa Express have played headline shows at both Manchester’s Band On The Wall and The Castle Hotel, as well as slots at Liverpool Psych Festival and the Leeds based, Karma festival. Their live sets are raw, and with expressive, outspoken mindsets, the band transform the hyper-communication and speed of modern life through hard-hitting, relatable lyrics.