And now for something a little different, Wandering Monster are a jazz-rock band. Now before you stop reading what I am going to try to do is to persuade you that you should give this a try if it’s a genre that’s new to you. Obviously if you’re a fan of this then read on.

What this isn’t is the jazz-rock of old – the sort of stuff I listened to way back in the day. Nor is it anything like the Hedvig Mollestad Trio, a jazz-rock band I adore. It’s more jazz than rock, the piece is written to evoke mood, reflect situations and places. Being purely instrumental, that’s done in structure and sounds, the way the instruments are played, the sounds they make and the interaction of the band as a whole.

This is very much the case with ‘Metropolis’. Written by Sam Quintana while he was in New York, the track feels like that city. He explains, “I’d been listening a lot to the likes of Herbie Hancock’s ‘Mwandishi’, Joe Henderson’s ‘The Elements’ and the Wayne Krantz trio, so was keen to experiment more with collective improvisation and interplay, improvised tempo changes and minimal harmony. In this track, these ideas result in an immediate improvised section over a bass ostinato and a blistering solo from Calvin Travers on guitar.”

Before I go on. I ought to tell you that I often see pictures – specifically films – when I listen to instrumental music. I often place songs with vocals into the soundtrack of a film in my head. This isn’t how the band told me to interpret it, it’s how I see it.

There’s the kind of sound at the start of it that sounds like the theme tune to a New York based TV show, at least to me. There are periods of calm that evoked for me the idea of over the city camera shot, the guitar staccato as you might see skyscrapers passing under you. But we swoop down, we start to hear and see the bustle of the city, car horns sound, it’s faster, the guitar is more distorted. Horns tell us that this is a cool place, the place to be. And yes, there’s a jazz structure, there’s returning to a phrase. There’s obviously the use of improvisation.

What I love about this piece – it’s nearly 8 minutes long – is that you can listen to it again and again, and there’s always something new – the sound of the horns at a particular point, the way the drumming changes throughout the track.

I haven’t mentioned the playing on this track as yet, and that’s an omission I must correct. The playing is amazing, jaw-dropping good. Each individual player is a solo artist in their own right but this band can mesh beautifully. The interplay of the instruments can leave you speechless, and there’s more of those the more you listen.

Hearing this release has left me disappointed that I’d never come across them before, I’ve been missing out on something incredible.

Please do give this a try. You may need to listen to the track a few times before you get it, but it’s worth it.

This is an incredibly impressive release, it’s insanely good. 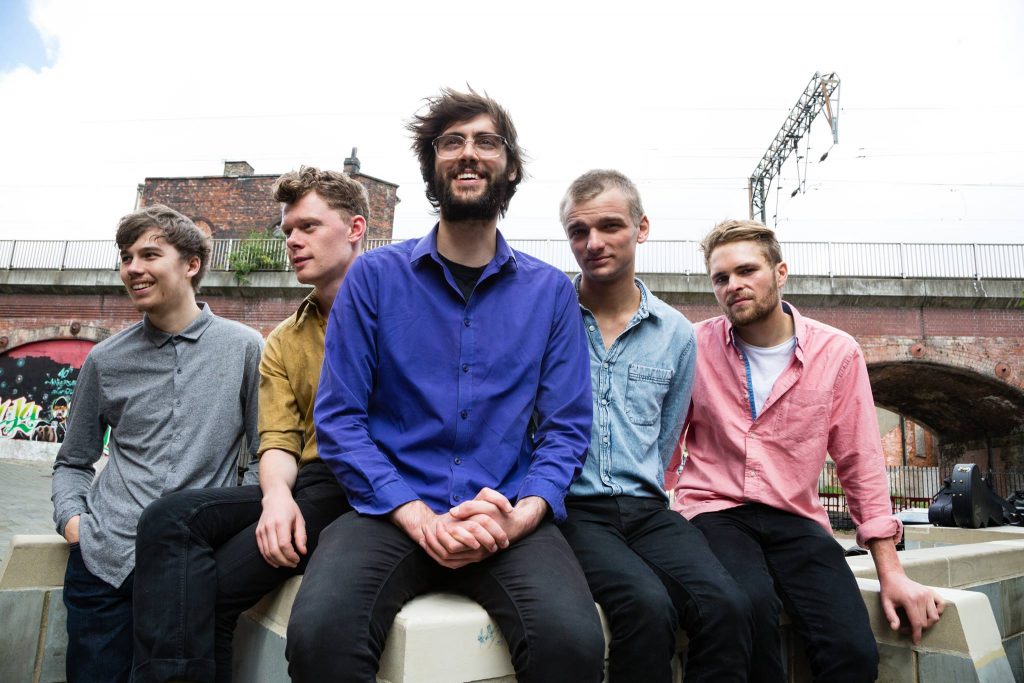 This release follows the 2019 release of their eponymous debut album In a striking development to their previous work, the enigmatic quintet adopt a grittier sound with a harder edge, while retaining the dexterous technical ability, broad sonic palettes and improvisational flair that gained their debut album widespread acclaim.

‘Division’ – a track I’ve had access to and again was hugely impressed by – will be released as the other track in a Double A side release with ‘Metropolis’ on 25th September.

Wandering Monster launched a successful ACE funded tour in 2019, as well as performing at institutions such as Manchester’s Band On The Wall and London’s Ronnie Scotts. They have also snared some influential support slots for Oz Noy, Seamus Blake, Trio HLK and Mammal Hands.