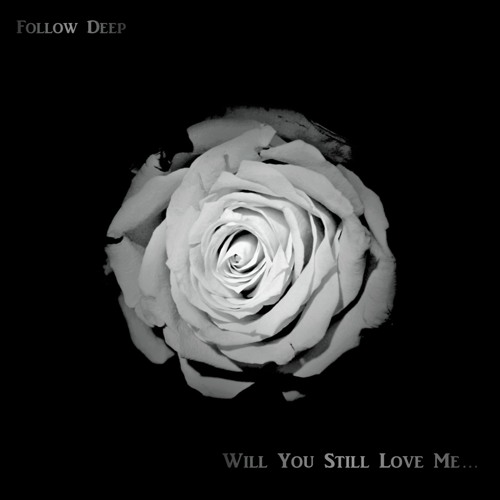 Follow Deep are one of those bands that do rock. It’s kinda alt-rock influenced I’d guess, but they throw in some indie-rock stuff just to get us all confused. In fact they throw in all sorts of things.

There is more of a bias towards alt-rock on the album, which for me is no bad thing. And it’s alt-rock that leans heavily towards the heavy. Indeed some of it leans so heavily towards the heavy they begin to sound like a heavy rock band. I think I said this in a previous review but once you start to get really heavy and raucous then the dividing line between heavy alt-rock and heavy rock starts to get really blurred.

Album opener – ‘Before The Storm’ – starts loud, it kinda starts strangely sounding like – and this is something of a blast from the past – Diamond Head. Yep it does that alt-rock loud/quiet thing but the loud is way way way heavy, and it even does something of a ‘Kashmir’ thing. The first thing you’re going to notice on this track is that the playing is cool, this is a band who know what they’re doing musically. The vocals are great. And that this is a band who are not afraid to chuck loads of stuff into a song.

‘Alive’ is something of a mix, a fantastic mix. Look it’s a great rock song. It has a fab tune. And it throws some great backing vocals into the mix.

What can I say about ‘Sweet Innocence’? It’s basically sleazy to the max. It does that quiet/loud thing. But the vocals, even in the quiet bits, are pure heavy rock stylee. It does grinding bass, and squealing guitars. It’s fab stuff people.

So for the first surprise – ‘Press Rewind’ is something of a poppy indie tune. Coming after ‘Sweet Innocence’ this is fairly shocking, and it had me confused. It even features synth FFS. I mean what are this band does to me. The thing is that even though it’s a shock it’s cool, it bounces along and has a tune to die for.

Following this with a an almost blues-rock track – ‘Hearts In Hands’ – is something of a jolt to the system. But this track is cool, way cool. It has great dual-ish vocals and guitar that rocks big-time.

‘Lifeline’ does that slightly poppy rock thing, it’s light heavy rock, if you get what I mean. But it features this wonderfully grungey bass heavy guitar, and way cool bass dropouts. And it features the first appearance of saxophone – yep I said saxophone. This unless you know the band have a sax player comes of something of a surprise. But it’s great., that sax break makes the track.

‘Steal A Flower’ is almost pure alt-rock, yep it’s heavy again in the loud bits. And the band throw in this hugely effective but strange twisted vocal bit with synth. It’s this sort of stuff that make Follow Deep stand out.

‘Paradise’ I guess is somewhat indie but wait, it isn’t it suddenly hits us with something that is strangely post-hardcore and then something that is so way out there it needs to be fucking heard to be believed. It’s at this point in the album I began to wonder quite what Follow Deep are on (and could I have some please).

The fantastically epic (look it’s over 7 minutes long) ‘The Same’ starts off as an acoustic ballad and then bursts into heavy alt-rock life, before a sax break, a quiet brilliant vocal section, then a soaring alt-rock section and then the most amazing guitar break. It is incredible.

I started listening ready to dislike this album but before long I found myself loving it. Follow Deep do music that isn’t easy to put into a niche. You have them pegged as a heavy alt-rock/heavy rock band and they hit you with ‘Press Rewind’, you accept that and then you get ‘Start A War’ something that is just so… out there. I love bands that do that, that just do what they want without trying to shove themselves into a restricted genre niche.

The music on this album is inventive, has a style all of it’s own, and is fantastically well played. If you’ve not heard of Follow Deep, now is the time to listen to this.

Follow Deep are a young, emerging indie/alternative rock band from Hull. The band has a heavy yet unique sound – mainly due to having a saxophonist in the mix – that brings an energetic quality to every stage they step foot on.

Highlights so far include: