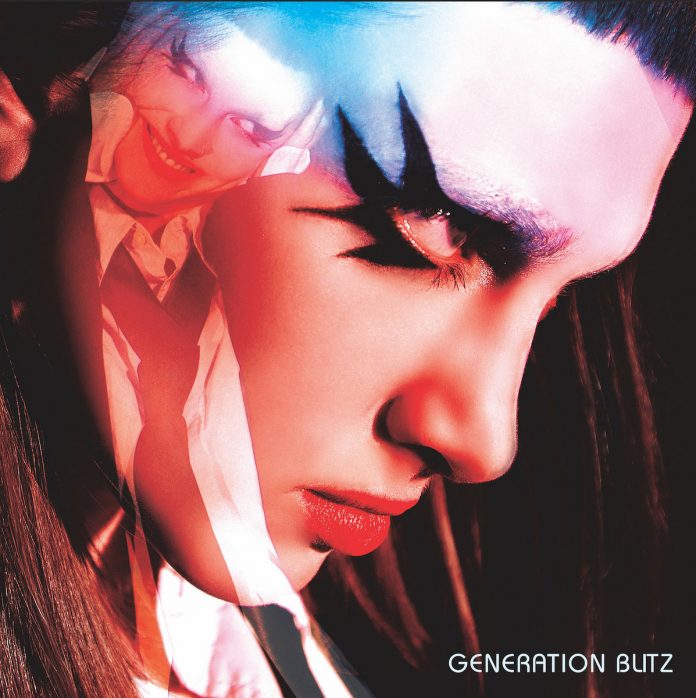 I’m going to open this review with a track by our local interest, the band Scenius with their track ‘Escalation’. Scenious do electronica with soul and feeling; in the case of ‘Escalation’ that soul is provided by the vocals which, in contrast to many of their other songs, are way upfront. They’ve always made music which harks back to the classic synth-pop/electronica era – usually with more than a hint of post-punk. It’s what I would describe as dark-ish or moody as a rule but this is surprisingly bouncy; but if I’m hearing them right lyrically this isn’t that upbeat. Soundwise If I was forced to I’d say that there are hints of early Depeche Mode and OMD. Electronica pop with depth and feeling. It’s a wonderful thing folks.

This is a double album (there are 34 tracks!) so a whole album review just isn’t practical; here’s some of my highlights.

Falling into what I might describe as a homage to the era is ‘So Gone’ by BlakLight. For those of you who are familiar with Blitz era music the sound of this is going to be instantly familiar. Hints of Depeche Mode, even something of a Spandau Ballet feel, this is that pure Blitz sound. And bloody great it is too; earwormy as hell, great dance track.

Moving onto something a bit more experimental Platronic’s ‘Maybe Someday’ is gloriously compelling. Space-y, echo-y, hints of rave BUT with the sweetest vocals and mysterious spoken passages. Plus the surprising inclusion of piano.

‘The Masquerade’ by Nature of Wires (feat. Stephen Newton) is one of these big electronica songs – powerful vocals, strong beat. But it’s the details that grab you – the vocal fx that are subtle and clever, the clever layering of sounds. And yes, it’s somewhat retro.

‘Middle Aged Rebel’ by The Livelong June is a riotous, sometimes punky. track that takes what can only be described as the Miami Vice soundtrack and mutates it into something fab.

‘Radio Kootwijk’ by Birmingham Electric deconstructs a certain Depeche Mode track and mixes it with something that can only be described as OMD. The result is something that sounds like it’s from way back but way up to date. It’s just a great pop song, simple as.

As a compilation this is a great intro to the sounds being made by electronica artists – poppy, raw and riotous, complex, experimental. There really is something there for everyone. Containing so many tracks there’s bound to be some that are going to be favourites but it’s also going to hook you up with some artists you haven’t heard before. And if you’re anything like me you’ll be taking off into streaming services to explore further.

Featuring exclusive songs and remixes alongside classic tracks, Generation Blitz brings together many of the most exciting names from the global electronic music scenes inspired by the Blitz Club era. The collection includes overt homage alongside creative deconstruction of some of the sounds and styles of the period. The set moves from sophisticated synth pop classics to electronic new wave floorfillers and takes in minimal electronic synth punk and outsider post punk along the way. These are the sounds of a global scene that is an open space for all genders, sexualities, ethnicities, ages and abilities.