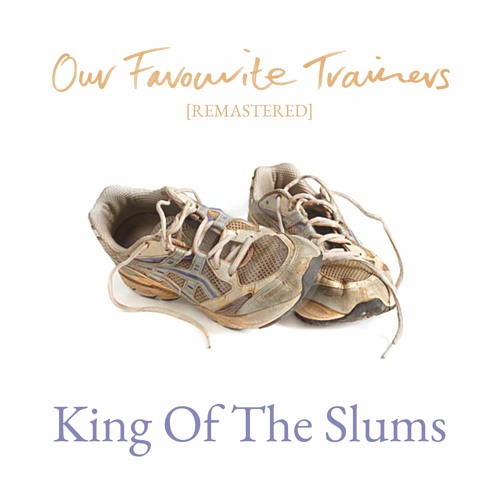 This release is a compilation of tracks from the band’s ‘Artgod Dogs‘ album and ‘Peak Human Experience‘ EP – their last two releases – which have been remastered. However, it’s been a while since I’ve listened to these, and this gives me an opportunity to revisit both of those and see whether I have altered my opinions.

Taking a look at the track listing, this certainly includes some favourites of mine, so that’s a good thing to start off from. However it includes other songs that haven’t figured in my favourites, time to really listen to those.

The album opens with the still intriguingly named ‘Goya Pinter Honey Bed’ which even if you know the track sends you scrabbling back in your mind to what this actually refers to. The title itself is a kind of summary of the story of the song. Musically there is an almost jazz feel to some of it combined with loud riffing guitar sections – kind of like The Dead Kennedy’s ‘We’ve Got a Bigger Problem Now‘ in form but not in sound. It’s a musical trip. The story involves looking at Goya, reading Pinter, eating honey and going to bed – strangely enough – with a side trip into a discussion with a fellow musician about their trip to Europe.

‘Jimmy Flamingo’ is musically space-y to start with with a slight reggae feel and then it explodes into loud riffing rock which still has a space-y feel. It kinda reminds me of a heavier Here & Now (one of my favourite bands from the 80s); whether the band would thank me for that comparison I have no idea. The song is about the aforementioned Jimmy. Interestingly this track wasn’t one of my favourites when I first heard it, now I’m wondering why. It’s a joy.

And now for something else that kinda reminds me of Here & Now – but perhaps from earlier in their career than the early 80s (honestly I’ll stop comparing them to Here & Now) – ‘Cut Throat Living’ Musically it’s fucking fantastic. Lyrically the song could be summed up lyrically as being about the grind of working to live and what that does to you. ‘Nuff said, I love this song.

‘Crombie And Grist’ is heavily string driven (I’m hearing that as viola), features dual lead vocals. And is the strangest most compelling heavy rock-folk thing I’ve ever heard. Look, the band throw all sorts of stuff at this – backing vocals to die for, a beat that would drive a mosh-pit into a frenzy. Complaints, only one, it’s not bloody long enough, this is something you want to go for ever.

Already exhausted from throwing myself into a frenzy over ‘Crombie And Grist’ up next is ‘Crow Syndrome’. This is equally as mad and frenzied but it comes with a degree of subtlety musically. This thing changes people – there’s rock with a hint of reggae, there’s poppy sounding sections, there’s sections with mad viola that sounds like a guitar being tortured but better.

I can’t better what I said about ‘Storm Linda’ in my review of ‘Artgod Dogs’. It’s still one of my favourites. And it’s still the case that even with the words in front of me I can’t work out what it’s about. It’s this delicate, sort of psychedelic thing, at least at first – think sort of early Floyd or even Gong. The viola on this is so so haunting. It changes, it’s less delicate but it’s still a trip people. There’s this pulsing guitar that swirls in your head. The drumming on this track is just brilliant. And those vocals, light and delicate one moment, fuzzed and echo-y the next. Wonderful stuff.

I think ‘Summer Scribbler’ was one of the tracks I didn’t cover in my reviews previously, listening to it now I have no idea, not in the faintest, why. It’s amazing. Musically it’s guitar heavy and oppressive. It drags you in and down, down, and further down. It has a weight to it.

‘Bones’ has something of that halting punky sound to it. But it has these dropouts to quiet delicate sections that creep up on you and surprise. Strings swirl away in the background.

So this is what I said about album closer ‘Diamante Swansong’. It is another one of those huge surprises. It’s another of those changing songs, one moment it’s a slow sort of ballad-y thing, the next it’s a whirling rocky thing. The next it’s a viola showcase solo thing’. What I didn’t say is that it’s a sheer fucking joy, I should have.

So how to sum up the experience of listening to this album. I am reminded that musically KotS are without flaw, this is a band who sure know how to play. Their songs are full of changes, change ups and twists that wouldn’t work unless they could play. But I am also reminded that they write songs that make your brain work – these songs have great words, I may not be able to always work out what they mean, but it’s worth the time really listening to the words, the effort is rewarded.

As a fan, as I am, of the band any release is to be greeted with joy and celebration. And one that makes you re-evaluate what you thought of the songs originally has to be good. For those of you who may not have listened to the band before, this is a good introduction to their recent releases – it’s like a condensed version of the last two.

This is joyful and thought-provoking stuff people. Music that you should, no must, give a listen to, you won’t be disappointed I promise you.